Organizer: 2018 a milestone for Shanghai race 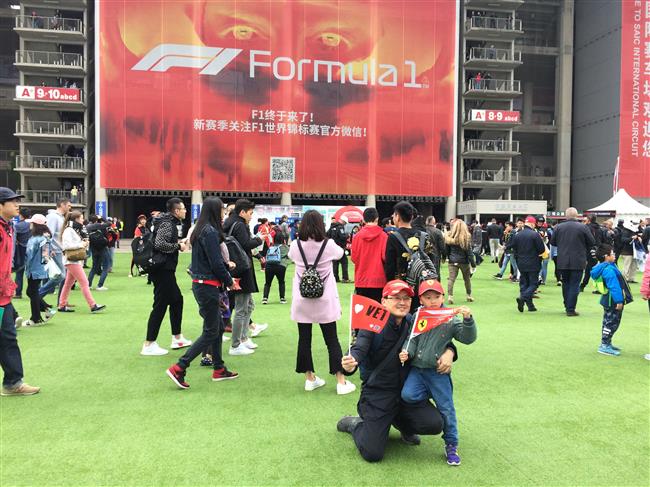 It's the 15th year for Shanghai to host the F1 Chinese Grand Prix.

The year of 2018 marks a milestone for the F1 Chinese Grand Prix as the sport’s governing body tweaks the way races are run, local organizers say.

Since Liberty Media took over the Formula One Group (previously referred to as FOM) last year, the group’s chairman and chief executive Chase Carey has emphasized his expectations regarding the Chinese market on several occasions.

“The changes (brought about by the new bosses) have been quite obvious compared to the Bernie (Ecclestone) era,” said Yang Yibin, general manager of local organizer Juss Event. “The Formula One Group values local promoters a lot and is willing to share more commercial rights with them, which allows us to seek local partners and better explore the market potential of the annual race.”

“We share the same point of view that the first step is to expand the market and make the Chinese Grand Prix successful. It’s only after that can we discuss about distributing the benefits,” said Yang.

The increased interactive games at this year’s Fan Zone at the SAIC International Circuit in suburban Jiading District drew praise from spectators, who also spoke glowingly about other changes, like the variety of food choices. A tire changing experience zone, where participants become temporary technicians and work in groups to change car tires, was particularly popular. There was still a queue in front of the zone two hours after Saturday’s qualifying in the afternoon. 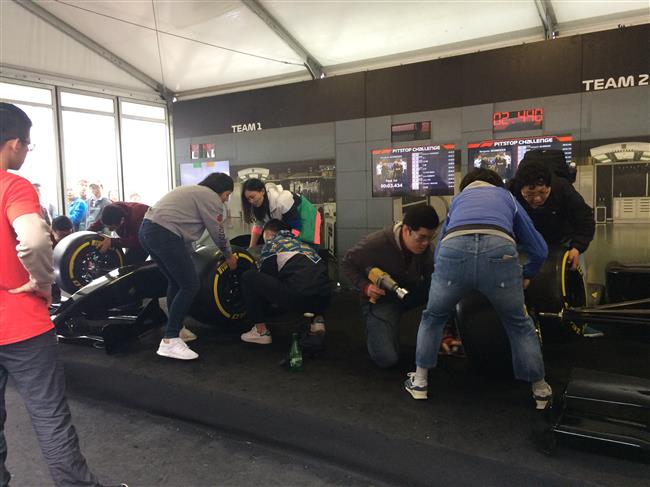 Spectators can experience tire changing at the Fan Zone.

“I am impressed by the enriched food choices here this year,” a local motor racing fan Cheng Rui told Shanghai Daily. “I am here for the third straight year, and I have noticed small improvements every year.”

According to Yang, Formula One Group officials made six visits to Shanghai before this year’s Chinese GP to discuss promotional and operative details with the local organizer, which had never happened before.

“Apart from increased communication, the separation of race staging and broadcasting fees also eased our burden, so that we could spend more money on race promotion.”

The new governing bosses made an exception for China this year by reaching broadcasting deals directly with Chinese broadcasters, including China Central Television, Shanghai’s Great Sports and online broadcaster Tencent. The races are getting even more exposure among Chinese fans than before.

The inaugural F1 Chinese Grand Prix attracted a record of 260,000 spectators to the Shanghai International Circuit in 2004. With the removal of some temporary stands, the figure was cut down in the next few years.

“After so many years of operation, we have cultivated a comparatively steady fan base for the annual race,” said Yang. “The circuit now has a capacity of 60,000 and attracts about 150,000 spectators during the three days of a race weekend.

“Compared to the early years when people came to the circuit simply to experience a new sport, the fans we have now are more loyal and professional. I would say that about 80 percent of those who come here are regular followers of the sport.”

Tickets for this year’s race were almost sold out by Saturday except for a few Stand K seats.

Yang revealed that the Chinese race next year would very likely become the 1,000th GP in F1 history.

“Apart from ensuring the successful organization of the annual race, our future efforts will be focused on making better use of F1’s intellectual property platform and its brand value. F1 should not only be Shanghai’s sports name card, but also contribute to the city’s sports industry,” said Yang.