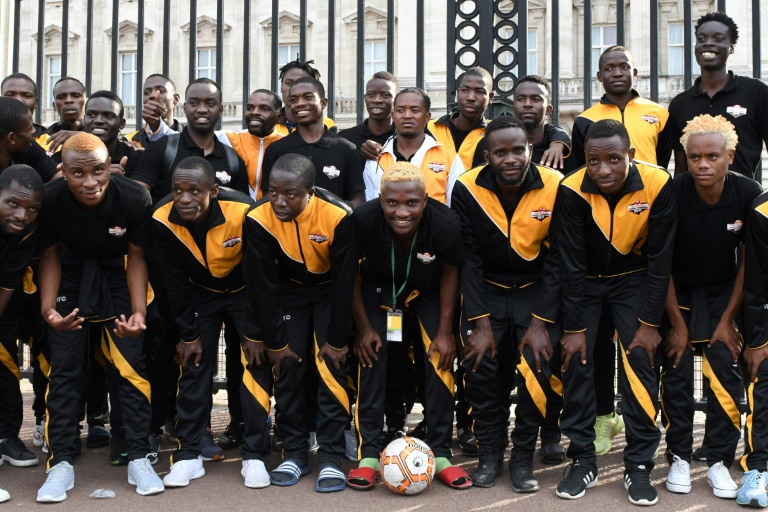 The Matabeleland soccer team's dramatic, crowd-funded journey from a dirt field to becoming stars of the sport's alternative World Football Cup is a mighty contrast with the upcoming billion-dollar bonanza of Russia 2018.

The Zimbabwean side won hearts at the London-held tournament for football's outsiders, thanks to their infectious joy at simply being there -- made possible by a shoestring budget of crowd-funding and donations.

But as they head home on Monday, the team hopes it was not the pinnacle of their journey but the first step in reinvigorating a region ravaged under the rule of deposed president Robert Mugabe.

Fuelled by team spirit, with traditional singing and dancing turning their games into carnivals, the side also had some star power to call on, as former Liverpool goalkeeper Bruce Grobbelaar helped out with coaching duties.

But the Matabeleland Football Confederacy (MFC) has literally no money: their effort was entirely built on donations and crowd-funding.

"We had two balls, a dirt field and a handful of cones," said Matabeleland's unpaid English coach, manager, agent and kit washer Justin Walley, 47, of the time he got on board in October last year.

"People have said we have won the tournament, in many ways."

Their grassroots story of amateur endeavour is a timely antidote before the FIFA World Cup extravaganza in Russia.

Their stay in the tournament's suburban hotel was covered during the competition but the team arrived a day early and stayed on for Sunday night, eating up a few more thousand dollars.

"We're pretty close to covering it all in crowd funds," Walley told AFP.

"But we will be back to zero when we go home."

"It would be nice if we had more money so we had something to build upon rather than struggling."

Online sales of the team's colourful shirts have raised some cash, while a spare change bucket has done the rounds at matches.

Walley's mother has lent the team ￡2,100 ($2,800), while one fan arranged a fried chicken takeaway for the team's arrival in London.

A brief team sightseeing trip into central London, burning up ￡200 in Tube tickets, was made possible by a novel idea.

When the Chagos Islands stepped in for a friendly fixture on Thursday after Matabeleland's Isle of Man opponents quit the tournament, Walley auctioned two spots on the substitutes' bench, raising ￡330.

Grobbelaar, now 60, captained the side.

The Zimbabwean, who began his career in Matabeleland's capital Bulawayo, signed up as the goalkeeper coach but then joined the playing squad.

When Matabeleland's World Football Cup dream was threatened by last-minute visa problems, Grobbelaar used his connections to get the Zimbabwean government to pull the necessary levers.

"It's been brilliant having him around the team. He got all the lads boots," said Walley.

"The boys' eyes are sparkling when he's involved."

In the early 1980s, tensions flared between Matabeleland's Ndebele people in Zimbabwe's southwest, and the wider country's Shona majority. A campaign of repression on Mugabe's watch saw tens of thousands killed, while the army disrupted food supplies.

"Most of the guys in the team are the first generation descended from survivors" of that violence, said MFC president Busani Sibindi, 34, who started the team in 2016.

"This has brought a community together. It has given people hope, faith in themselves and a sense of identity.

"It sends a message about the possibilities of healing beyond conflict."

Both Sibindi and Walley have noticed a transformation in the players during their six-match World Football Cup experience.

They bounced back from early 6-1 and 5-0 defeats to eventual semi-finalists Padania and Szekely Land, to beat Tuvalu 3-1, triggering joyous celebrations.

"Their lives will never be the same again. In terms of life and career development, they will be better men, because we have all learned that you don't give up," Sibindi told AFP.

Walley said the professional discipline they have adopted will make them more employable outside football.

Several players are students, some are in a football academy, one has a print shop and one used to sell peanuts on the street.

Captain Praise Ndlovu, 24, said: "It all started as as dream but it managed to become a reality.

"This is not the end. We believe this is a stepping stone for something greater."

And the defender, training to become a primary school teacher, added: "We are going back home to make all the necessary corrections."

He said: "They see us as representing the way they wish football still was." 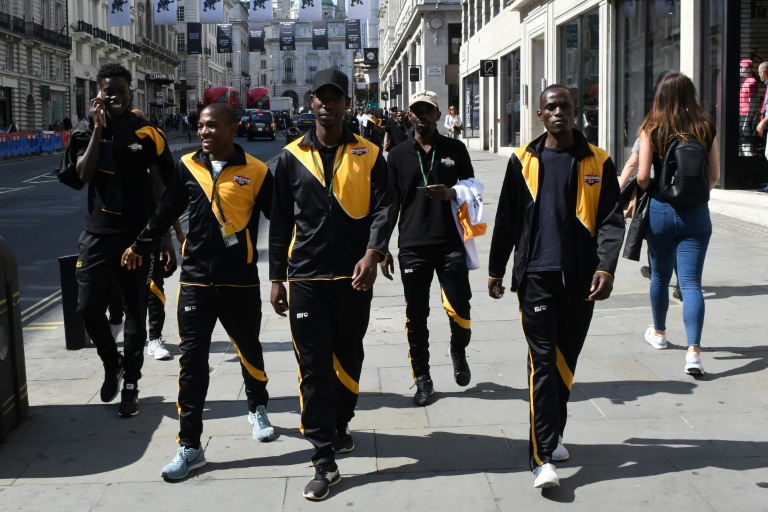 Members of the Matabeleland squad go on a sightseeing tour of London on the sidelines of the CONIFA World Football Cup on June 8, 2018 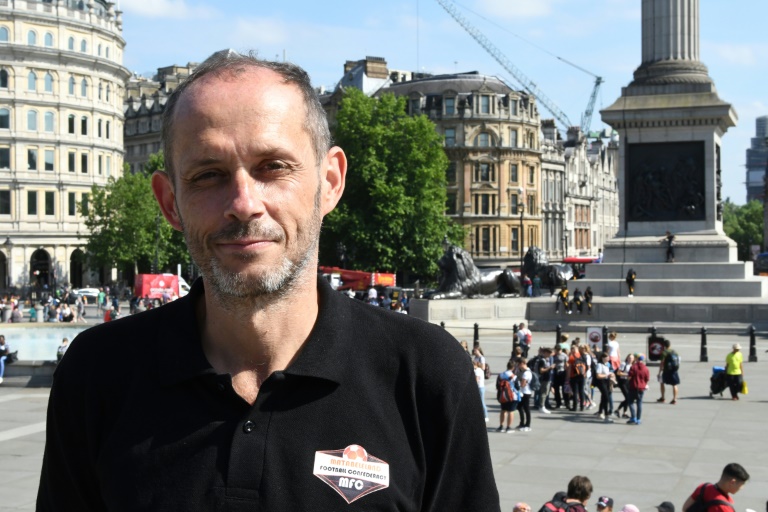 Matabeleland's English coach Justin Walley poses in Trafalgar Square during a sightseeing tour of London on the sidelines of the alternative World Football Cup on June 8, 2018 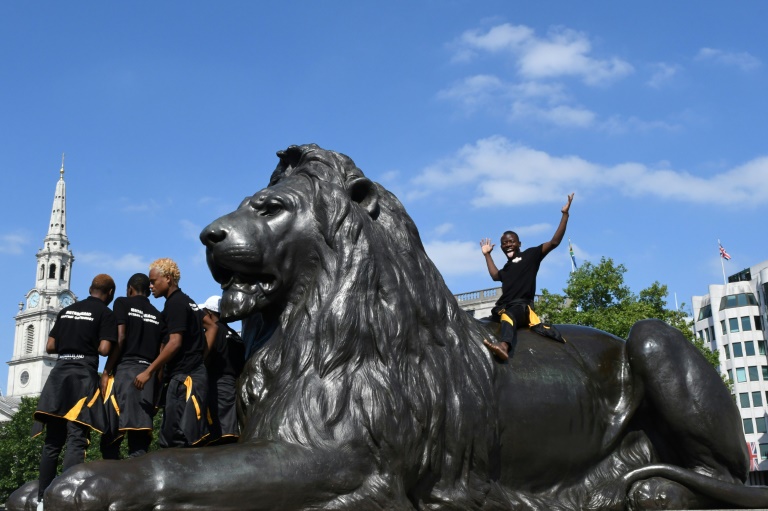 The Zimbabwean side won hearts at the London-held tournament for football's outsiders, thanks to their infectious joy at simply being there 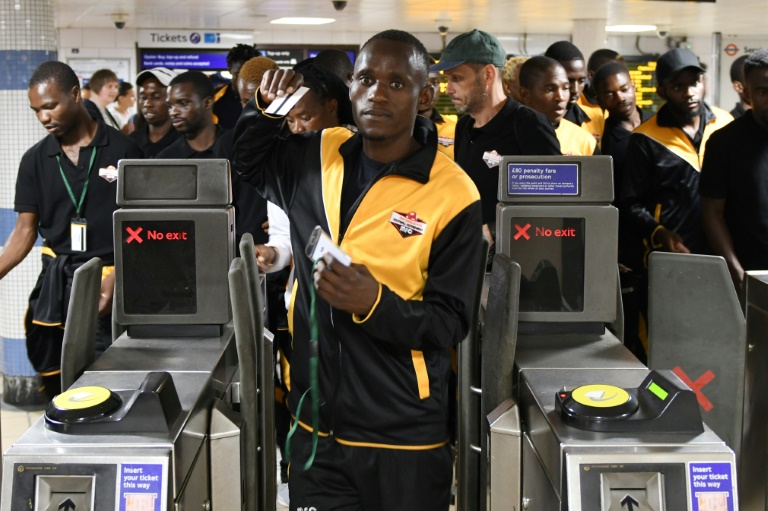 Members of the Matabeleland football team take part in a sightseeing tour of London on June 8, 2018 on the sidelines of the CONIFA World Football Cup