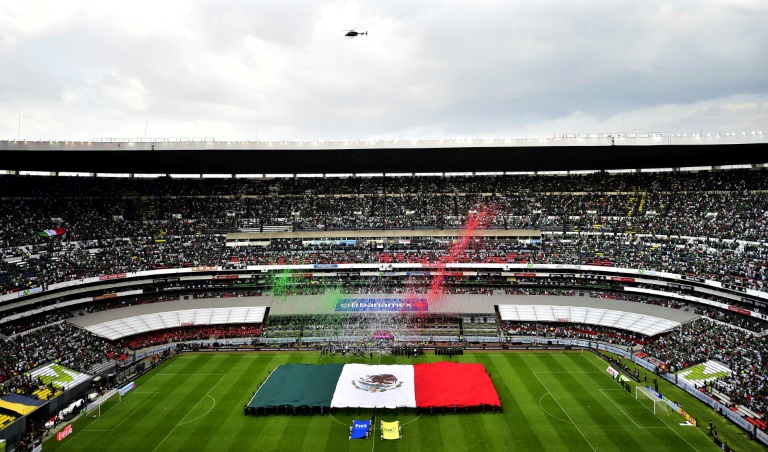 The United States, Canada and Mexico have launched a joint bid to co-host the 2026 World Cup, which will be voted upon by FIFA members in Moscow on Wednesday.

The following is an overview of the bid:

Arguably the greatest strength of the North American bid is the vast array of already-built stadia available to organisers, ranging from iconic World Cup venues such as Mexico City's Azteca Stadium to state-of-the-art large-capacity arenas.

A total of 23 venues -- three in Mexico, three in Canada, 17 in the US -- have made the final short list of stadia which will be considered for the tournament, which is expected to be the first 48-team FIFA World Cup.

The average stadium capacity for the tournament is 55,000, with the largest venue being the AT&T Stadium in Arlington, Texas, best known as the home of the Dallas Cowboys NFL team. The stadium, which has a retractable roof, has a capacity of 92,467.

The smallest venue is the 45,000-capacity BMO Field in Toronto, the football-specific home of MLS Cup champions Toronto FC.

US venues include the Pasadena Rose Bowl in Los Angeles, venue of the 1994 World Cup.

The $4 billion stadium being built for the Los Angeles Rams, due to open in 2020, is also likely to feature among the venues.

Bid officials have given bullish financial projections, forecasting a record-breaking multi-billion-dollar profit for the expanded tournament.

That figure would shatter the $2.6 billion profit from the 2014 World Cup in Brazil.

Bid leaders say 5.8 million tickets would be sold, generating record gate money of $2.5 billion. If those numbers hold up, 2026 would set a new record as the best attended World Cup in history, with an average crowd of 72,500 per game, comfortably eclipsing the record held by the 1994 World Cup in the United States, where crowds averaged at 68,991.

Commercial hospitality is expected to generate $1-1.5 billion, while media revenues could exceed $5 billion for the first time.

Canada, Mexico and the United States each have a proven track record of staging successful FIFA football tournaments, with Mexico staging the World Cup twice in 1970 and 1986 and the USA hosting the 1994 finals.

Mexico's previous World Cups are widely regarded as two of the best ever, instantly evoking the magic of Pele and the 1970 Brazil team and the genius of Diego Maradona in the 1986 tournament won by Argentina.

Despite the scepticism which initially surrounded the 1994 World Cup in the US, the tournament was a runaway commercial and critical success.

The total attendance of 3.6 million spectators remains a record for a World Cup, despite the later expansion in size of the tournament from 24 teams to 32 in 1998.

If the bid is successful, the 2026 tournament would become the first World Cup in history to be co-hosted by three nations.

While the bid emphasises unity between Canada, the United States and Mexico, the bulk of the tournament will take place on US soil.

Bid officials have already determined how the games will be allocated, with the United States staging 60 matches, including every game from the quarter-finals onwards.

Canada and Mexico will stage ten matches each. Final logistical details such as host city selection and fixture scheduling will ultimately be settled by FIFA.

Bid officials have said they plan to stage games in all three host nations on the opening day, with the main opening match likely to be held in either Mexico City or Los Angeles.