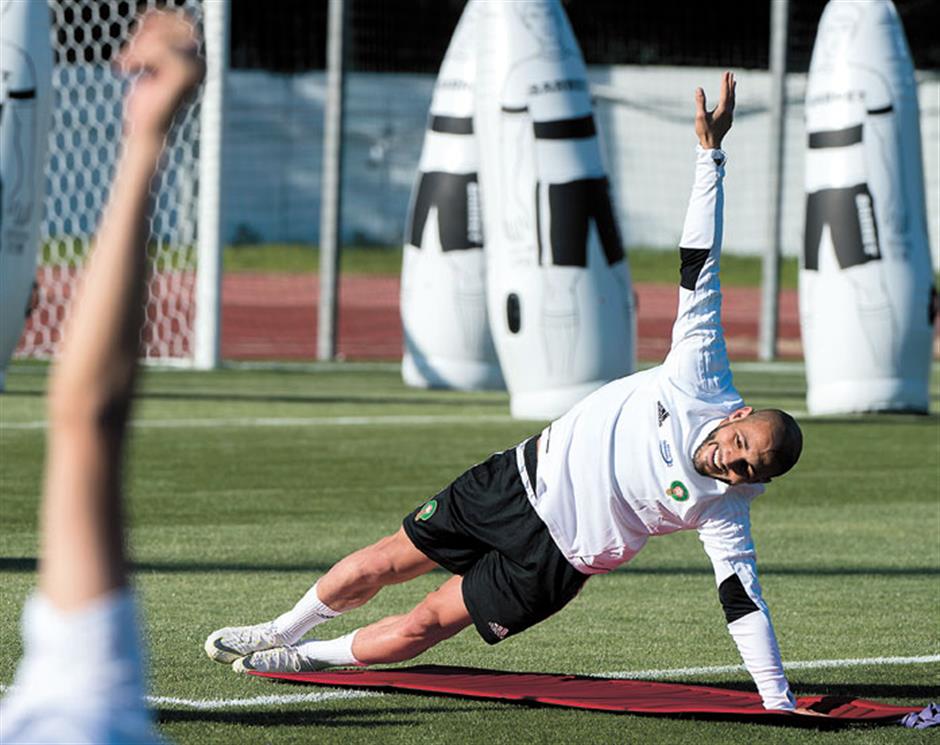 When the Dutch sit down to watch the World Cup kick off in Russia tomorrow, the absence of their orange-clad team from the 32 participating nations will be the bitterest of reminders of just how far they have fallen down the global pecking order.

However, five Netherlands-born players are likely to line up for Morocco when the North Africans open their Group B campaign against Iran in St Petersburg on Friday, ensuring an opportunity for the Dutch to follow events with more than just passing interest.

Street celebrations in Dutch cities when Morocco sealed qualification emphasized the excitement among the 400,000-odd community in the Netherlands, and fulsome coverage in the media in recent weeks has given a sense that the rest of the country has adopted the team for the tournament.

A Dutch-born contingent has been part of the Moroccan side for more than a decade and the quintet of Mbark Boussoufa, Karim El Ahmadi, Hakim Ziyech and the Amrabat brothers — Nordin and Sofyan — are likely to enjoy prominent roles in Russia.

European-born players, drawn from the Diaspora, now dominate many major African national teams and are actively sought out to strengthen sides. For some, it means making a tough choice regarding their international careers.

In the Netherlands, it has been a contentious issue with Dutch-born players electing to compete for other countries previously accused of “committing a form of treason”.

Ziyech was selected three years ago by Guus Hiddink when he was coach of the Netherlands but withdrew because of an injury and never got another call-up. Instead, he agreed to play for Morocco.

“It worked out the way it worked out, and I don’t have a single second’s regret,” Ziyech said. “With Morocco I feel valued. There isn’t a constant search for criticism as there is in the Netherlands.

“I grew up in the Netherlands but I must honestly say that when I hear the national anthem of Morocco I feel a connection with the country,” Ahmadi told a recent news conference.

The World Cup offers a chance for the Dutch to set aside the debate over dual nationals, and where their loyalties ought to lie, and collectively get behind five of their own, even if they are wearing the red and green of Morocco rather than orange.

“I hope that the Netherlands are solidly behind us,” El Ahmadi added.

“Just as I, for all these years, have supported the Dutch national team at the World Cup when Morocco didn’t participate. I think that if we find each other, we can all be proud.”