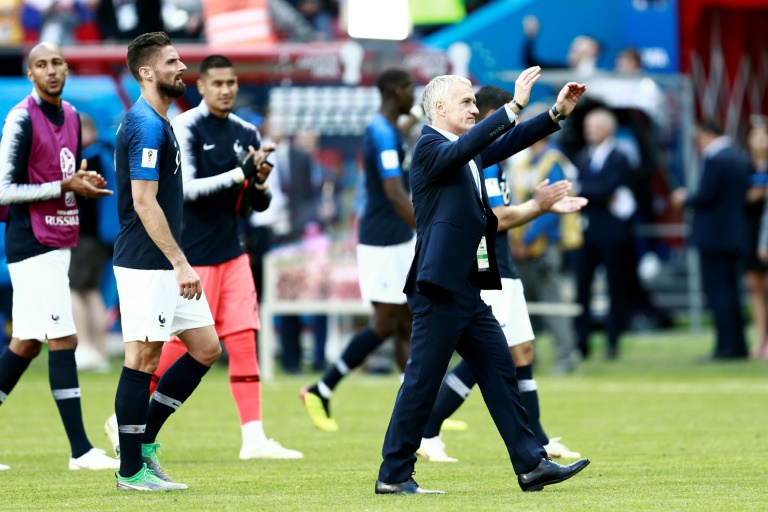 Didier Deschamps has told France they "must do better" after escaping a humiliating draw with Australia in a 2-1 World Cup opener decided by VAR and goalline technology.

The tournament's second-youngest team arrived in Russia with lofty ambitions 20 years after Deschamps captained Les Bleus to the 1998 World Cup title at the Stade de France.

But going on their performance at the Kazan Arena on Saturday, Peru will fancy their chances of causing an upset when they face a side brimming with talent but lacking "fluidity" and "speed" in key departments against a tough Socceroos side.

"It's the World Cup, it's the first match. But, yes, we must do better, and we can do better," said Deschamps.

Struggling to break down a tough and physical Socceroos defence in a frustrating first half, it took a first, historic VAR decision at the World Cup to hand France a lifeline.

Following an underwhelming opening half, Antoine Griezmann stepped up to beat goalkeeper Mathew Ryan from the spot on 58 minutes after Uruguayan referee Andres Cunha used video footage to ascertain the Atletico Madrid star had indeed been fouled by Australia defender Josh Risdon.

The "job got done", reflected Deschamps.

"It was nothing to do with the fact we have a lot of young players," said Deschamps in defence of a squad which, after Nigeria, is the youngest at the World Cup.

"In our last four World Cup campaigns we've only won our opening match once (in 2014, against Honduras).

"We've got the job done, because the first match is always very important, and this sets us up well for the rest of the group.

"It was a difficult, complicated match against a tough Australian side.

"But we lacked speed in terms of moving the ball around or getting forward and that benefited Australia's game.

"It wasn't a great start for us... we should have pressed them a little higher, but even then we weren't flowing well.

"Australia might not be a top European side but we can't say they don't have some quality."

Although Griezmann wrote himself into the history books by becoming the first player to score at the World Cup from a VAR verdict, he suggested some of France's World Cup débutants had suffered stage fright.

"For a lot of our players it was their first match (at the World Cup), but we know that, technically, we didn't play to our potential," he said.

"It was important to start with a win but we know there are a lot of things to improve, we struggled to find each other during the game.

"But we have nearly a week before meeting Peru, so we hope to rectify that."

France last played a south American side three months ago, a 3-2 defeat to Colombia in Paris.

Deschamps added: "Peru have a lot of quality. They're a proud side who play with passion, and I've been told there's 30,000 Peruvians in Moscow.

"We played Colombia in March, so we know the South American mentality.

"We have time, it's Thursday, we'll focus on recovering before thinking about our next match." 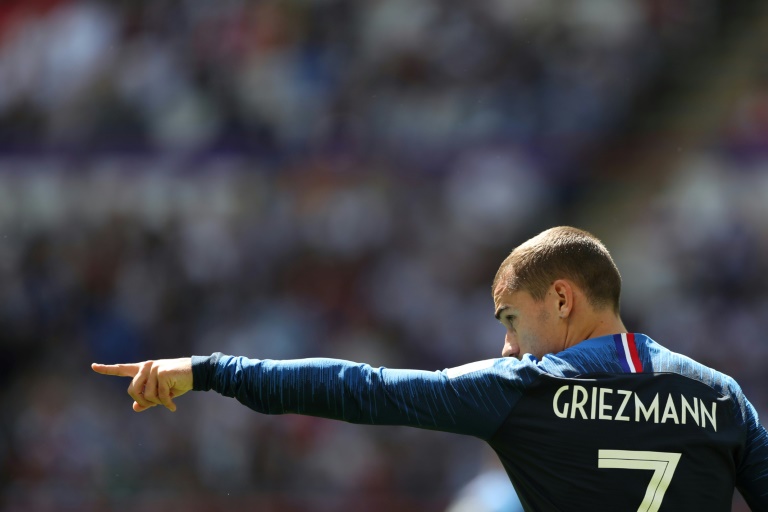