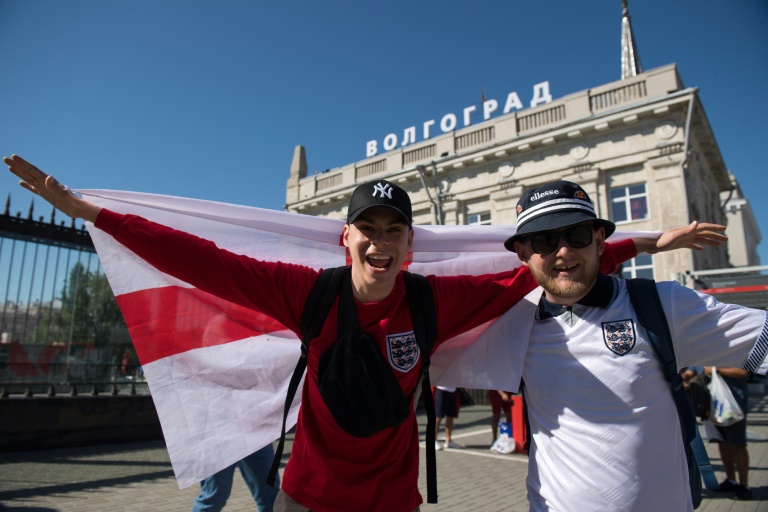 England fans were warned about the possibility of state surveillance before they travelled to the Russian World Cup, but in Volgograd on Monday the threat they faced were bugs of a different kind.

Swarms of mosquitoes and midges descended on the city on the banks of the Volga as England prepared to face Tunisia in their first fixture of the tournament, despite authorities taking steps to keep the bugs at bay.

"It's been awful in town, especially in the morning," said David Tomlinson, a train driver from Britain.

"The locals have been giving fans advice about what to buy to keep the bugs off -- sprays and vanilla powder is what they're saying," the 47-year-old told AFP.

Insects are regular summer visitors to Volgograd, especially by the banks of the Volga river where the city's fanzone with big screens showing the match is located, but residents said the infestation this year was worse than usual.

Authorities have sprayed insecticide on fields around the city and used repellent on areas near the stadium, media reported, but visitors were still having to swat off the bugs every few seconds come match day.

A presenter for the British Sky Sports channel said on Twitter he had to abort a segment moments before going on air because of flies near the England team's hotel.

The concentration of the bugs is less intense near the stadium and players are reportedly prepared for the threat of the tiny guests on the pitch.

David Tomlinson remained stoic in the face of the problem.

"If the bugs are the worst thing that happen to us we are going to fine," he said.