Spain players are rallying behind goalkeeper David De Gea as they prepare for their second group game at the World Cup against Iran in Kazan on Wednesday.

De Gea endured an evening to forget in Spain's opening match against Portugal on Friday, committing a howling error to allow Cristiano Ronaldo to score his second goal on the way to a hat-trick in the 3-3 thriller in Sochi.

Ronaldo scored from all three of Portugal's attempts on target against the Manchester United goalkeeper and suddenly new coach Fernando Hierro has found himself having to defend the 27-year-old.

"We don't doubt him and he doesn't doubt himself either," said Hierro after La Roja kicked off their Group B campaign.

"I embraced him. We know goalkeeper is a special position, with a special psychology, and we have no doubts. Honestly," added Hierro, hastily promoted to the role as coach last week after Julen Lopetegui's shock sacking on the eve of the tournament.

On the whole, the Spanish performed well in their first outing, especially considering the upheaval of the days before the game, and the underwhelming results of the other pre-tournament favourites put the Portugal draw in a more positive light.

But De Gea's form has to be a matter of real concern.

It was his error that gifted Switzerland a goal in a 1-1 friendly draw just before Spain departed for Russia, and now -- after one game -- they have already conceded one goal more than in the whole of their triumphant 2010 World Cup campaign.

Iker Casillas was in goal then, the icon who De Gea succeeded and to whom he will always be compared.

"Only those of us who put on the gloves and go out on the field know how difficult it is," the man himself said. "The coach is with me, it was an error and these things can happen."

It is not the first time De Gea has found himself in the eye of a storm at such a time -- shortly after being promoted to the role of first-choice goalkeeper for Euro 2016, he found himself embroiled in a sex scandal.

There were allegations that he had organised a party at which two women were forced to have sex with two footballers, although he was later cleared of any wrongdoing.

The affair resurfaced recently when Pedro Sanchez, the new Spanish Prime Minister, came to Spain's training camp to give a speech before their departure for Russia.

Spain's sports press have not been slow to criticise the 30-times capped goalkeeper for his recent blunders, but Hierro's squad have given him their backing.

"He is fine. Nobody likes making mistakes. He is still one of the best goalkeepers in the world," said Isco.

In any case, De Gea, who is said to be close to signing a lucrative new contract at Old Trafford, seems safe in his position for now.

Napoli's Pepe Reina has been a back-up for more than a decade now, while Athletic Bilbao custodian Kepa Arrizabalaga has just one cap and is surely not quite ready to step up.

De Gea will hope to repay the faith in him against Iran as Spain bid to take a big step towards qualifying for the last 16. 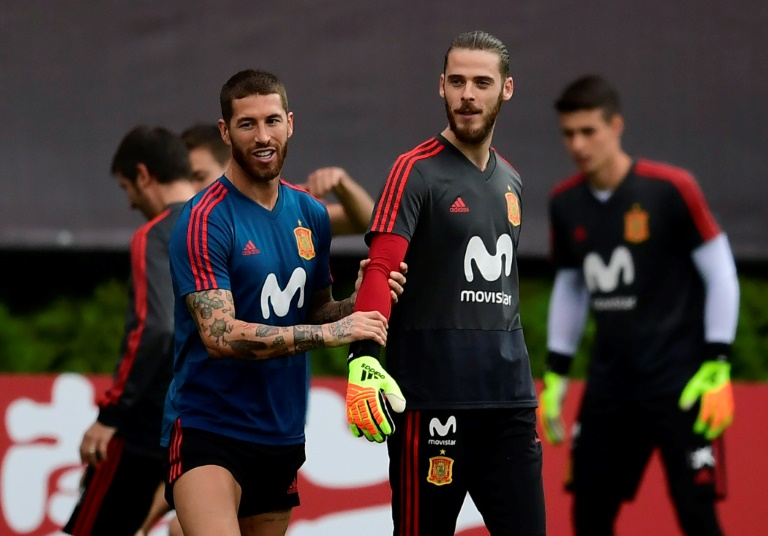