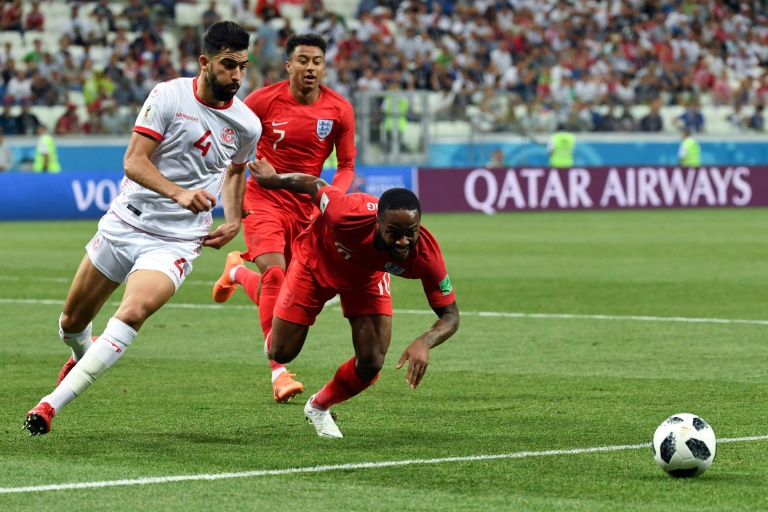 England forward Raheem Sterling says he ignores the criticism of him in the British tabloid press, insisting he prefers to enjoy how he has risen from humble beginnings to play at the World Cup.

The 23-year-old Manchester City star -- who is expected to be left out of the starting line-up for England's second group game against Panama on Sunday -- wrote in The Players' Tribune that he doesn't think his life off the pitch has to be squeaky clean in order to succeed on it.

Before leaving for Russia, he was widely-criticised by the media for having a tattoo of a gun on his leg, with some more hysterical commentators calling for him to be dropped from the squad.

He explained that it was a tribute to his father, who was shot dead in his birthplace of Jamaica when Sterling was just two years old.

"If you grew up the same way I grew up, don't listen to what certain tabloids want to tell you," said Sterling.

"England is still a place where a naughty boy who comes from nothing can live his dream."

Sterling joined his mother in the UK aged five, after she had left him and his older sister with his grandmother in Kingston, so she could help their futures by studying in England.

But times were hard once they were reunited.

"Fifteen years ago, we were cleaning toilets and getting breakfast out of a vending machine," he said.

Sterling, whose mother advised him to join Queens Park Rangers as a schoolboy in preference to London rivals Arsenal, says he used to get up at five in the morning and battle with his sister over chores at the hotel where their mum worked.

"I'd be arguing with my sister, like, 'No! No! You got the toilets this time. I got the bed sheets'," said Sterling, who nevertheless owed his sister a favour, as she used to travel with him on an eight-hour round trip to training at QPR.

"The only good part about it was that my mum would let us pick anything we wanted from the vending machine when we finished."

Sterling, who has a son Thiago Romeo with his fiancee Paige, says that after those difficult days both he and his mum can be proud of where they are now.

"She came to this country with nothing and put herself through school cleaning bathrooms and changing sheets, and now she's the director of a nursing home. And her son plays for England."