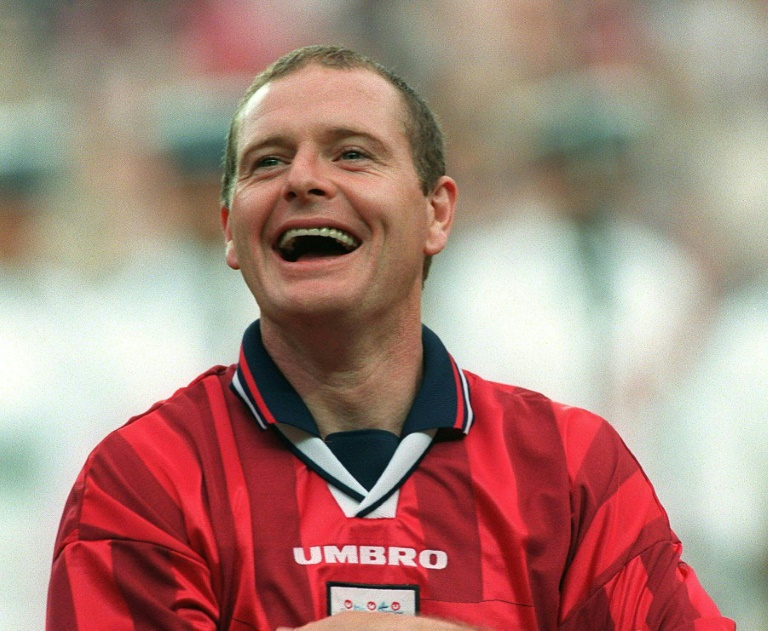 The troubled former star, who has endured a long struggle with alcohol, dazzled at the World Cup in Italy in 1990 during England's run to the semi-finals, where they were beaten by Germany on penalties.

But in one of the iconic images of the tournament, the Tottenham player was distraught when he realised he would miss the final if England reached it after picking up a booking against the Germans. In the end they never made it that far.

However, in a stirring message to the team, who play in Moscow on Wednesday, the 51-year-old said it was the moment to deliver.

"You have nothing to fear. To conquer fear, you have to face it. It is OK to cry when you win, then you have achieved something."

Gascoigne, who has flown over to Russia for the match, said the players, lead by Tottenham's Harry Kane, should go out and express themselves.

"They have to play like I did, for the crowd, for the fans," he said.

"If they are struggling, the fans will cheer them on. Just play for England, for the fans. My message is… just play as if you were 10 years of age.

"No fear, enjoy the game, you may never get a better chance."

Gascoigne knows Southgate from their time during the Euro '96 tournament when the England manager missed a penalty in yet another shootout defeat to the Germans in the semi-finals.

"We were very different. He was so bright," joked Gascoigne. "As a manager you are only as good as the players you have and they are doing very well at the moment."

Gascoigne, who was capped 57 times, scoring 10 goals, says two players in particular have stood out for him.

"I like Harry Maguire (who scored in the 2-0 win over Sweden).

"He is unbelievable. Very confident, man. And I like Jordan Pickford. He is class. When he catches the ball, he spots players to give it to. And his saves are incredible."