Hui Ruoqi, former captain of China's national women's volleyball team, is one of the country’s most popular sportswomen.

Hui, known for her optimism and toughness, received her second heart surgery just six months before the 2016 Olympic Games in Rio. She managed to make a speedy recovery to lead Chinese team to the top of the podium.

“Stay active and curious,” said the 27-year-old of her attitude toward life during a recent sports brand promotional event in Shanghai. “Grow your creativity, seize little inspirations in life and don’t stop trying out new things.”

Hui was the 15th captain of the national volleyball team and also one of the country’s most popular sportswomen. Her story and attitude to sports epitomize the spirit of China’s “dream team.”

Born into a “tall family” — her father is 197cm and mother 170cm — Hui says her 191cm height was a bit of a headache during her childhood, as she had to keep explaining to classmates that she was not repeating a grade.

“But I got a feeling of belonging when I joined the volleyball team,” says Hui. “It was volleyball that helped in building up my self-confidence, and it became my biggest hobby after study.” 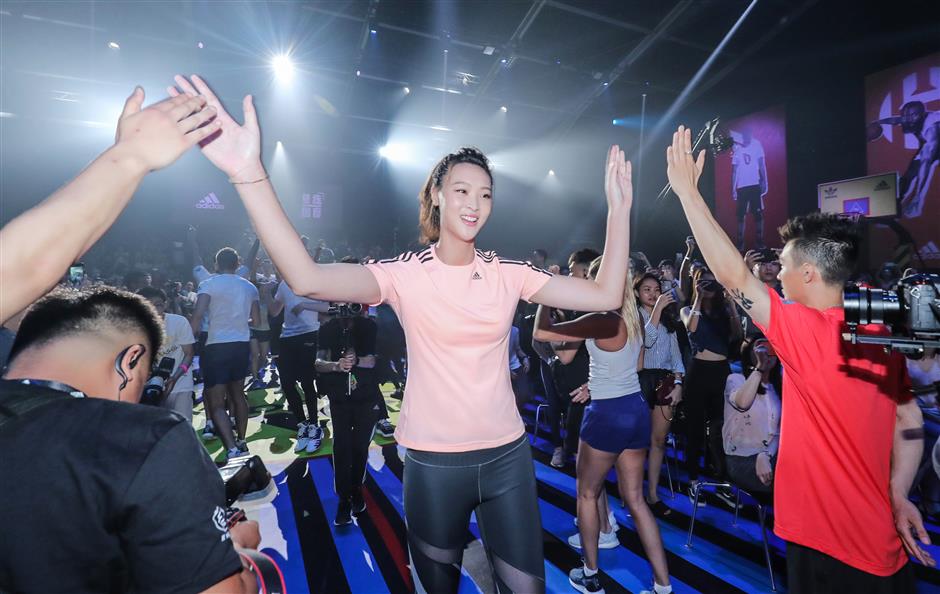 Hui Ruoqi is in Shanghai attending an adidas event.

Hui was born in Dalian, Liaoning Province. Her family moved and settled in Nanjing, capital of Jiangsu Province, when she was 9. In 2006, she was chosen for the Jiangsu volleyball team at the age of 15 and selected for the national team the following year.

She won the Best Server award at the 2012 London Olympics and helped the national team to win gold at the 2016 Rio Olympics. She committed the final spike in China’s 3-1 victory over Serbia in the final. Last year, Hui helped Jiangsu beat Shanghai in the final of the National Games. She announced her retirement in February, mainly due to heart problem concerns.

Hui is now a PhD student at Nanjing Normal University, majoring in humane and sociological science of sports. She achieved a good academic performance before becoming a professional athlete and can communicate with foreign athletes in fluent English.

She has always been confident when expressing herself in front of the media and the public.

“I wanted to break people’s long-time impression that sports students are usually lagging behind in their studies. So I made use of every moment after training for study. Sports helped to discover my potential.”

China's Hui Ruoqi (center) in action during the Group H match between Brazil and China at the 2014 FIVB Volleyball Women's World Championship in Milan.

Hui says volleyball and the role of captain also taught her to take responsibility.

“There was once when I, as a captain, complained about my teammates’ performance during a match, which was caught by my father. He criticized me immediately and told me that whatever mistakes my teammates made, my first reaction should be ‘this is also my responsibility,’ as you are a member and the leader of the team. His words influenced me a lot,” she recalls.

“Becoming a professional athlete is choosing the path less taken by. That was also the first big decision I made for my life. From then on, I have been training hard, knowing that I have to be responsible for my own choice,” she continues. “I started my professional career relatively late compared with others, which means I had to work even harder.”

Hui says sports can give people not only a healthy body, but also the opportunity to build a stronger mind and a better self, as well as the courage to face uncertainties in both competition and life.

“I’m one of those who have benefited from sports, and I want more people to be aware of the value of sports. That’s why I set up the Hui Ruoqi Women’s Volleyball Development Fund last year.” 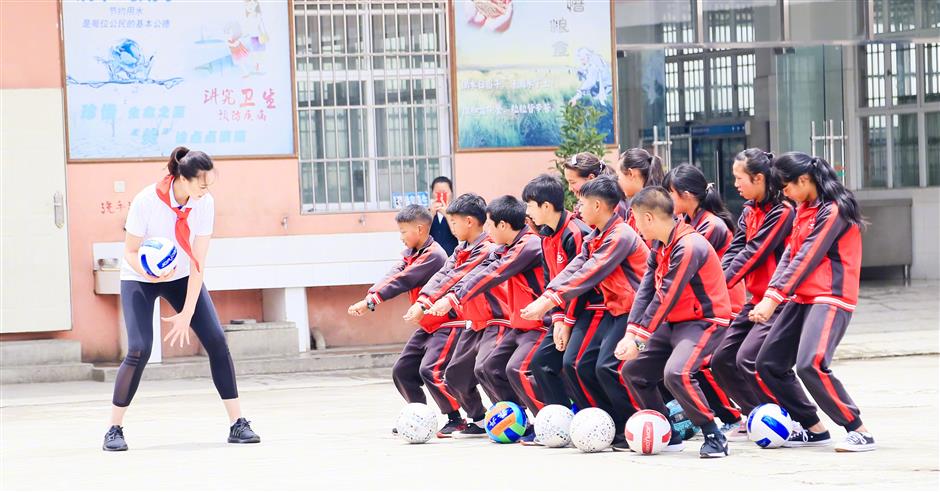 Her foundation, which is affiliated to the Jiangsu Sports Development Fund, aims at promoting sports education in schools, especially in poor areas. It gives young volleyball fans the opportunity to travel abroad with professional teams and cheer for them in international competitions.

The fund also provides aid and career training opportunities to retired athletes who need help or struggle with injuries.

Hui says she had collected a lot of awkward moments when raising capital for the foundation, but the people she encountered, especially those who need help, also inspired her.

“These are all new experiences for me. During my PhD study, I also realized that I need theories to back up my opinions when communicating with people. There is still so much to learn,” she says.