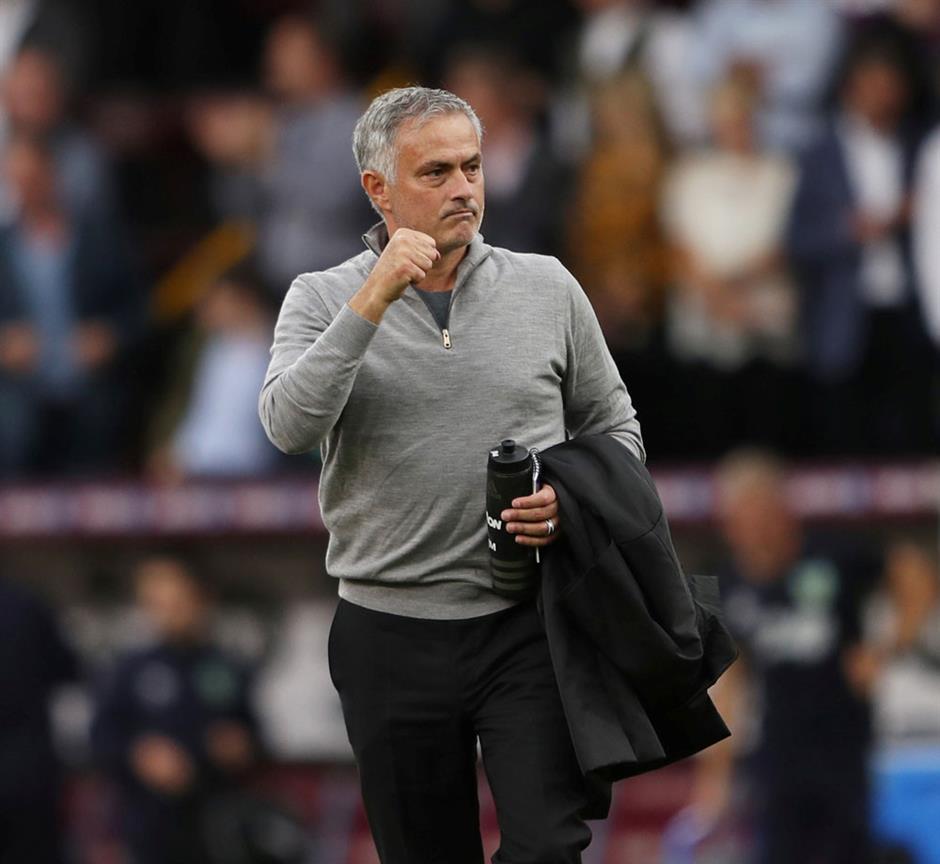 Jose Mourinho dedicated Manchester United’s 2-0 victory at Burnley on Sunday to beleaguered executive Ed Woodward as his club returned to winning ways in an incident-packed clash at Turf Moor.

United manager Mourinho, whose name was chanted throughout the afternoon by the 2,400 travelling supporters, also claimed Marcus Rashford had been naive in being shown a straight red card, just 10 minutes after appearing as a 60th minute substitute, following an altercation with Phil Bardsley.

By that stage, United were comfortably in front thanks to two goals from Romelu Lukaku and could even afford the luxury of a missed Paul Pogba penalty, won by Rashford following a foul by Ben Mee, and saved well by Joe Hart. But, given the delicate political situation at Old Trafford, the afternoon was as notable for events off the field as on them.

Before kick-off, supporters had paid for a small plane to fly over the ground, towing a banner that read: “Ed Woodward, a specialist in failure.”

The accusation — one which Mourinho famously directed at former Arsenal manager Arsene Wenger when he himself was in charge of Chelsea — referenced the executive vice chairman’s supposed inability to deliver the United manager his desired transfer targets this summer.

But while Mourinho praised the United fans, who supported their players after the shock 3-0 home defeat to Tottenham last Monday, he also offered a hint of support for Woodward.

“In the match I’m not looking at the sky, unless I’m asking for the guy to give me help,” joked Mourinho. “I didn’t see the plane but Ed Woodward won this afternoon, 2-0.

“But I think we started winning this match because of Old Trafford, after Spurs. We lost at home, if the fans had reacted bad the team loses confidence, the week is not a good week, the team feels pressure. But we lost at home and the fans were amazing to the team. The team understood the direction was good and it was not a sad week, it was a very good week at work and we started the way you saw.”

Mauricio Pochettino admitted Tottenham’s 2-1 defeat at Watford was a wake-up call and conceded his side must improve if they are to win the Premier League.

Pochettino was critical of his players’ failure to hold on to the lead given to them by Abdoulaye Doucoure’s 53rd-minute own goal.

Pochettino admitted defeat was hard to take and hinted his side might have underestimated Watford. Pochettino also questioned whether his side had shown sufficient aggression, and the way in which Troy Deeney and Craig Cathcart were able to head home unhindered from a free-kick and corner respectively supported the Argentine’s view.

“Today from the beginning we needed to go there like a lion and try to score in every single action,” he said. “The second half we scored and then they showed more strength (and were) more aggressive in the situation.”

It was Watford’s fourth successive win and left Javi Gracia’s third-placed side level on points with leaders Liverpool and second placed Chelsea.

Unai Emery praised Arsenal’s character after they gave a glimpse of their potential in a thrilling 3-2 victory at Cardiff on Sunday. Emery was rewarded for a bold selection after partnering Alexandre Lacazette and Pierre-Emerick Aubameyang, his two main forwards, together from the start for the first time in the Premier League.

Both scored as Emery’s men collected the second victory of his reign.

The Spaniard saw his side make hard work of seeing off the newly-promoted Welsh club with old defensive failings twice allowing Cardiff to equalise.

But both Aubameyang and then Lacazette scored excellent goals to finally kill off Cardiff. The Bluebirds had equalized through Victor Camarasa and Danny Ward after Shkodran Mustafi headed the Gunners ahead.