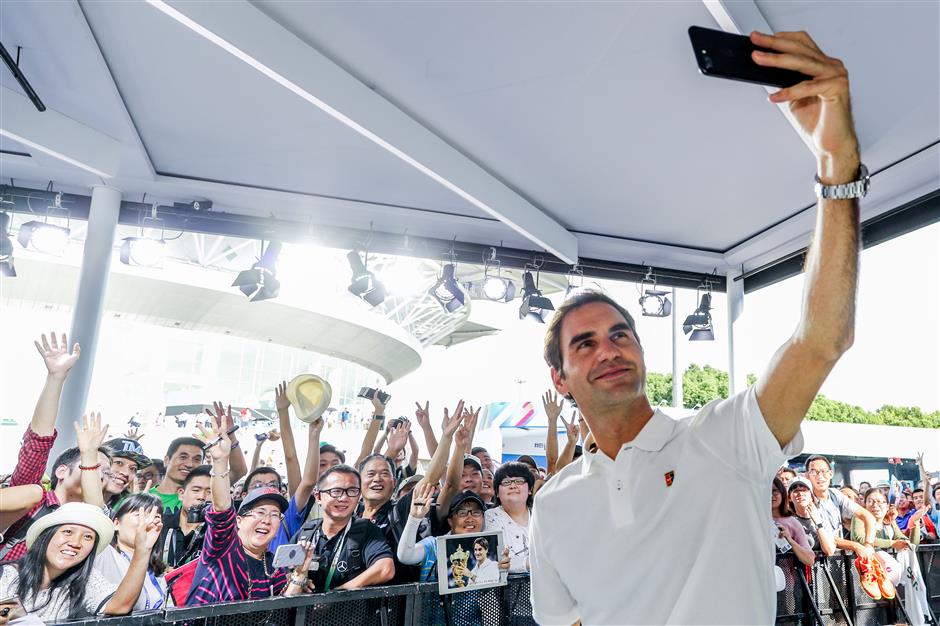 Roger Federer, who has always been popular among Shanghai fans, takes a selfie with his fans,

This year marks the 10th anniversary Shanghai has hosted the ATP 1000 event after running the Masters Cup four consecutive years prior to the competition in this changed format.

Federer, who is back to defend his crown, has always been popular among Shanghai fans. After winning the 2018 Australian Open at the beginning of the year, the historic 20th Grand Slam trophy of his career, the Swiss star returned to the top of the rankings at the age of 36. In doing so he became the oldest ATP player by more than three years to hold the coveted world No. 1 slot.

Federer is bringing his family to Shanghai this year, a city he has built a deep emotional connection with. The current world No. 2 once again interacted with local young players at the tournament’s Family Day on October 6, which has become popular with all tennis fanatics in the city.

Novak Djokovic will be a strong candidate for the Shanghai title. Djokovic was crowned at Qizhong Tennis Center in 2008 (Shanghai Masters Cup), 2012, 2013 and 2015. And the in-form Serb clinched the Wimbledon and US Open championships this year.

Djokovic and Federer have both won four Shanghai titles each and their rivalry this year will be just as fierce as normal.

Juan Martin del Potro is another popular name among Chinese fans. He was given the nickname “big pineapple,” the homophonic of his name in Chinese.

The year of 2018 has witnessed some memorable moments from the Argentine. He won the 2018 BNP Paribas Open in the US in March — his first ATP Masters 1000 title. After some solid performances at the French Open and at Wimbledon, Del Potro moved up to a new career-high ranking of world No. 3 in August, one month before his 30th birthday.

Gilles Simon has not missed a single year of Rolex Shanghai Masters action in the past decade. As an unseeded player, the Frenchman advanced to the final of the 2014 version where Federer defeated him. He will be one of the most experienced players in Shanghai. 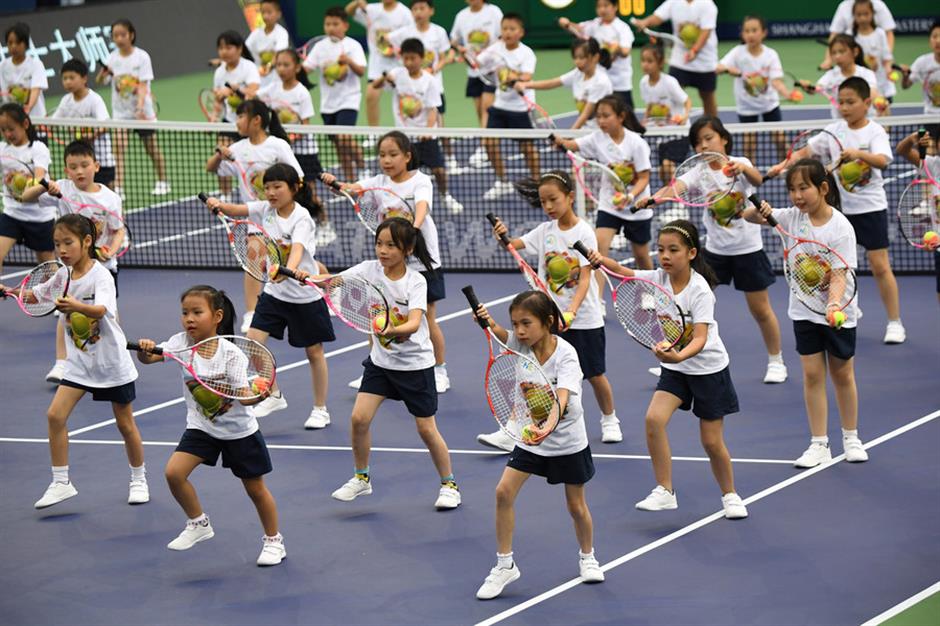 Ball kids give a performance before the tournament.

Young stars like Alexander Zverev, Stefanos Tsitsipas and Denis Shapovalov have injected a dose of fresh air into the men’s tour.

The 21-year-old Zverev is the youngest player in the ATP top 10, and the German is currently world No. 5.

Last year, Zverev reached the semifinals of the China Open in Beijing before heading to Shanghai, where he lost to Del Potro in the third round. In May this year Zverev won his third Masters 1000 title in Madrid, and then achieved his first Grand Slam quarterfinal at Roland Garros. He will be the one to watch this year.

Wu had a dream year in 2017. He created history for men’s tennis in China by winning both the boys’ singles and doubles titles at the 2017 US Open. He then went on to win Shanghai’s ATP Challenger championship to clinch a wildcard for the 2017 Rolex Shanghai Masters.

Wu fell to the experienced Simon on his Masters debut in the singles last year, but managed to advance to the second round of doubles partnering local player Wu Di.

The 18-year-old did not have a smooth start to his first season on the men’s tour. He struggled with injuries in the first six months of the year. But he made a strong comeback at the Jakarta Asian Games in August, advancing to the singles final before being defeated by his experienced opponent Denis Istomin. Runners-up is the best placed finish for a Chinese tennis player in 24 years at the Asian Games. 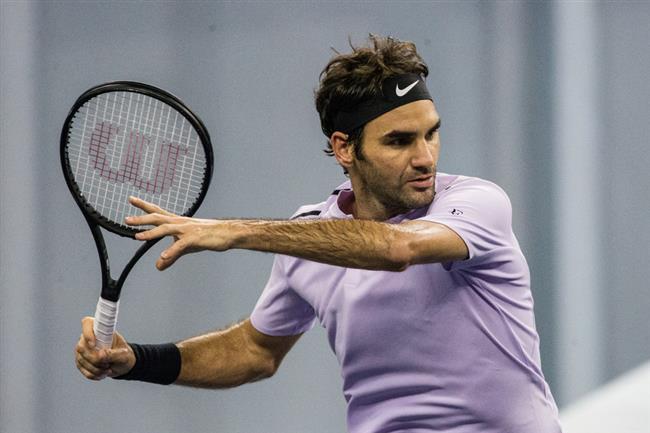 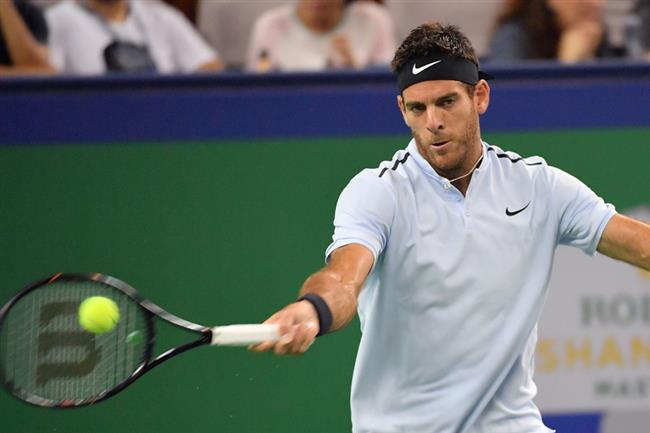 “The Asian Games helped to rebuild by self-confidence,” Wu told Shanghai Daily. “It was my first Asian Games. I could have done better, as I was very eager to bring back the gold medal for China. It’s an emotional feeling to fight for the mother country. But generally I was happy with my performance and look forward to the next tournaments in China.”

Wu has added a new member to his coaching team in Dutchman Sven Groeneveld, who in the past has worked with players like Maria Sharapova.

“He told me that the person who can make changes for me is myself,” Wu said. “I’m playing more aggressively and improving under his direction.”

Wu failed to make it into the last eight of this year’s Shanghai Challenger, while 32-year-old Tianjin-native Li Zhe became the only Chinese player to advance to the last four of the tournament. Li was therefore awarded a wildcard for the tournament.

The other wildcard went to Zhejiang native Zhang Ze, winner of this year’s Chengdu Challenger, which was also his second Challenger title.

The two doubles’ wildcards were given to the Chinese pairs of Zhangze/Gong Maoxin and Wu Di/Li Zhe.

Three-time National Games’ winner Wu Di was given a wildcard for the qualifier of this year’s masters. At last year’s tournament, Wu became the first Chinese player to win first-round matches in both his singles and doubles games. He lost to Steve Johnson in his second-round match. 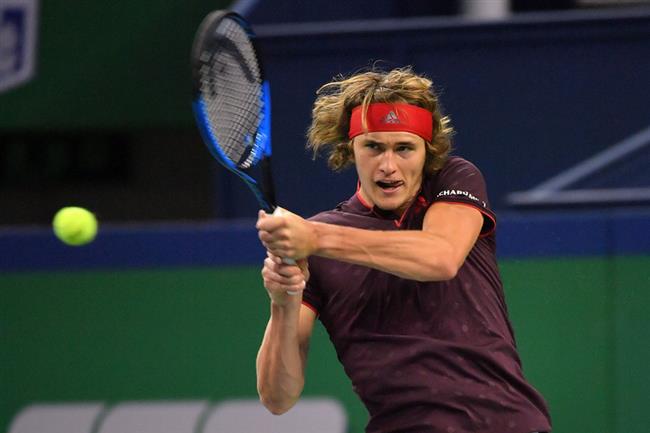 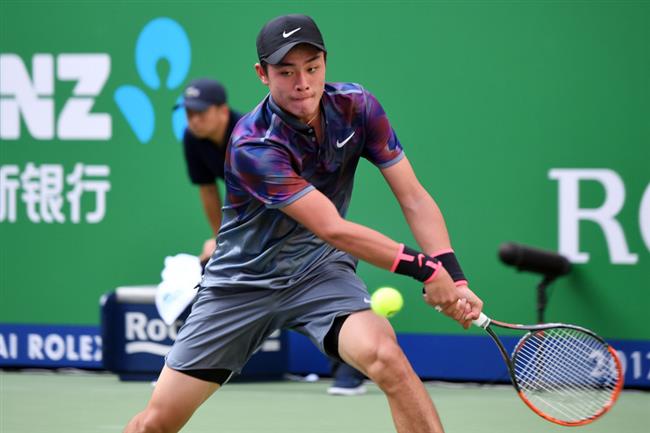 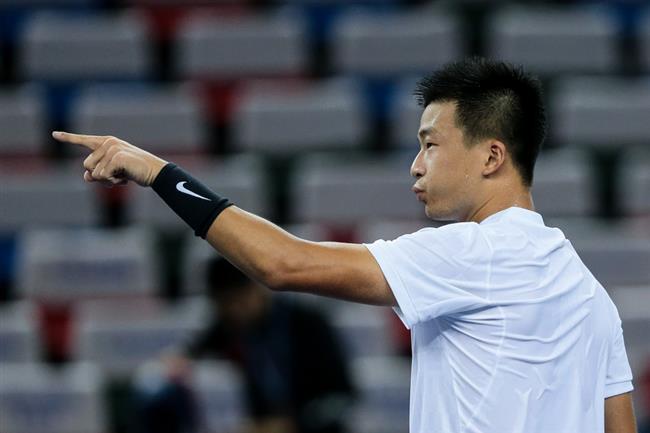