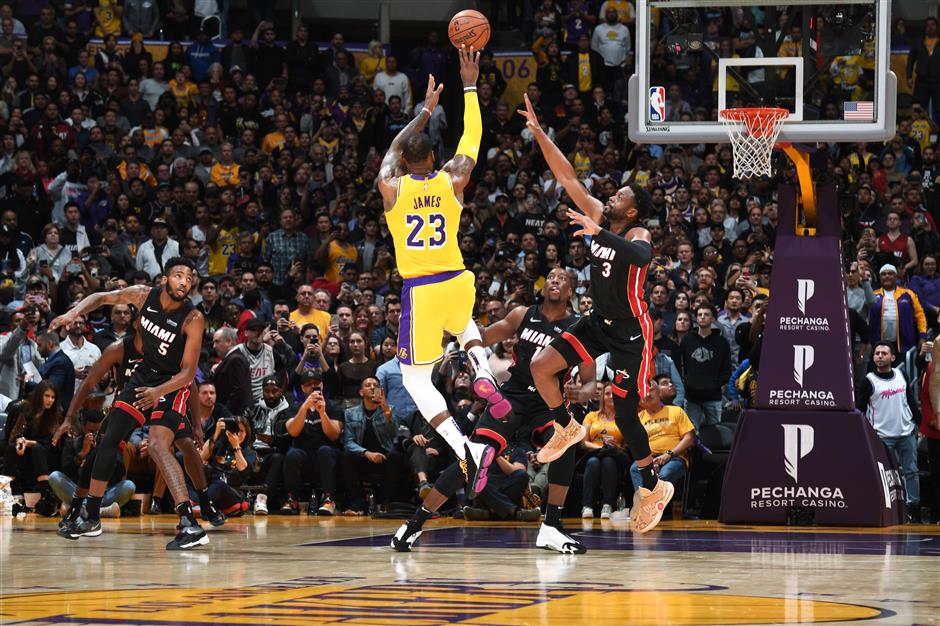 Dwyane Wade will be spending a lot of time in Los Angeles while he settles into retirement next year. He already has a house here, and his wife's acting career would undoubtedly benefit from more time in Hollywood.

"I told him, 'No one likes to work out by themselves'," James said with a grin. "So he can come to Staples. He can come to the practice facility anytime he wants to get workouts in. He can come help me with the young guys as well. He'll be around a lot more personally for me, so I'll love that."

Wade still has 56 regular-season games left in his self-declared final NBA season with the Miami Heat, but he passed a major milestone in that procession when he lined up against James for the final time Monday night in the Los Angeles Lakers' 108-105 victory.

The result wasn't the most important part of the night to either man. They were wrapped up in the pure thrill — in the chance to face off for the final time in two incredible basketball careers that have been chronologically parallel, frequently intersecting and always momentous.

"I knew that at some point in the game, it was going to hit me that this was the last time we were competing against each other," Wade said. "It hit me right away, once that buzzer sounded and we got the opportunity on the court to just look at each other and be like, 'Man, this has been fun. This has been one hell of a ride, and we've enjoyed it together'."

James put up 28 points, 12 assists and 9 rebounds. Wade scored all 15 of his points in the second half to go with 10 assists and 5 boards.

But the best moments arrived late when James and Wade finally guarded each other, playing one last one-on-one game for keeps.

Defense won out on both ends, probably because they know each other well enough to take away their strengths. They funneled each other to drive to their more uncomfortable sides, and James forced Wade to attempt a 27-foot turnaround, fadeaway 3-pointer that missed badly with 7.2 seconds left.

Wade was more open when he missed a 3 that would have put the Heat ahead with 22.5 seconds left.

"I needed that one," Wade said with a grimace. "I wanted it so bad. I think I wanted it too much. It would have definitely been memorable. But this is my last time playing against this guy, you know? This is the holy grail in the NBA. Unless we figure this thing out and we go to the Finals, this is the holy grail for me. The competition of playing against the game's greatest player. Playing it in LA. I thanked him for bringing us to this stage for our last hurrah on this stage. It gets no better than this." 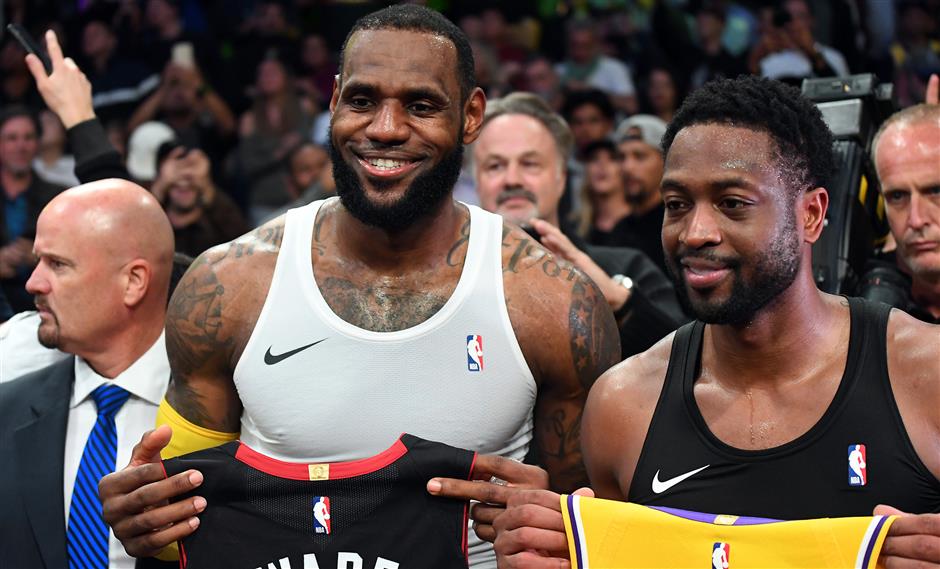 Barring a change of Wade's retirement plans or that incredibly unlikely NBA Finals matchup, they'll never face each other in a real game — and the Lakers' victory put James ahead of Wade 16-15 in their head-to-head matchups over their career.

James marveled at the symmetry in this final showdown, but both players said their times together meant a whole lot more than their times in opposing uniforms.

James and Wade won two NBA championships and four straight Eastern Conference titles together in Miami, along with their Olympic gold medals from Beijing.

James and Wade swapped jerseys after the final buzzer, their bittersweet emotions overshadowed by the excitement of the moment and the possibilities of the future.

"It's the end of a storybook," James said. "One of the best movies you could ever see. It's too hard to put into words. Thank God they're staying the night. We get to have dinner (later). I know he has more games, but that's the last one for us."