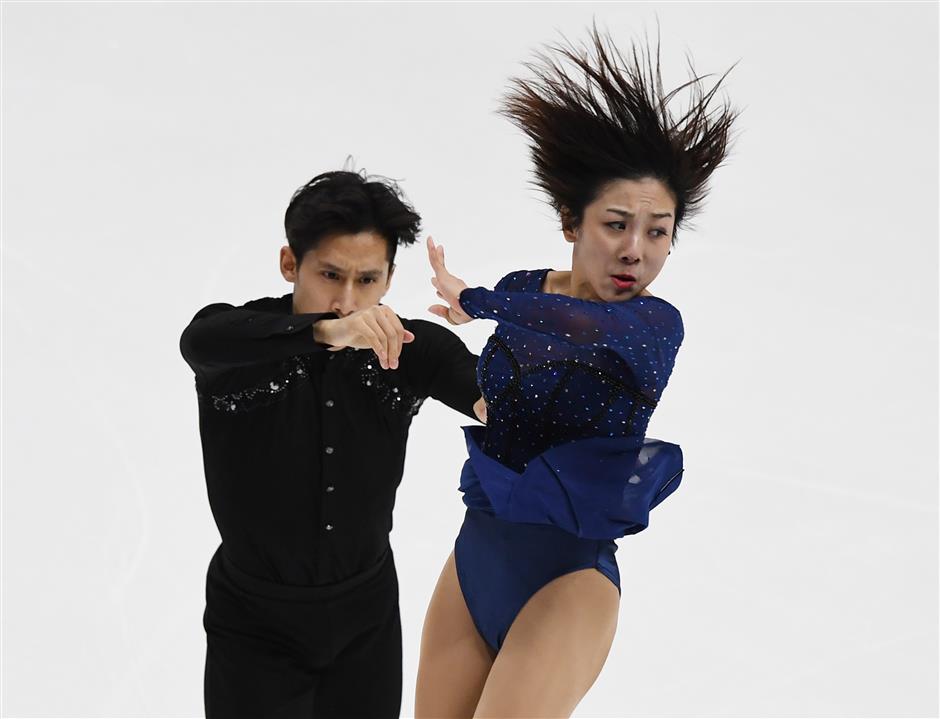 Sui Wenjing and her partner Han Cong of China compete before winning the Pairs competition during the ISU Four Continents Figure Skating Championship at the Honda Center in Anaheim, California on February 9, 2019.

"We were pretty nervous," said Sui. "I'm really happy we could show what we have today on the ice, but honestly this was not the best of us. We will do the best we can and continue training hard."

Han admitted the pair were not really ready for the competition. "We were only showing what we have completed during our training, but actually we are not familiar with our program yet," he said.

Moore-Towers/Marinaro, who finished first after the short program, scored 136.39 points in free skating and had 211.05 points overall.

"I think having the result being so close to winning is a little bit bittersweet for us. We're proud of ourselves, but we know we left some good points on the table that maybe would have made for a result that we were more happy with," Moore-Towers said.

"We do something right, we know what we need to do and we'll work for it for worlds," she added.