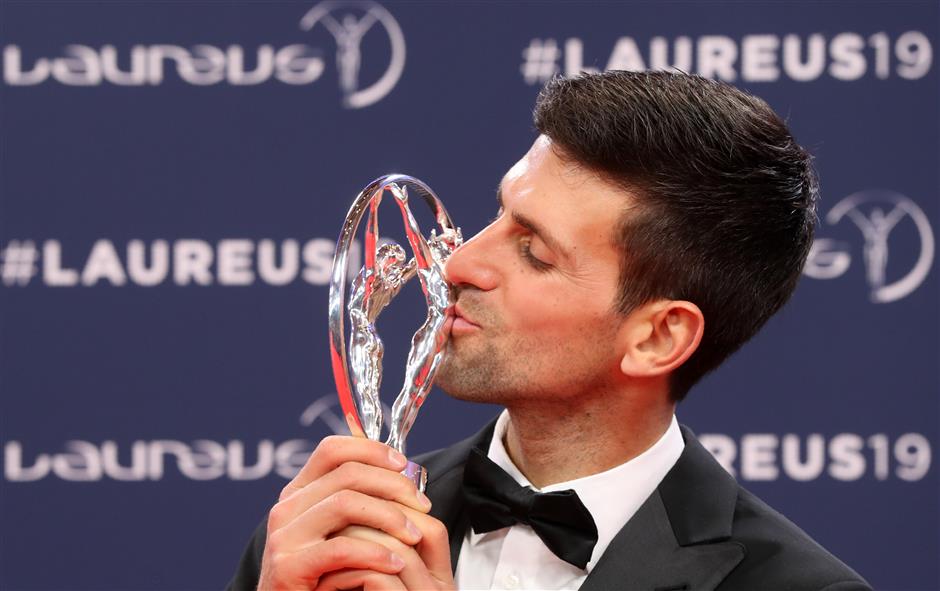 Tennis world No. 1 Novak Djokovic of Serbia won his fourth Laureus World Sportsman of the Year on Monday, and American record-holding gymnast Simone Biles bagged the World Sportswoman of the Year Award thanks to her dominant world championship performance last year.

"A Laureus Award is what every athlete wants to win, and this one is a huge honor for me. Being among so many sporting greats here tonight, and hearing about the inspirational work Laureus is doing around the world, gives this Award a special meaning for me," said Djokovic.

After returning from an elbow surgery, Djokovic won the Wimbledon and the US Open in 2018.

Djokovic added that reflecting on that journey, "it seems like a fairytale story."

Biles won four gold, one silver and one bronze medals at the 2018 World Championships. Also the World Sportsmwoman of the Year winner in 2017, she made history by becoming the first woman to win four all-around world gymnastics championships.

Biles has a record 14 career world titles under her name at the age of 21. She went ahead of winter sports stars Ester Ledecka and Mikaela Shiffrin, Grand Slam tennis champions Simona Halep and Angelique Kerber, and four-time ironman world champion Daniela Ryf in the vote. 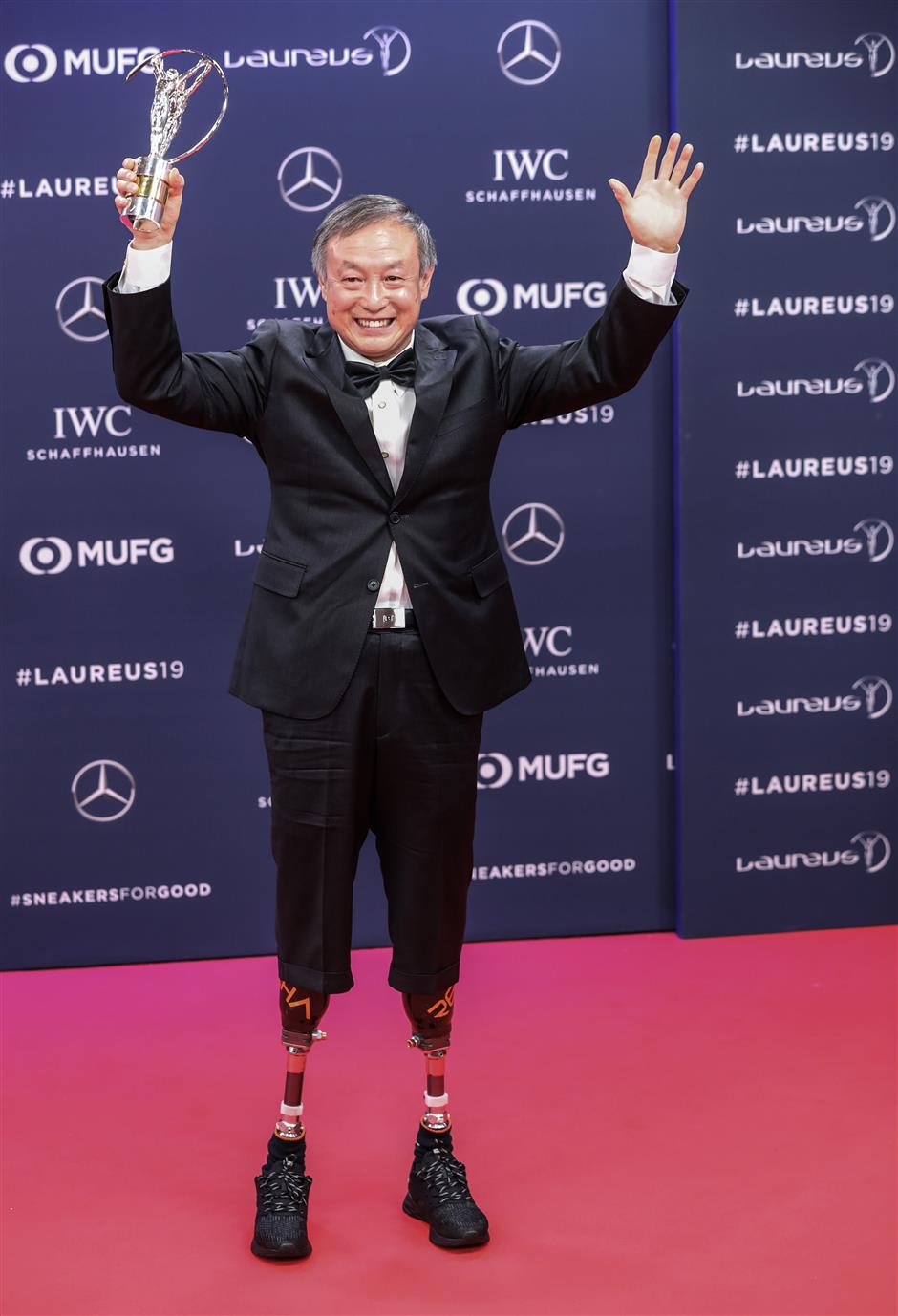 Winner of the Laureus Sporting Moment of the Year 2019 Xia Boyu — a double amputee who climbed Mount Everest — poses with his award at the 2019 Laureus World Sports Awards ceremony at the Sporting Monte-Carlo complex in Monaco on February 18, 2019.

Xia had lost both his legs in 1975 during his first attempt to reach the world's highest peak of Qomolangma due to frostbite. He challenged the summit in 2014, 2015 and 2016 as well, but his dreams were shattered owing to avalanche, earthquake and bad weather respectively. He finally made it in his fifth attempt on May 14, 2018, becoming the first Chinese double amputee climber to have reached the summit of Qomolangma.

"Reaching the summit of Qomolangma is always a dream and goal for me. I have fought for it over the past decades. Despite bad knocks several times, I never give up. I think the perseverance made my life so colorful and meaningful," said Xia.

FIFA World Cup winners France became the first national football team to win a second Laureus World Team of the Year Award. Their coach Didier Deschamps was on site to accept the award.

Japan's first Grand Slam tennis singles champion Naomi Osaka took the Laureus World Breakthrough of the Year Award. The 21-year-old is now number one in the world after recently winning the Australian Open.

Slovak alpine skier Henrieta Farkasova and her guide Natalia Subrtova won the Sportsperson of the Year with a Disability Award.

Yuwa, a sport for development organization that works in the rural region of Jharkhand in northern India, received the Laureus Sport for Good Award for their life-changing work in using football to improve the lives of young girls from disadvantaged communities.

Legendary football manager Arsene Wenger received the Laureus Lifetime Achievement Award for his contribution to football during his 22 years as manager of Arsenal.

Skiing great Lindsey Vonn's incredible career was recognized by the Laureus Academy with the Laureus Spirit of Sport Award.