Football Federation Australia boss David Gallop said on Thursday there will be no inquiry into the shock dismissal of Alen Stajcic as coach of the Australian women's soccer team.

Stajcic was sacked last month after a meeting with Gallop, with the governing body citing a "poor culture" around the team for his removal, which followed an internal survey of players and staff and a supplementary review by a women's rights group.

Ante Milicic was confirmed on Monday as the new coach for the Matildas and selected his first squad on Thursday for a six-team Cup of Nations tournament in Australia as they prepare for the June 7-July 7 Women's World Cup in France.

Gallop, appearing with Milicic at the squad announcement in Brisbane, said the FFA would not conduct a review of Stajcic's sacking.

"The board has said they have made a decision," Gallop said.

"There won't be a review of the decision.

"You don't take a decision to change coaches unless you've got good reason."

The FFA has come under fire over Stajcic's removal, with the former coach saying his reputation had been ruined by the decision and calling for an investigation.

"This has been particularly difficult. I acknowledge that ... (but) I'm fully committed to the role," he said.

"Week-in, week-out you are in a position where what you do is reviewed. We're all used to that."

Milicic told reporters that while the sacking had created some upheavals for the team, he was confident the players would be ready for the World Cup.

"I've done my research, I've spoken to people, part of the staff previously and currently," said Milicic, who was an assistant coach for the men's team at the last two World Cups.

"I've been around Australian sporting teams for a while now and I know what the environment needs to be.

"I know how we need to prepare for a World Cup. I will use all the experience that I've gained over the years and I've got no doubt at all that once we start working from Saturday onwards, that we'll be so focused on this World Cup, we'll block out anything from the outside.

"There will be no issues here. The focus will be on the football." 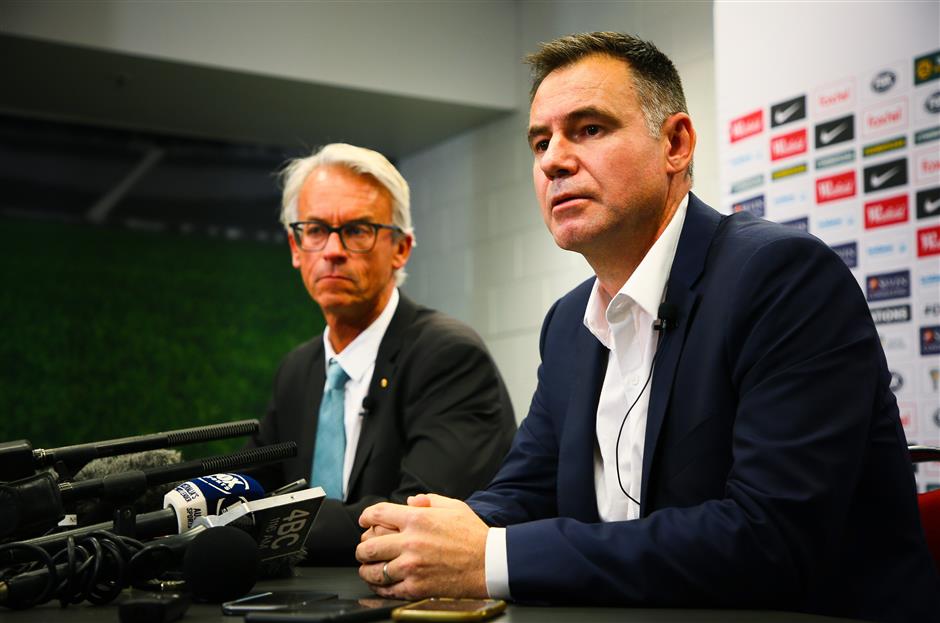