Cannavaro unsure about his future as China head coach 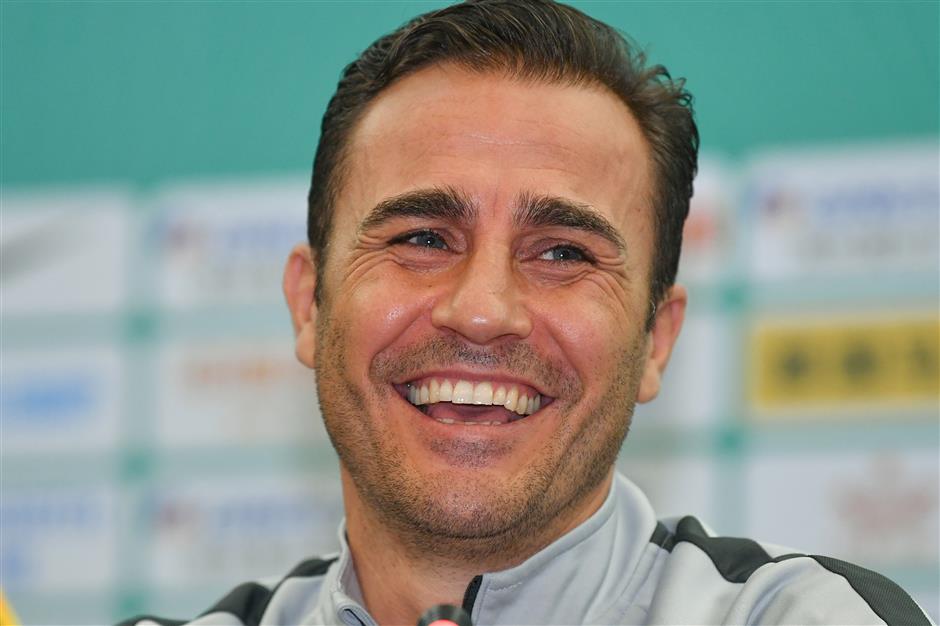 Fabio Cannavaro left the media throng with more questions than answers when he said on Wednesday that he was only certain of being the head coach of the Chinese national team for the upcoming China Cup tournament.

He was tasked with managing the national team at the China Cup, which will kick off on Thursday, and, on Wednesday, seemed unsure about his future after the tournament.

"After the tournament, we will have further talks and negotiations," he added. "And what we say now is only assumption to which I cannot give any answer."

China will play its opening match of the China Cup against Thailand on Thursday before meeting Uruguay or Uzbekistan next Monday.

Cannavaro insisted that the results of these two matches cannot be used to assess his performance.

"These two matches will not decide whether I will continue to act as the head coach of China," he said.

"I am here not to be assessed. I have nothing to show now as I can change nothing during four or five days with the national team," the 45-year-old said.

He hit back at critics who have questioned his capability to manage China.

"Some people said I am too young and lack experience, but I had a career as an Italian national player for 15 years, I played six finals with Italy and won four of them," said Cannavaro, who captained Italy to the 2006 World Cup title.

"I know far more about major international tournaments than those who have criticized me," he insisted.

Notable players to have featured in past tournaments include Wales' Gareth Bale, and Uruguayan striker duo Luis Suarez and Edinson Cavani, who are missing this time round because of injury.