Cannavaro gets off to losing start as Thailand beats China 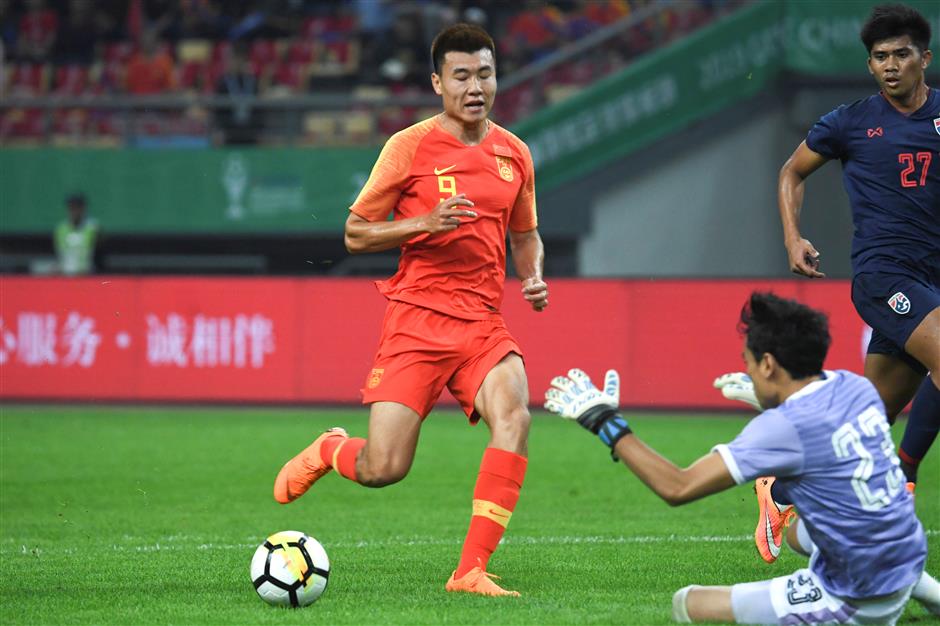 Italian legend Fabio Cannavaro is set to face more criticism after his first outing as China coach on Thursday ended in a 0-1 loss at home to Thailand.

His stint in charge got off to an inauspicious start before a 4,000-strong crowd as the loss meant the team will miss the final of the four-nation China Cup.

Chanathip Songkrasin slotted a pass into the net 33 minutes into the game at the Guangxi Sports Center in Nanning, south China's Guangxi Zhuang Autonomous Region.

The Warrior Elephants even came close to widening their lead in the second half but were denied by great saves from goalkeeper Yan Gunling while China's forwards missed several chances to equalize, with Thailand 'keeper Siwarak Tedsungnoen in equally good form.

In fact Tedsungnoen saved a dangerous-looking shot from striker Wei Shihao in the 88th minute — China's last effort at an equalizer.

China has developed an intriguing rivalry with Thailand since it was humiliated 1-5 by the Thais in June 2013 in a friendly at home — a loss that still rankles.

Cannavaro's appointment as China coach last week was met with criticism and even anger.

The Chinese Football Association has not made it clear if it was a permanent or temporary role for the Italian, who will remain in charge of Chinese Super League giant Guangzhou Evergrande.

The 46-year-old's ascension to the post — with mentor and predecessor Marcello Lippi remaining as an adviser — was widely predicted in Chinese media.

But sceptics said the former Juventus and Real Madrid center-back has done little to prove he deserves the job.

He previously had a seven-month spell with Evergrande before being sacked in 2014, and won promotion with Tianjin Quanjian in 2016, steering it to third in the CSL table the following year.

China and Cannavaro — if the 2006 World Cup winner lasts beyond the next match — are building towards the qualifiers for the Qatar 2022 World Cup, which begin in September.

China has reached the World Cup only once, in 2002, when it failed to win a point or even score a goal.

The four-team China Cup in Nanning sees Uzbekistan play Uruguay on Friday night. The winner plays Thailand in the final next Monday while China will settle for a third-place game.