There are contentious issues in cricket that, it seems, just aren't cricket.

Take for instance one particular run out, within the laws of the game but against some people's concept of the spirit of cricket, in the Indian Premier League that has divided fans, former players and experts across the world.

It's called a Mankad — named after the first player to do it in an international match in 1947. Kings XI Punjab skipper Ravichandran Ashwin ran into bowl but didn't release the ball, instead taking off the bails at the non-striker's end of the pitch while Rajasthan Royals batsman Jos Buttler was out of his crease.

The Indian Premier League posted the full video online under the questions: Within the rules of the game? Fair play? Would you have done it ?

In the video, there's some lively discussion between Ashwin and the English batsman Buttler on the field while the decision was referred to the TV umpire.

Respected international cricket analyst Harsha Bhogle said it was within the laws of the game for the bowler to run out a batter backing up at the non-striker's end, and there was no need for the bowler to warn the batter.

Bhogle was commentating on the game for TV. His co-commentator described Ashwin's run out as a "terrible, terrible gesture".

"Lots of drama on the Buttler run-out," Bhogle later posted on Twitter. "He was livid but the law and the advisory on it is clear. The bowler is within his right to run a player out at the non-striker's end if he is out of his crease."

It sparked immediate debate among other former cricketers. Some, such as former Australia legspinner Shane Warne, describing it as "disgraceful and embarrassing", while others could see no problem with the decision.

"As captain of your side you set the standard of the way the team wants to play and what the team stands for!" Warne posted on Twitter, adding that Ashwin would be remembered for it. 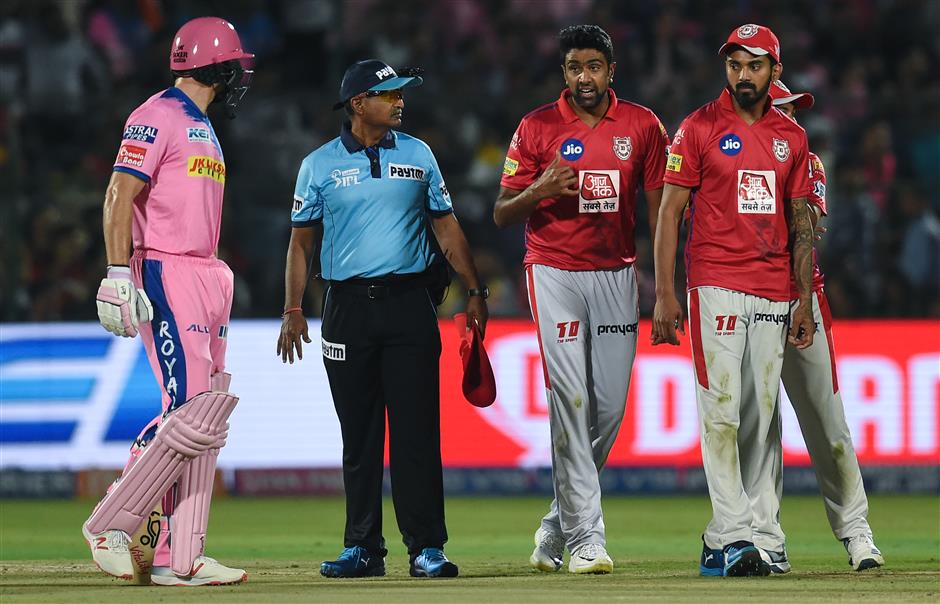 Under the old more-or-less unwritten rules, a bowler was supposed to warn a batter at the non-striker's end the first time a Mankad run out was an option in cases where the runner was leaving the crease too early.

The International Cricket Council codified the rule to reflect the bowler didn't need to warn a batsman, so long as the bowler abided by certain conditions.

What is still debatable is whether a bowler can lure the non-striker into leaving the crease early by faking a bowl.

Ashwin's team won, and he said in a later interview that it wasn't a pre-determined idea to run out Buttler.

"Look, it was very instinctive on my part. It was not planned or anything like that," Ashwin said. "It's there within the rules of the game. I don't know where the understanding of spirit of the game comes because quite naturally, if it's there in the rules, it's there."

In an ICC poll on Twitter, 72 percent of the 31,417 voters said they didn't believe Ashwin did the right thing.

Former England captain Michael Vaughan posted the question to those supporting Ashwin's move , if it had been India star Virat Kohli batting would they think it was a good idea?

"I would say to all India ex-players/pundits who are supportive of what R Ashwin did ... If @imVkohli was batting would you be so supportive !!???"

"We're here to play cricket and entertain the fans and be good role models for people who love the game."