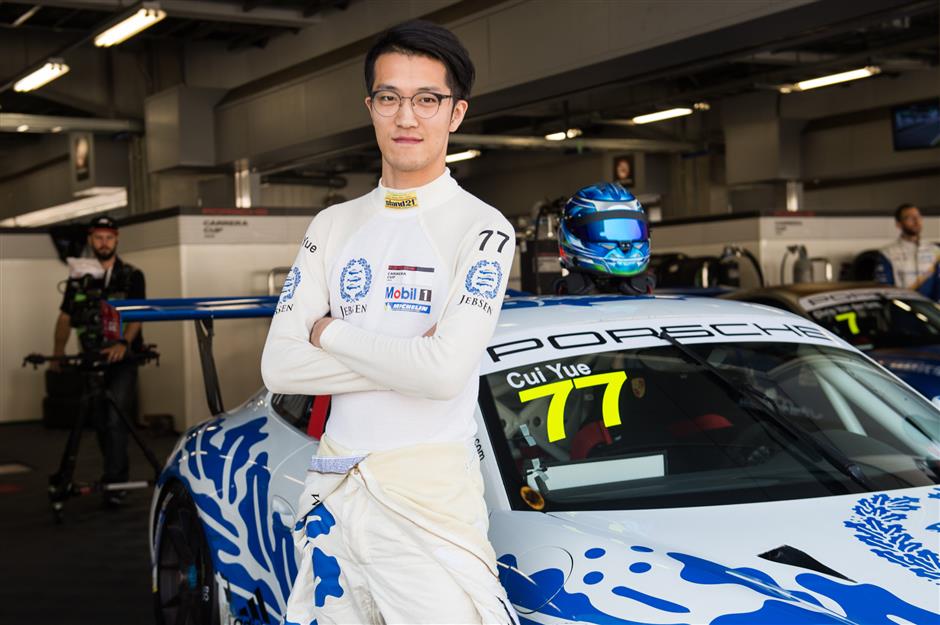 Cui Yue will be driving for Team Jebsen in the Porsche Carrera Cup Asia race at Shanghai International Circuit on the weekend of 2019 F1 Chinese Grand Prix.

For most young racers, becoming an F1 driver is a goal that’s out of reach even though it was their childhood dream to pursue a career behind the wheel.

Cui will be racing at the Shanghai International Circuit on the weekend of the 2019 F1 Chinese Grand Prix – driving for Team Jebsen in the Porsche Carrera Cup Asia race. Apart from eight Carrera Cup races over the year, he is also taking part in the China Touring Car Championship representing the Kia factory team.

“Motor racing is definitely a sport for the rich. My family is comparatively well-off, but not abundant enough to cover all the costs needed for cultivating a formula race driver. You would need to have a note printing house to support you,” he joked.

Cui has 16 years’ driving experience. With practicing in a real car proving expensive, a simulator becomes an economical solution and Cui is the joint owner of simulator studios in Shanghai, Beijing and Guangzhou open to amateur and professional drivers.

“The similarity is almost 100 percent regarding circuit circumstances and mechanical controls,” said Cui. “Actually F1 drivers rely even more heavily on simulators, as their real-car practice time is strictly limited and one can only get familiar with the track and car settings with the help of simulators.”

In Cui’s simulator studio on Shanghai’s Aomen Road, six sets of simulators are available to the public. The studio has had over 1,000 visitors since 2017, with about 300 of them frequent customers. For those wanting to make more progress, a two-day course is also available. 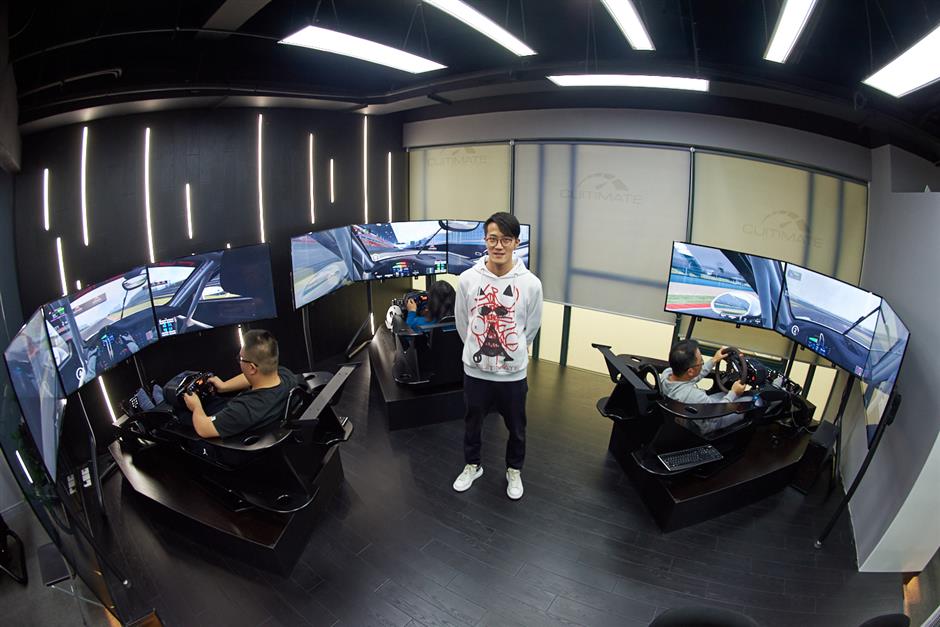 Cui Yue stands in front of three of the six simulators that are open to the public in his city studio.

“Our customers are aged from 4 to 53. The purpose is to bring motor racing closer to the general public, who can experience speed and get involved in motor culture at an affordable cost,” he said.

Their Cuitimate company also supplies simulators to auto companies and racing teams such as Porsche, Bosch, McLaren, Ferrari and Jacky Chan Racing. The Shanghai studio also serves as a training base for the Tongji University racing team. Tongji is known for its automotive studies major.

“Tongji’s racing team takes part in the formula race for university students with self-made cars. The students have a strong engineering background, but have never been trained as drivers. Our studio helps them make up for driving knowledge, including circuit circumstances and car controls,” said Zou. 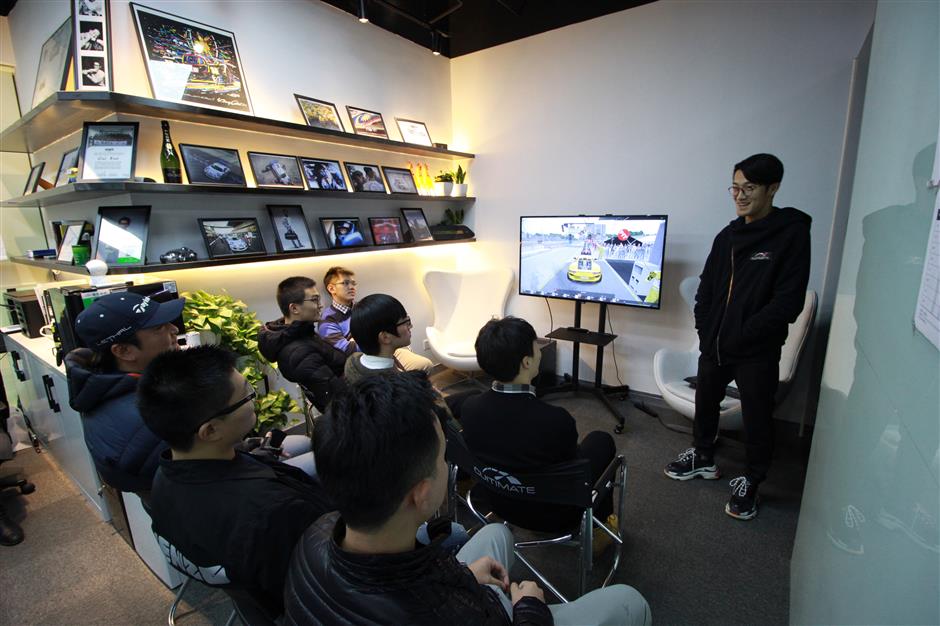 “Our future goal is to create China’s own simulator racing IP and provide both online and offline racing platforms for China’s motor racing followers,” said Zou.

Zou worked in marketing and cultural fund management before joining forces with Cui.

“As a self-supported racing driver, I consider myself extremely lucky to have a smooth career,” said Cui, who was first attracted to the sport at the age of 10 when he accidentally ventured into an indoor karting park. He started the pursuit of his career all the way from karting to formula and then touring car competitions.

“I was a good student in school, but had to sacrifice academic performance later in high school due to limited energy and time. My family gave me full support and spent at least 4 million yuan on me until about eight years ago when I could support myself financially by racing. This is already the minimum investment to bring up a driver to the level I am today, and that’s why I consider myself lucky.”

Cui said it was in 2012 that his “F1 dream” was shattered when he raced in the Formula Master series and realized that he couldn’t continue in formula competitions due to financial limitations.

“A racing driver’s career is very short. As an ‘old man’ on the circuit, I’m still working hard and want to take part in the WTC and WEC competitions. Even when I retire someday, I can still keep racing on simulators,” he said. 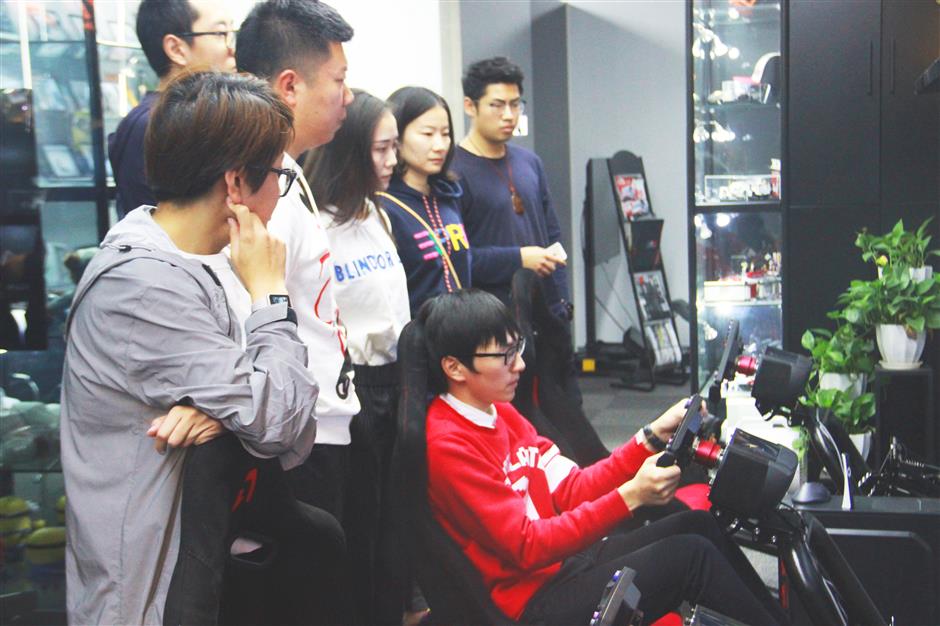 All the thrills of motor racing without the expense is offered at Cui Yue's simulator studio in Shanghai.