Li in awe of Tiger after Augusta masterclass 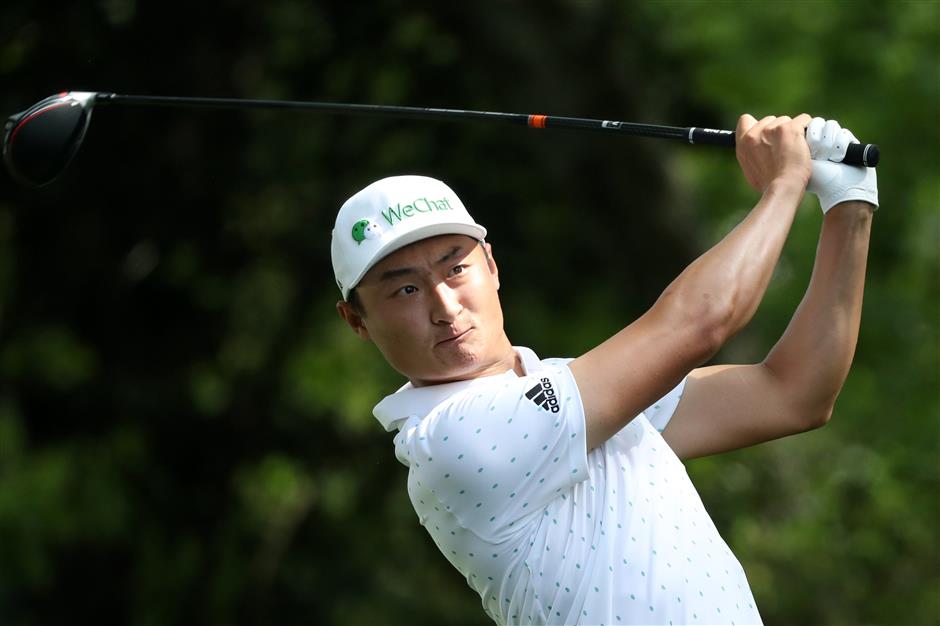 Li Haotong of China hits off the second tee during first-round play of the 2019 Masters at Augusta National Golf Club in Augusta, Georgia, in this April 11, 2019, photo.

China's No. 1 Li Haotong said on Wednesday he didn't realize how good Tiger Woods was — until he played with his golfing idol at the Masters last month.

Li, the world No. 39, had a front-row seat as one of the greatest comebacks in sporting history unfolded — he was grouped with Woods for the first two rounds at Augusta.

"Tiger is Tiger," Li told reporters. "Only if you have played with him can you just realize how good he is.

"When I knew I was going to play with him, I was extremely nervous," admitted Li, who was playing his second Masters and finished 43rd, 12 strokes behind the American.

"Once I was on the course I relaxed and played some good golf," said Li, who has a best major finish of third at the 2017 Open Championship.

Woods went on to win his 15th major after an 11-year hiatus to complete a scarcely believable resurrection after injury, surgery and marital strife.

Speaking on the eve of the milestone 25th Volvo China Open in Shenzhen, southern Guangdong Province, Li said he had sensed that Woods was gunning for a fifth Green Jacket.

"I thought he might have a chance of victory, but when he won I was happy for him," the 23-year-old told reporters of the 43-year-old Woods, who was Li's boyhood idol.

Li revealed that in travelling halfway around the world to play in his home national open this week he had given up a place in a top-quality field against the likes of Rory McIlroy at the US PGA Tour's US$7.9-million event at Quail Hollow.

Instead Li is teeing up in the US$3-million flagship China event before jetting back to the US on Monday to prepare for the year's second major, the US PGA Championship at Bethpage in two weeks' time where he will again lock horns with Woods.

"It's very important to me to support the Volvo China Open, that's why I have come back to play," he insisted.

"I had scheduled America this week, but I just thought as a Chinese player it is more important to play here," said the highest-ranked player in the 156-man field.

The tournament, which has carried European Tour status since 2004, carries sentimental value for Li who won it in 2016 to lift his maiden European Tour title.

"It means a lot to me, I was 15 the first time I came to this event, and I won my first European tournament here. So I definitely want to play and win the Volvo China Open again."