'Your mum wants you home': Chris Coleman on brink of sack in China 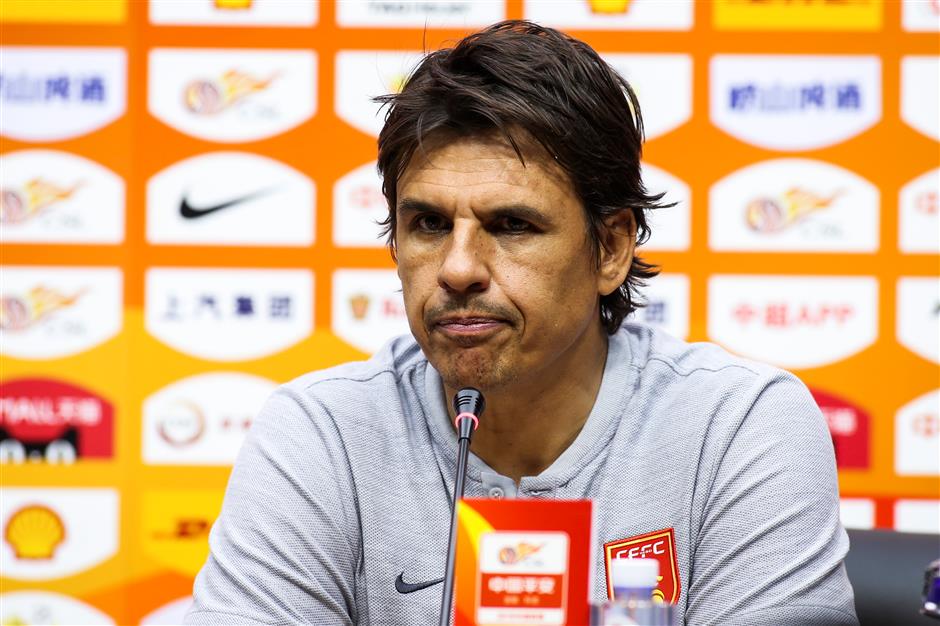 Hebei China Fortune coach Chris Coleman at the press conference after his team lost 3-2 at home to mid-table Henan Jianye at the weekend.

Chris Coleman is battling to save himself from the sack after angry fans of struggling Hebei China Fortune demanded the former Wales manager be fired.

The 48-year-old's side have won only once in nine Chinese Super League games this season and languish one place off bottom spot.

A Hebei team containing former Barcelona star Javier Mascherano lost 3-2 at home to mid-table Henan Jianye at the weekend and had a man sent off for the fourth time in all competitions this year.

Coleman, who took Sunderland down into England's third tier in his previous job, is under intense pressure from Hebei fans who want him removed.

In Chinese it read: "Coleman, your mum wants you home for dinner."

He was sacked after four years in the hot seat at Craven Cottage and then had a spell with Real Sociedad in Spain.

But he enjoyed his most successful time in charge of his native Wales, taking them to a shock semi-final place at Euro 2016.

Coleman succeeded West Ham United-bound Manuel Pellegrini at Hebei in June 2018, but has won only seven of his 28 games after making a decent start.

Last week, after a 2-0 defeat to Marouane Fellaini and Shandong Luneng, Hebei issued an open letter to fans apologising and saying that it has been "the toughest start (to a season) in the club's history".

"We let you down and we can't make any excuses for the recent performances," said a statement.

Hebei, who are above rock-bottom Beijing Renhe only on goal difference in the CSL, travel to seventh-placed Tianjin Teda on Sunday.