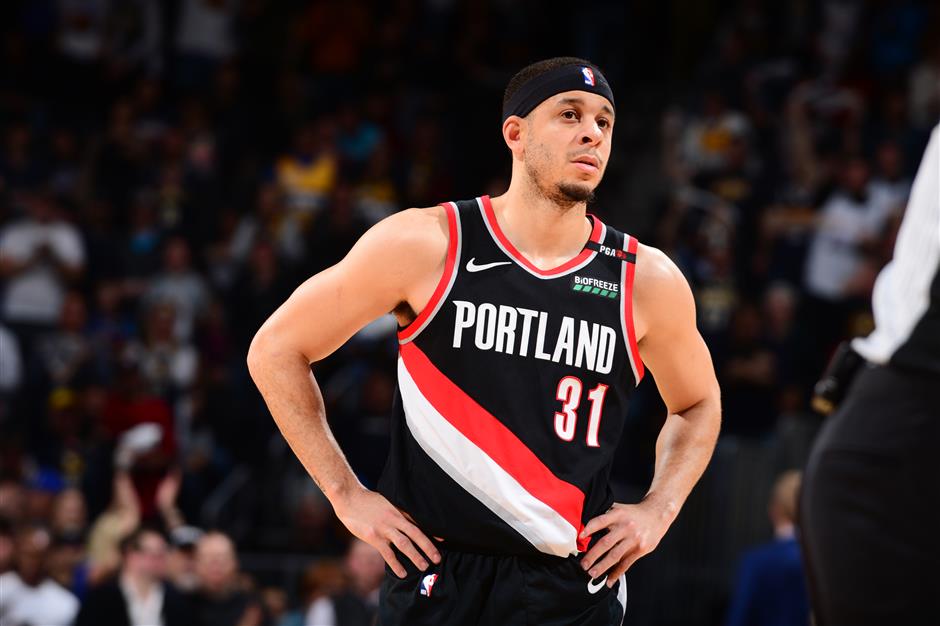 Seth Curry of the Portland Trail Blazers during Game 5 of the NBA Western Conference semifinals against the Denver Nuggets at the Pepsi Center in Denver, Colorado, on May 7, 2019.

According to the Elias Sports Bureau it will be the first time a pair of brothers have played each other in a conference final — and the first time two brothers have clashed in the playoffs since Spain's Marc Gasol and the Memphis Grizzlies took on Pau Gasol's San Antonio Spurs in the 2017 first round.

Interestingly, the Gasol brothers are on the opposite sides again in this year's Eastern Conference finals, with Marc's Toronto Raptors playing Pau's Milwaukee Bucks, with Game 1 set for Wednesday night (Thursday morning China time). However, Pau Gasol won't be taking any further part in the season following foot surgery.

Two-time NBA Most Valuable Player Stephen Curry, 31, will be playing in a fifth straight conference final, while Seth will be fighting for an NBA Finals berth for the first time.

"So many years I've watched Steph play in the Western Conference final, the NBA Finals — being in the crowd," 28-year-old Seth said after the Trail Blazers edged the Denver Nuggets 100-96 in Game 7 of their second-round series on Sunday.

"It's going to be fun to be out there on the court, competing to get to the finals. It's a dream come true for us two."

It might seem like a nightmare scenario for the brothers' parents, former Charlotte Hornets star Dell Curry and Sonya Curry, but Sonya told US sports broadcaster ESPN it was a win-win for the family.

"From our end, to see both of our sons compete at this level and for the goal to be a championship is such a blessing," she said. "We never could imagine this.

"One of them might go home, but we're going to the championship."

The Curry parents have been travelling the country watching their sons' playoff games. Dell Curry told ESPN their biggest dilemma now will be deciding "who represents who". But his wife had a solution for which parent will wear Blazers gear and which will sport Warriors colors.

"We are flipping a coin every game," she said. 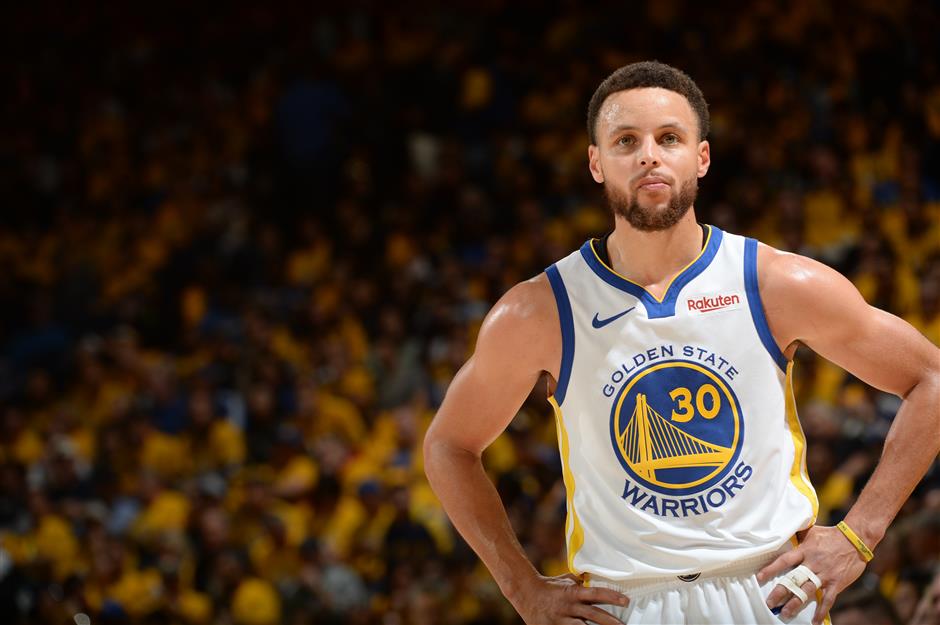 Stephen Curry of the Golden State Warriors looks on during Game 5 of the Western Conference semifinals against the Houston Rockets at Oracle Arena in Oakland, California, on May 8, 2019.

Meanwhile, Golden State star Kevin Durant has been ruled out of the game and coach Steve Kerr said he could miss more of the best-of-7 series.

Durant was listed as out for the game in Oakland, California, on the Warriors' injury list, and Kerr told reporters that he did not know when Durant would return from a right calf strain.

"Everyone needs to slow down a little bit on the Kevin stuff," Kerr said after the team practiced on Monday. "He hasn't even stepped on the floor yet. We've tried to remain somewhat vague because the injury is open-ended in terms of how much time he will need to recover."

Kerr said he thought the uncertainty surrounding Durant's return had led some to think he'd be back sooner than he will.

"He still has pain," Kerr said. "So there's time ahead of him on the rehab process."

Durant was averaging a league-best 34.2 points in the playoffs when he was injured in the third quarter of Golden State's 104-99 victory over Houston in Game 5 of their second-round series last Wednesday.

The Warriors went on to seal the series with a Game-6 win without Durant as an MRI showed the injury was no worse than the strain originally diagnosed.