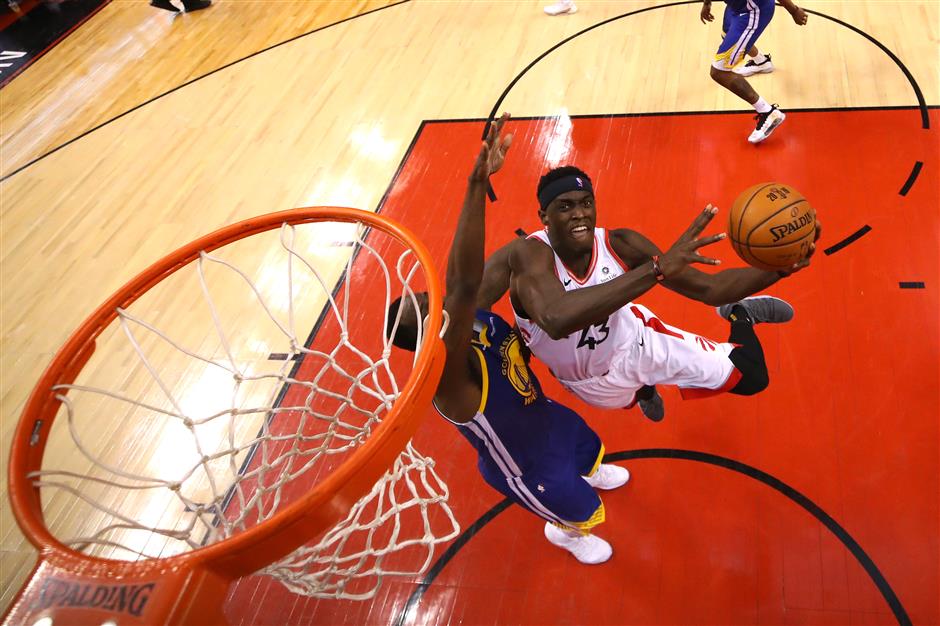 Pascal Siakam #43 of the Toronto Raptors attempts a lay up against the Golden State Warriors in the first half during Game One of the 2019 NBA Finals at Scotiabank Arena on May 30, 2019, in Toronto, Canada.

The 25-year-old Cameroonian forward made 14-of-17 shots from the floor while Kawhi Leonard added 23 points and both players pulled down eight rebounds and passed out five assists.

Spanish center Marc Gasol added 20 points and Kyle Lowry had nine assists for the Raptors, who seized the lead in the best-of-seven championship series that resumes Sunday in Toronto.

Stephen Curry scored a game-high 34 points for Golden State but the Warriors could not solve Toronto's swarming and aggressive defensive work.

"We've got a lot of bodies," Siakam said. "We've got guys just willing to move and play defense. We use it to our advantage. I think we're doing a pretty decent job. We made some mistakes but for the most part we played solid."

The Warriors seek their third title in a row and fourth in five seasons while the Raptors are in the first NBA Finals in their 24-season history.