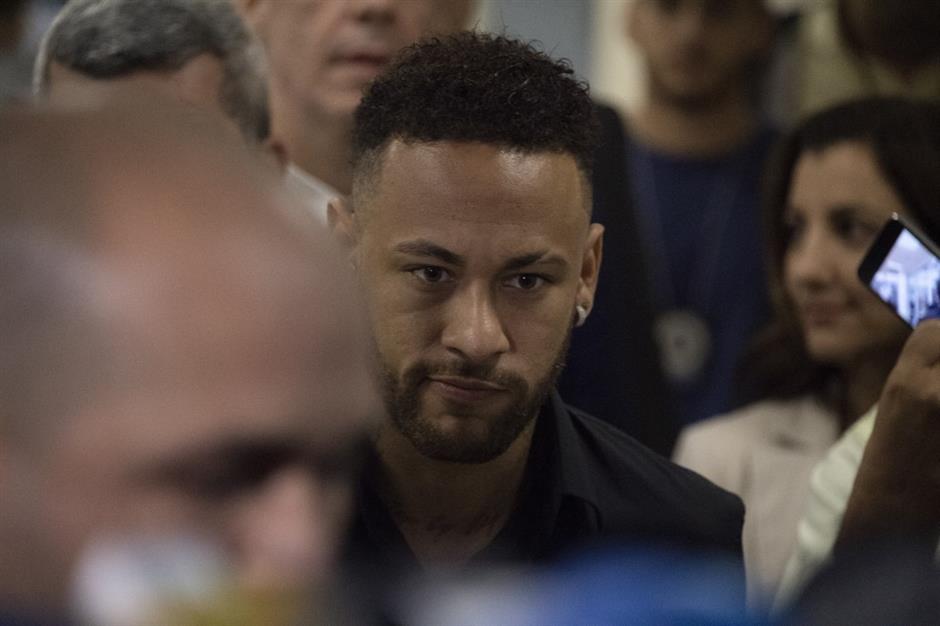 Brazil's star striker Neymar leaves a Police Station after giving a statement to police for posting intimate WhatsApp messages with Najila Trindade Mendes de Souza, who has accused him of rape, on social media, at the Internet Crime Special Police Unit in Rio de Janeiro, Brazil on June 6, 2019.

Brazil's Neymar went to a Rio de Janeiro police station Thursday to give a statement in a probe into whether he broke the law by posting intimate pictures of a woman who accused him of rape.

The football megastar — full name Neymar da Silva Santos Junior — went to the station in an attempt to defend himself, sitting in a wheelchair after spraining his ankle the night before in a pre-Copa America friendly that has ruled him out of the tournament.

As he made his way out through a media scrum after giving his statement to police, the star striker expressed gratitude to his fans for their support.

The injury to the world's most expensive player is a huge blow to host nation Brazil's preparations for the South American continental championship, which begins on June 14.

Neymar hobbled off the field in the 20th minute of Brazil's 2-0 win over Qatar in Brasilia on Wednesday. A large ice pack had been strapped to his lower right leg.

Neymar's club, Paris Saint-Germain, tweeted Thursday that the player "suffered a severe sprain of the outer lateral ligament of his right ankle," and will be "reassessed by the club's medical department within the next 72 hours."

The injury caps a troubled season on and off the field for Neymar, who faces accusations that he raped the woman, Najila Trindade Mendes de Souza, in a Paris hotel in May.

Neymar denies the claims and in an attempt to defend himself, published intimate WhatsApp messages and images of his encounter with Trindade on social media — without her consent, possibly breaking Brazilian law.

Such an offense carries a maximum five-year jail term. 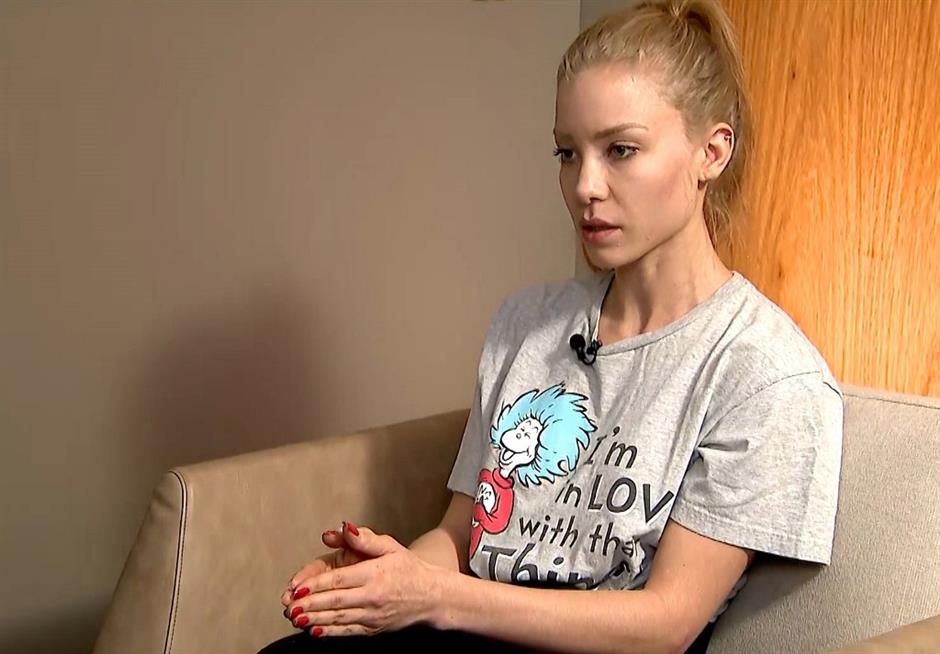 Just before the late Wednesday game the SBT TV network aired an interview with Trindade in which she described suffering "aggression together with rape" at the hands of the player.

Trindade, who says she works as a model, acknowledged she initially liked Neymar and wanted to have sex with him.

The player paid for her plane ticket from Brazil and put her up in a Paris hotel.

Things changed dramatically at their first encounter, Trindade said. "He was aggressive, totally different than the boy that I got to know on the messages.

"Since I really wanted to be with him I said, OK, I'm going to try to handle this," she said.

After some kissing and caressing "he started to hit me ... then he began to hurt me a lot, and I asked him to stop because it hurt."

According to Trindade, Neymar apologized, but then continued to hurt her while they had intercourse.

A video circulating on social media showed Trindade hitting Neymar in a hotel room and accusing him of assaulting her the day before.

In a sign of how significant a figure Neymar remains in Brazilian life, President Jair Bolsonaro offered his public backing for the player ahead of the match with Qatar, and later visited him at the hospital.

"I wish you a good and fast recovery," Bolsonaro said on Instagram beneath a photo of him and Neymar.

Neymar posted a photo of his swollen ankle on Instagram with a message: "After the storm comes the calm."

Sponsors however are not calm. Mastercard canceled a Neymar-themed ad campaign that was to be broadcast during the Copa America, Spanish media reported, while Nike expressed its "deep concern" on Monday.

Neymar's injury also leaves a question mark over the future career of a player who cost Qatar-owned Paris Saint-Germain a world-record fee of 222 million euros ($248 million) when he moved from Barcelona in 2017.

Ankle problems ruled him out of the second half of the just-completed Ligue 1 season in France. When Neymar did finally return to the team, he played as PSG suffered a shock defeat to Rennes in the French Cup final — and afterward lashed out at a supporter in the stands.

﻿
Special Reports
ADVERTISEMENT
Tougher virus prevention and control measures for holiday
Suspected COVID-19 cases found in Baoshan District
Classic Hangzhou fare wrapped in nostalgia
Honor releases first products since Huawei spinoff
Forum calls for more creativity to drive tech innovation
'Meet The Bund' for a Michelin star journey
Let an umbrella be your smile! A town with plenty to be happy about
Boys vs girls: It's hard to shake old ideas
Ever-evolving trends in cuisines and wines
How to tell opinion from fact: Do you live in a world of two realities?
EXPLORE SHINE