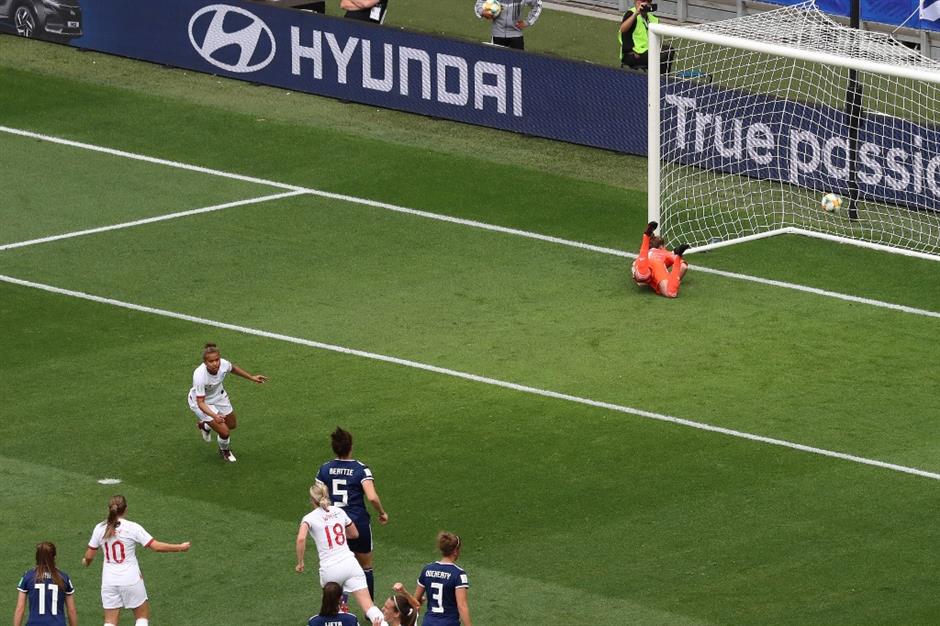 England got the better of its old foe Scotland in Nice Sunday in their opening women’s World Cup game, although Phil Neville’s side was forced to cling on for a 2-1 victory.

A Nikita Parris penalty and Ellen White’s strike had England 2-0 up and cruising in the south of France, but Scotland rallied in the second half on their World Cup finals’ debut and Claire Emslie pulled one back.

Elsewhere there was agony for Australia as they conceded a stoppage-time goal to lose 2-1 to Italy in Valenciennes.

Barbara Bonansea popped up at the back post to head in a stoppage-time winner. It was a second goal of the game for the Juventus player, who had already leveled for the Italians, canceling out the opener from Australian hotshot Sam Kerr.

Brazil got off to a great start too, with Cristiane scoring a hat-trick to secure a 3-0 win over Jamaica’s Reggae Girlz.

The former Paris Saint-Germain player headed in the opener after 15 minutes, scooped a rebound over the line five minutes after the break and capped her treble with a fine free-kick that curled in off the bar just past the hour.