'No secrets' between SIPG and Evergrande

Shanghai SIPG take on Guangzhou Evergrande at Shanghai Stadium on Friday. With defending champion SIPG and seven-time winner Evergrande second and third in the table, the match is the focus clash of the 13th round of the Chinese Super League.

“We played against each other six times in the 2017 season, so there are no secrets between the two teams,” vice captain Wang Shenchao told reporters three days ahead of the match. “It will all depend on preparation and how players perform on pitch.”

The CSL took a two-week break while China played friendlies against Philippines and Tajikistan. SIPG keeper Yan Junling and defender He Guan were selected for Marcello Lippi’s squad, while Evergrande had a total of seven players recruited.

“It means we got more rest during the break, and this may be to our an advantage,” said Wang.

SIPG’s Yu Hai missed the friendlies after he picked up an injury at the end of last season. He also missed the Asian Cup in March.

“As a professional, you have to be ready all the time no matter if it’s playing for club or country. I’m both physically and mentally prepared as long as my country needs me,” said Yu.

“We hope the fans will take more Jinxiaocao so as to cheer for us loudly during the match against Evergrande,” Yu joked during the ceremony.

Currently, Beijing Guo’an is leading the CSL standing on 33 points, followed by SIPG (31) and Evergrande (28). 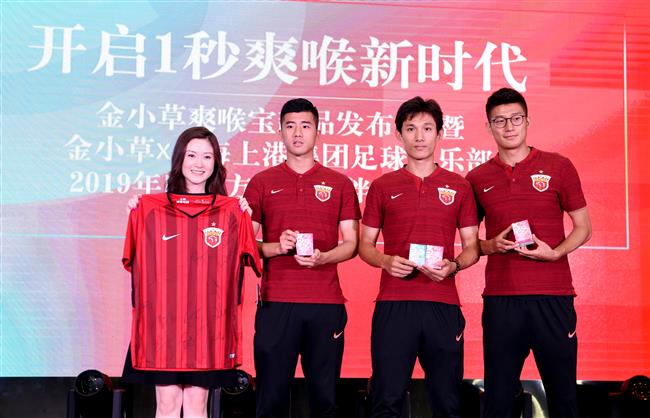