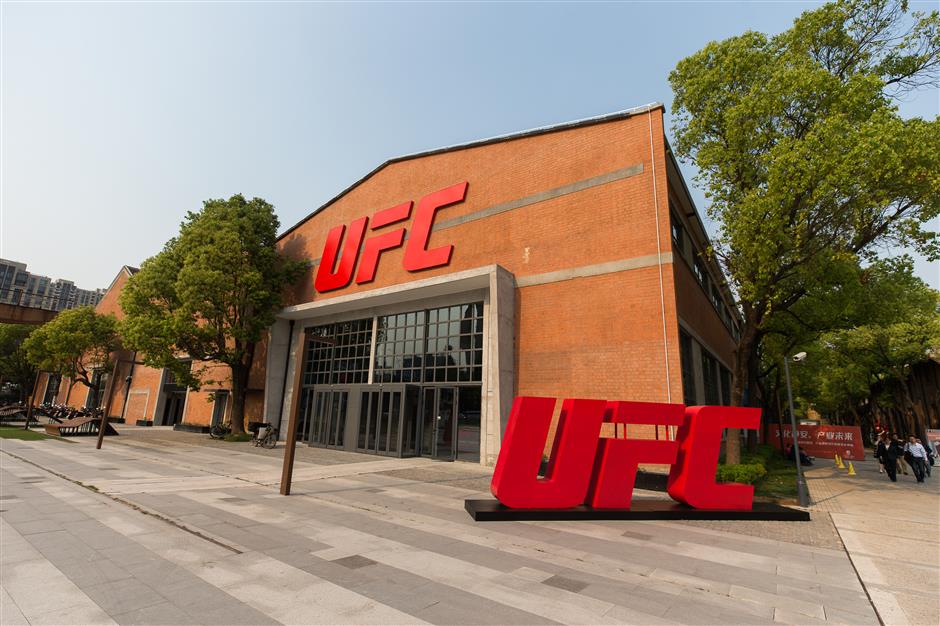 For the past few years China has been considered a fruitful market, full of great potential by mixed martial arts promoters seeking to develop modes, organize competitions and build up a talent selection and training system.

As the world’s largest and most influential MMA organization, US-based Ultimate Fighting Championship took another steady step in its exploration of the Chinese market by opening its first overseas performance institute in Shanghai’s Jing’an District last week.

Taking up a space of 8,600 square meters, the institute became the world’s largest MMA training and development center — nearly three times the size of the original UFC Performance Institute in Las Vegas. It was built on an obsolete industrial structure on Wenshui Road with an investment of US$13 million.

Equipped with world-class facilities, including two octagons, a boxing ring, hypoxic lab, cryotherapy chamber, underwater treadmill and floatation tank, the institute is serving as a UFC headquarter in Asia to develop and support MMA athletes from China and the greater Asia-Pacific region.

“The facilities will give us the ability to train the next generation of Chinese MMA stars and allow fans to interact with our brand in an authentic way,” said Ike Lawrence Epstein, UFC Chief Operating Officer. “Half of UFC’s competitions and markets are out of the US, and the Chinese market is among the top five. It’s a country with a martial arts culture and great economic potential, and that’s why we picked Shanghai for the institute.”

The institute will open to UFC’s contract athletes for free. UFC has been reaching out to MMA clubs and organizations in China, and selected or recommended athletes will be invited to the institute for trials. Those rated as promising will be offered a scholarship into the UFC Academy and take a six-month training course at the institute.

“MMA is still a young sport in Asia,” said Kevin Chang, Senior Vice President of UFC Asia Pacific. “There is still a big gap between Asian fighters and world’s best martial artists. What we are doing with the institute is to dig out more future talents in Asia.” 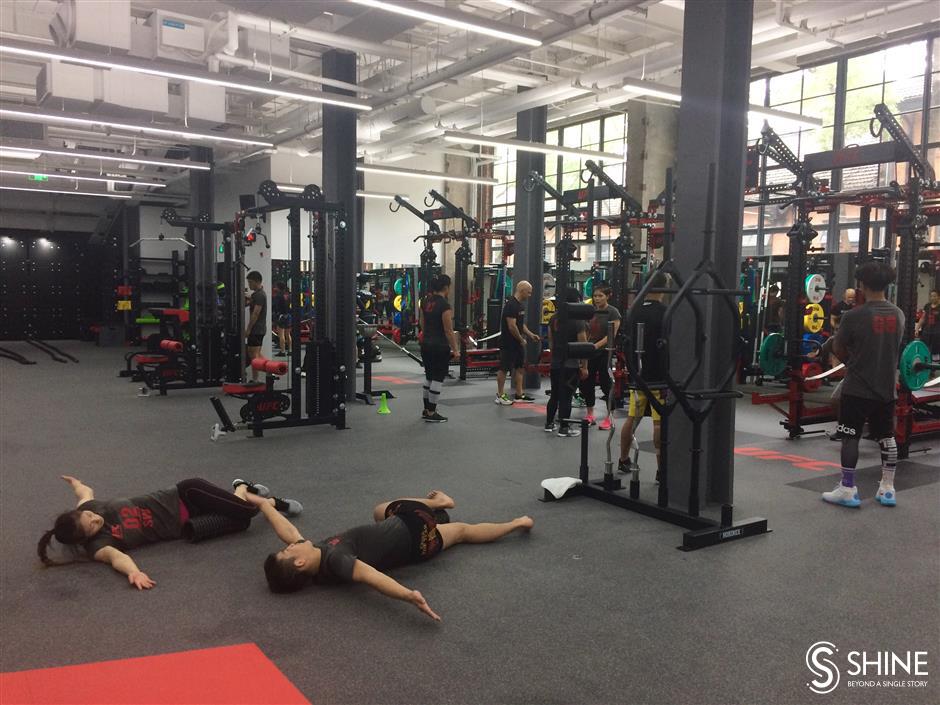 As UFC’s base in Asia, the institute will develop and support MMA athletes from China and the greater Asia-Pacific region. 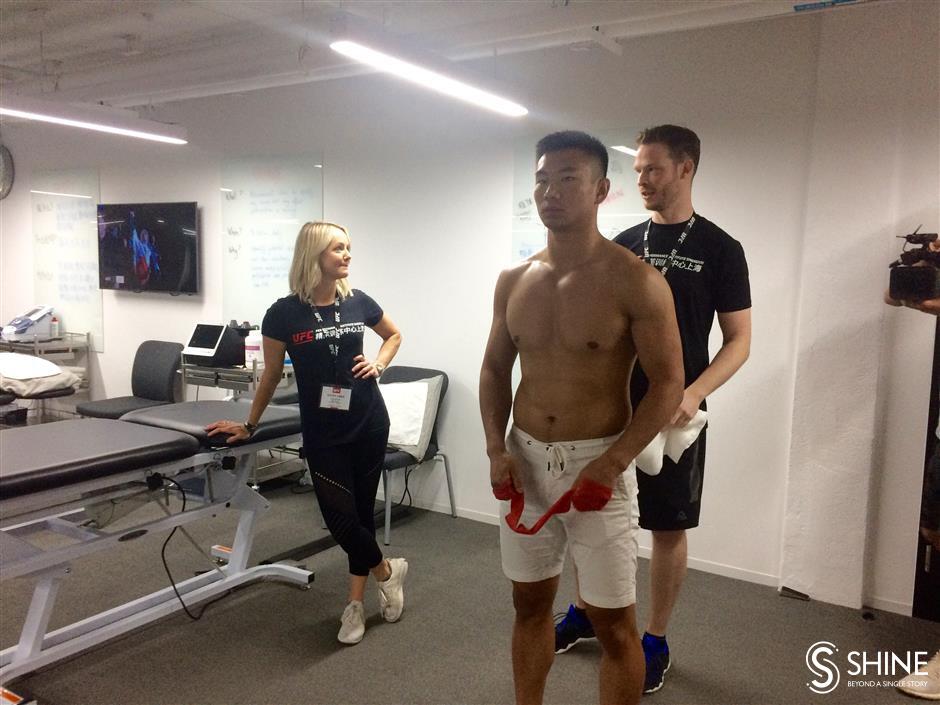 Forty-five Chinese athletes went through a series of skill-based evaluations, profiling exams and performance tests at the institute, and 26 have been offered a chance to make a career in MMA with UFC.

UFC President Dana Frederick White also made his first trip to China for the opening of the Shanghai institute.

“The Shanghai institute borrowed designing concepts from our base in Las Vegas and came out as an even better venue,” White said. “With the new institute, we want to increase the number of Chinese MMA athletes and cultivate a world top 10 fighter in China, or even a Chinese world champion who will surely impact this market.”

UFC entered China two years ago, staging its debut competition at Shanghai’s Mercedes-Benz Arena. It visited Beijing last year and will land in Shenzhen in southern Guangdong Province this year.

Zhang Weili will become UFC’s first Chinese contender to challenge for a gold belt in her motherland. She will take on newly crowned strawweight champion Jessica Andrade from Brazil at Shenzhen’s Universiade Sports Center on August 31. 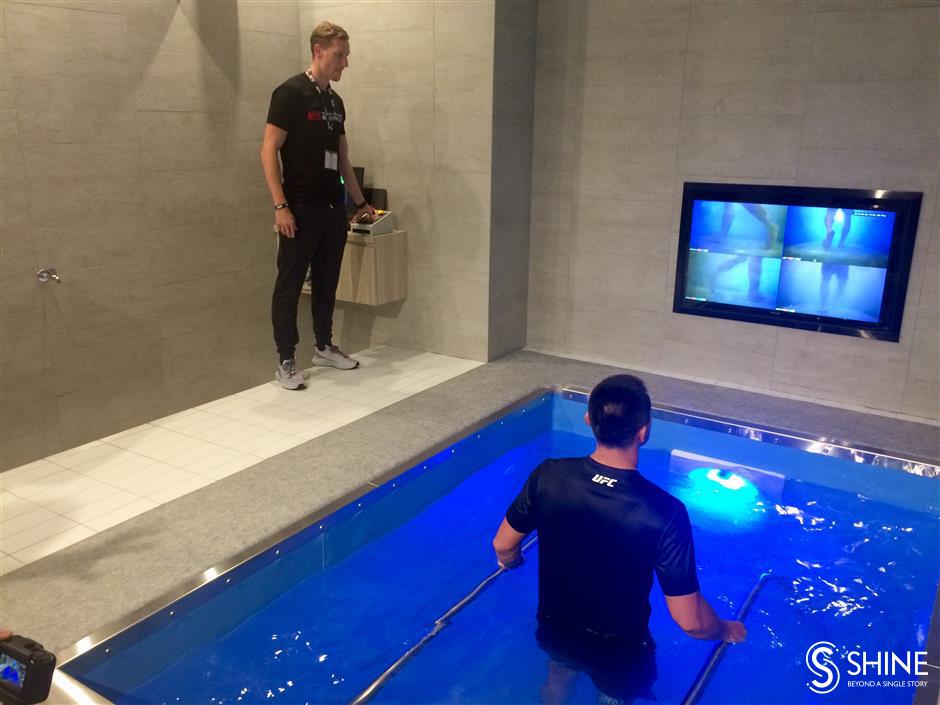 Shanghai’s UFC Performance Institute is equipped with world-class equipment, including an underwater treadmill.

UFC had about 10 Chinese athletes on its roaster last year. This year the number has grown to 75.

Zhang (19-1, 9 KOs) is the highest-ranked Chinese athlete in UFC’s history — sixth in the strawweight ranking. Before joining UFC, she was with Kunlun Fight, a leading domestic combat sport promoter based in Beijing.

Zhang is not the first MMA athlete to “transfer” from Kunlun to an international promoter. Another former Kunlun female fighter, Xiong Jingnan, joined Singpapore-based MMA promoter ONE Championship in 2017 and became the competition’s first Chinese gold belt holder last January. Her strawweight title was a boost to the influence of ONE, which entered China in 2017.

ONE then signed another Chinese female athlete Lin Heqin earlier this year, who also used to be a Kunlun fighter.

Kunlun Fight was established in 2014 and became the fastest-growing domestic MMA promoter. It held over 170 competitions around the country last year.

“Combat sport was a very popular business in China a few years ago, which had attracted a lot of investment,” said Jiang Hua, Chief Executive Officer of Kunlun Fight. “But the industry encountered a shrink later. Some promoters and competition organizers failed to create a profitable model and collapsed after the withdraw of capital.”

“For Kunlun, we made it into an event and a TV program the same time from the very beginning. We had our fights broadcasted through TV channels and online platforms and even on ESPN in 2017. Now our program reaches 80 countries and regions.”

While UFC and ONE are expanding their influence in China by creating Chinese star athletes, Kunlun has been placing more emphasis on building its platform and brand.

“For promoters focusing on stars, what will they do when a star decides to leave? We have been building a brand with high-quality competition to avoid such a risk,” said Jiang.

Jiang said he is not afraid of the “transfers” of fighters. “China is not short of promising fighters, as there are about 13,000 MMA clubs around the country,” he said. “All they need is a good platform. Apart from athletes, we also need other talents including good trainers and operative staff.”