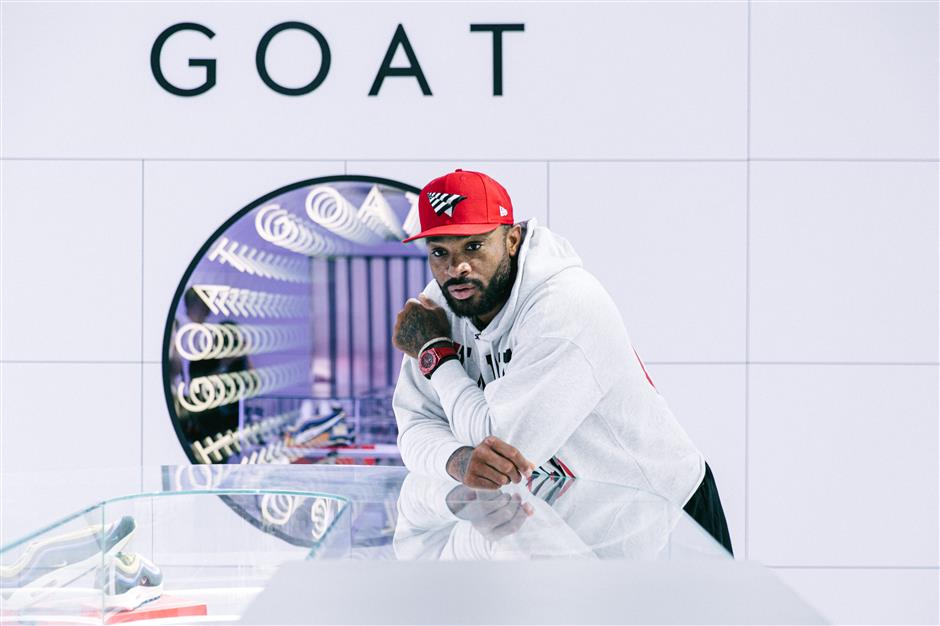 Houston Rockets forward PJ Tucker showed up in Shanghai over the weekend as ambassador for the sneaker trading platform GOAT.

Houston Rockets forward PJ Tucker showed up in Shanghai over the weekend as the ambassador for GOAT, the world’s largest trading platform for authentic sneakers, which announced its entry into China.

At the temporary pavilion GOAT set up at Shanghai’s HKRI Taikoo Hui in Jing’an District, 24 pairs of rare or limited-edition sneakers were on display, including Nike Dunk High “Wu-Tang” and Nike Air Yeezy 1 “Glow in the Dark Tour”. Visitors could talk with GOAT inspection specialists about the sneakers' verification.

Tucker is a self-proclaimed "sneakerhead" who has stored hundreds of pairs of basketball shoes. And his collection is not just about quantity, they are also quality shoes. Some of his collections include rare brands of sneakers from former National Basketball Association players such as Shawn Marion, Michael Finley, Josh Howard, and Eddie Jones.

The trading of rare sneakers can be risky for purchasers due to the difficulty in verifying the authenticity of the shoes.

Established in 2015, GOAT aims at creating a trustworthy marketplace for sneakers. It promises to accept sellers with the best reputation and verify all sneakers to ensure their authenticity before selling them.

GOAT has logged over 75,000 pairs of sneakers on its database. Its specialists inspect all details from the label to stitching, texture, weight, color and smell. It has 12 million users globally. 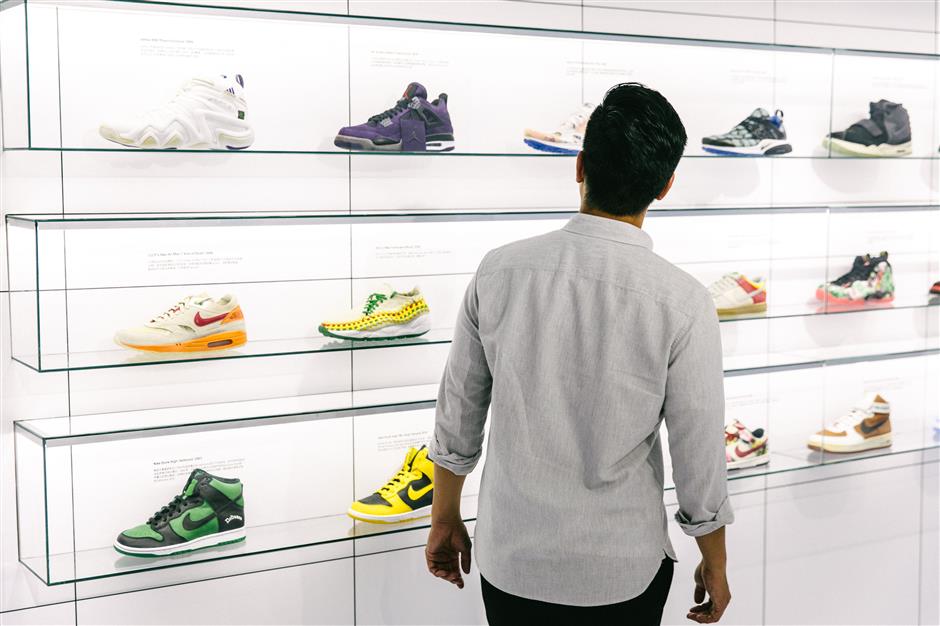 Twenty-four pairs of rare or limited editions of sneakers were on display at the temporary pavilion GOAT set up at Shanghai’s HKRI Taikoo Hui in Jing’an District.