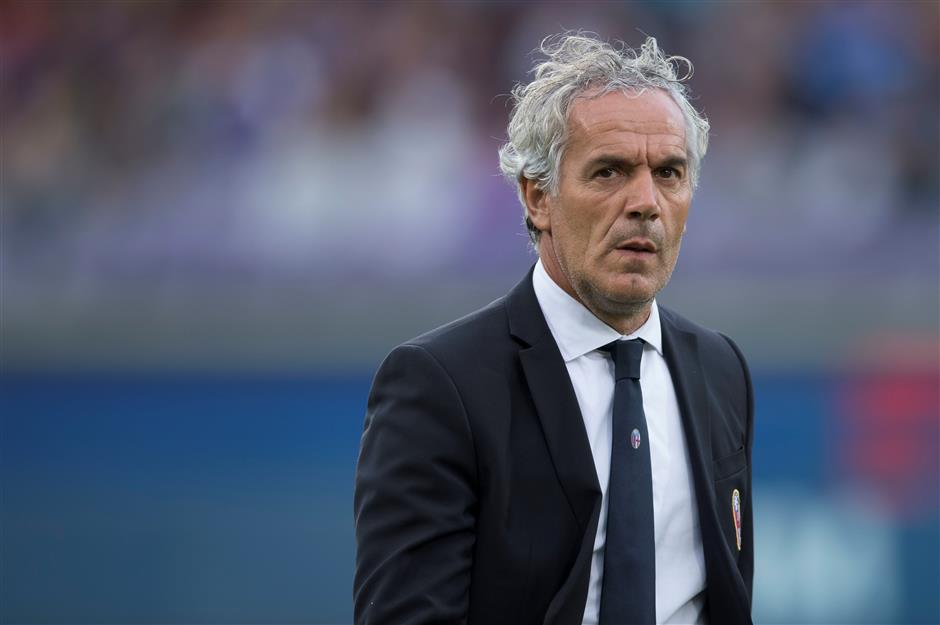 "I know our team are facing many difficulties, but I are very confident that the team will stay in the top flight," Donadoni said.

Winning only three of 20 matches, Shenzhen is currently 15th in the CSL table. Donadoni has little time but plenty of work to do to save the team from relegation.

"Before I decided to accept the job offer, I had already studied the team and the league a lot, including watching a handful of match videos, " he added.

"After the study and evaluation, I told myself: go ahead. I hope all the executives, coaches, players and fans of Shenzhen can united as one to spare no effort in this tough battle," he said.

The 56-year old was sacked by Serie A club Bologna last May after he led the Italian side to 15th. He succeeded Marcello Lippi to coach Italy after the Azzuri won the World Cup in 2006 and ended his spell in 2008 after defeating to Spain in the quarterfinals of the 2008 European Championships.