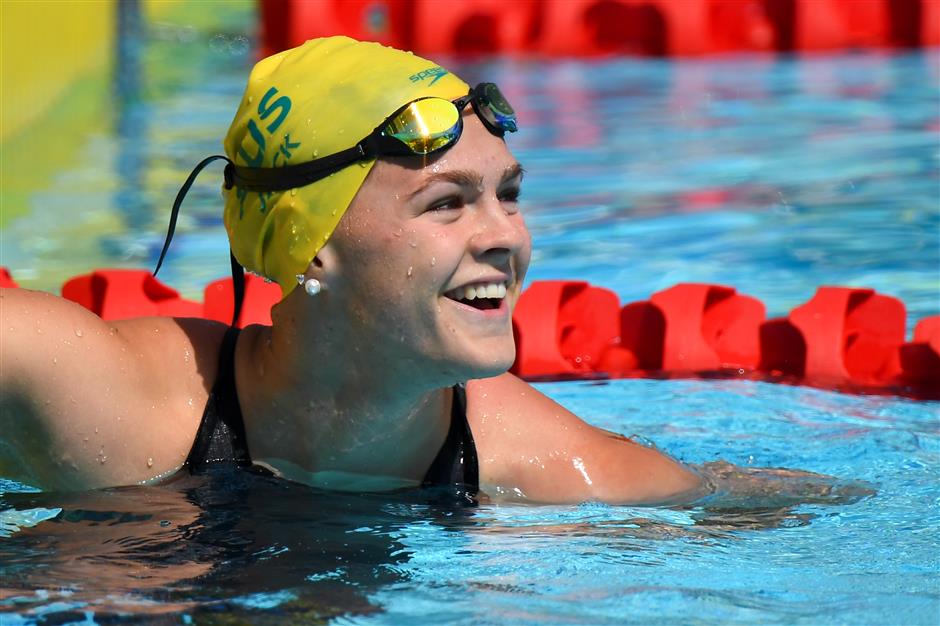 In this file photo taken on April 06, 2018, Australia's Shayna Jack smiles after the women's 50m freestyle qualifications during the 2018 Gold Coast Commonwealth Games at the Optus Aquatic Centre in the Gold Coast.

Australian swimmer Shayna Jack has been notified that she faces a four-year suspension after testing positive to a banned drug, unless she can prove her innocence, a report said Tuesday.

The Daily Telegraph said the Australian Sports Anti-Doping Authority had told Jack she will receive a four-year suspension, the standard penalty for athletes who test positive for anabolic agents. The 20-year-old will be able to contest the sanction as part of normal processes.

Jack returned home days before the world championships in South Korea, citing "personal reasons." On Sunday she strenuously denied intentionally taking the banned substance, which she intimated could be found in contaminated supplements.

Swimming Australia head coach Jacco Verhaeren, who arrived back in Brisbane from the meet on Tuesday, said he believed Jack could "definitely" bounce back from the doping scandal.

"There are cases where the athlete's name is cleared and it was all a mistake or contamination or whatever it was. And sure they come back from that," he told reporters.

Horton refused to share a podium with Sun, who was cleared of wrongdoing after being accused of smashing vials of blood following a test last year, a decision that is the subject of a World Anti-Doping Agency appeal.

Australia's newspapers have plastered the story across both their back and front pages, while the social media backlash has been swift, with the swimmer being inundated by trolls calling for her to be banned and denouncing her as a "hypocrite."

Her manager Phil Stoneman said Monday that the 20-year-old did not ingest the drug via supplement tablets and was now examining her diet.

"It's a bit of jigsaw puzzle as to how this has come into her system."

The Australian team were only told of her positive result on Saturday, with Horton later calling the revelations "disappointing."

The controversy, which comes on the heels of the "Sandpapergate" cheating scandal that rocked the national cricket team last year, risks doing further damage to Australia's sporting reputation.