Green and the Warriors have agreed on the terms of a four-year extension worth nearly US$100 million, a person familiar with the situation said on Saturday. The person spoke on condition of anonymity because the deal was unsigned, though that was expected to be completed imminently.

Green's new deal will start with the 2020-21 season, so he is under contract through 2023-24. Klay Thompson signed a five-year, US$190-million extension with the Warriors last month, and Stephen Curry is under contract through the 2021-22 season, so three major pieces of the Warriors' half-decade of success are now locked up for at least three more years.

"I think everybody thinks it's kind of the end of us," Green said in June, after the Warriors lost a six-game series to Toronto in the NBA Finals and saw their run of two straight titles come to an end. "But that's just not smart. We're not done yet. ... But, yeah, I hear a lot of that noise, 'It's the end of a run' and all that jazz. I don't see it happening though. We'll be back."

The Warriors added All-Star guard D'Angelo Russell this summer, while losing two-time NBA Finals MVP Kevin Durant to Brooklyn as well as parting ways with Andre Iguodala, DeMarcus Cousins and Shaun Livingston. So in many ways it will be a different Golden State team this coming season, when the five-time defending Western Conference champion begins playing its home games in the new Chase Center in San Francisco after moving from Oakland's Oracle Arena.

But the core — Curry, Green and, when he returns from his ACL injury, Thompson — will still be around. 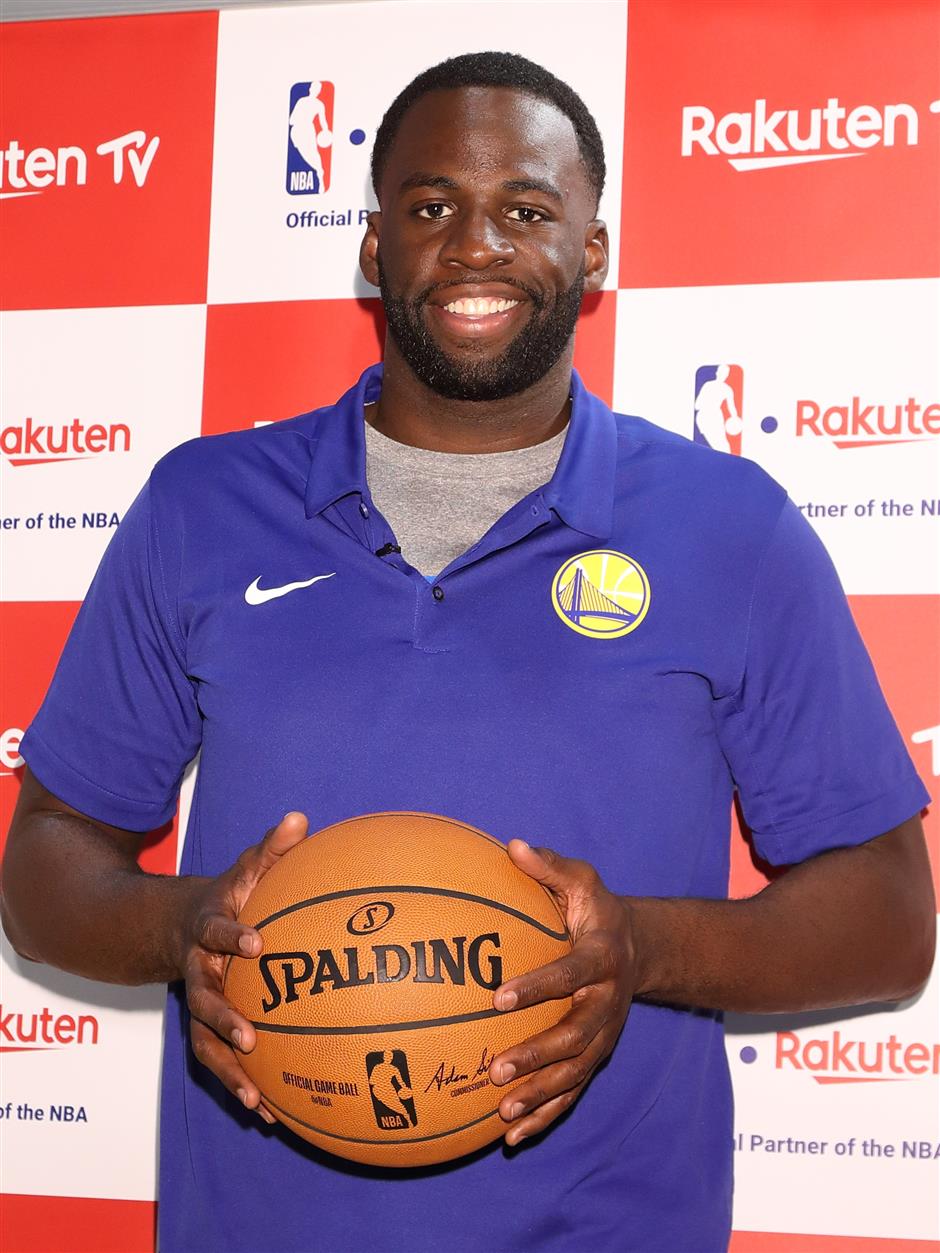 "Our core — myself, Klay, Draymond, adding D'Angelo and a lot of hungry, young guys trying to prove themselves in the league — it will look different in terms of the lineups and things like that," Curry said last month. "But the expectations of how we play and that championship-caliber basketball, that's going to be for us always the motivation and the challenge."

Over the past five seasons, the Warriors have won 77 percent of their games, including playoffs — a total of 399 wins, 100 more than any other NBA team in that span.

Green has been an enormous part of that success.

He is one of the league's elite defenders, a five-time All-NBA defensive team selection and the defensive player of the year in the 2016-17 season. Green, Curry and Thompson are the lone remaining Warriors players to have been on each of their last three NBA championship teams, in 2015, 2017 and 2018.

Green averaged 7.4 points, 7.3 rebounds and 6.9 assists per game last season. Only four other NBA players — LeBron James, Ben Simmons, Nikola Jokic and Russell Westbrook — averaged at least that much in all of those stat categories.

Including playoff games, Green also had six triple-doubles last season. That tied him for seventh most in the NBA.