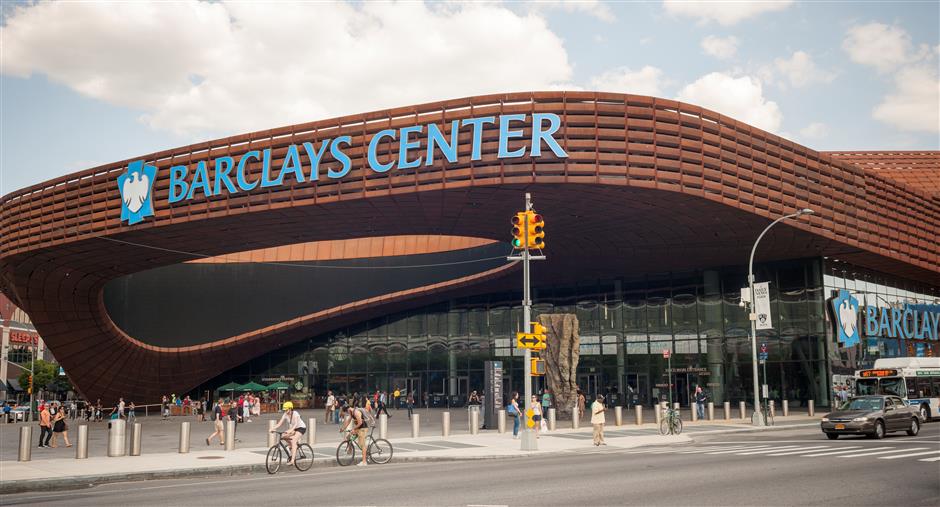 The Barclays Center in Brooklyn in New York on Saturday, August 9, 2014.

NBA's Brooklyn Nets confirmed Friday that its owner Mikhail Prokhorov is selling his controlling interest in the team as well as in the Nets' arena, Barclays Center, to Joe Tsai, the vice chair of China's e-commerce giant Alibaba Group.

According to a press release, Prokhorov has entered into a definitive agreement to sell full ownership of Barclays Center and his 51 percent controlling interest in the Brooklyn Nets, which he has held through his company Onexim Sports and Entertainment Holding USA, Inc, to an entity controlled by Tsai.

Prokhorov bought the Nets in 2010 and the Russian oversaw the Nets' move from New Jersey to Brooklyn. A little more than a year ago, Prokhorov sold 49 percent of the Nets to Tsai, which did not include the Barclays Center. But NBA pushes its owners to also own their arenas, which is one of the reasons Tsai will also be acquiring the Barclays Center.

Upon the closing of the arena and team transactions, which is expected by the end of September, Tsai will assume the role of Chairman of the Board of Directors for Barclays Center, and NBA Governor of the Nets and its affiliates.

The transaction requires the approval of the NBA Board of Governors. In the interim, the Nets' current management team will continue to run Barclays Center and the team under new ownership. CEO of BSE Global Brett Yormark will oversee the transition to new ownership and then will depart from his role after that.

Yormark was hired in 2005 to lead all aspects of the Nets move to Brooklyn and the opening of Barclays Center, including the branding, marketing, event programming, and sales. As CEO, he has transformed the Nets, revolutionized the team's consumer appeal, and led Barclays Center to become a top-grossing arena worldwide.

"It has been an honor and a joy to open Barclays Center, bring the Nets to Brooklyn, and watch them grow strong roots in the community while cultivating global appeal," said Prokhorov. "The team is in a better place today than ever before and I know that Joe will build on that success, while continuing to deliver the guest experience at Barclays Center that our fans, employees, and colleagues in the industry enjoy. Without Brett's innovative foresight and leadership, we would not be where we are today with the Nets and Barclays Center."

"I've had the opportunity to witness up close the Brooklyn Nets rebuild that Mikhail started a few years ago. He hired a front office and coaching staff focused on player development, he supported the organization with all his resources," said Tsai. "I will be the beneficiary of Mikhail's vision, which put the Nets in a great position to compete, and for which I am incredibly grateful. I also want to thank Dmitry and Brett for their guidance and friendship, and I hope to see them often in Brooklyn."

Tsai continued, "We are committed to maintaining Barclays Center's iconic status by bringing together culture, community, and entertainment for our fans and everyone in New York."

"I want to personally thank Mikhail and Onexim CEO Dmitry Razumov for their loyalty and support. We have shared an incredible partnership and I am so grateful to have been part of this team," said Yormark. "I have the utmost confidence that Joe and his group, alongside current management, will continue to lead the way in shaping a strong future for Barclays Center and the Brooklyn Nets."

This summer, the Nets reeled two of the biggest names in free agency: forward Kevin Durant and guard Kyrie Irving. Those additions -- plus other offseason moves by Brooklyn to shore up its depth -- have the Nets looking like a favorite to rise quickly in the Eastern Conference. That comes after a 42-40 season and playoff appearance in 2018-19 that confounded most experts.