Formerly president of Shanghai International Port Group, Chen became the new head of the CFA during its 11th membership conference at the National Football Training Center on Thursday.

From running a state-owned conglomerate that owns defending Chinese Super League champion Shanghai SIPG to assuming the top position in the CFA, Chen said he had read the football reform plan published by the Chinese government in 2015 "over and over again", with the purpose of understanding Chinese football better as a whole.

Aiming to qualify for the 2022 FIFA World Cup in the short-term, and transform the country into a footballing powerhouse by 2050 in the long-term, the 63-year-old told Xinhua he is ready to give his all despite significant obstacles ahead.

"The CSL and lower leagues have been rapidly developing in recent years, but our professional leagues are still facing a huge crisis," Chen cautioned. "Our clubs can barely achieve sustainable development. The owners have invested a lot but earn little back. Some lower league clubs are on the edge of bankruptcy.

"I realized this could be detrimental to Chinese football when I was at Shanghai SIPG, and I feel more anxious since preparing for the CFA election three months ago."

Having worked at one of the CSL's highest-spending clubs for six years, Chen is fully aware of the hidden crisis, and worried about the soaring expenditure and relatively low revenue among Chinese clubs.

"The healthy development of professional leagues is the cornerstone of Chinese football. Clubs need to be financially independent. We are far from that," Chen stated, noting that his first move will be to focus on promoting the independent operation of the CSL, which is currently managed directly by the CFA.

According to his blueprint, the future CSL should operate as an independent and market-oriented corporation like the Premier League in England and Spain's La Liga, in which member clubs act as shareholders. The CFA would no longer be involved in the day-to-day operation of the league, instead functioning as a supervisory body.

"I think in the future, the CSL and the CFA will be partners. As long as we make the rules clear, there won't be much conflict between the two and our professional leagues will be able to develop themselves better. The policies in the league will be more consistent," Chen said, adding that the new plans would be drawn up in October in time to be implemented ahead of the 2020 CSL season.

Many within the game have postulated that the future success of Chinese football depends on whether the sport flourishes at the grassroots level. After months of in-depth research, Chen said he believes that a lack of qualified coaches and suitable football fields are the "main reasons impeding the further development of young footballers in China". 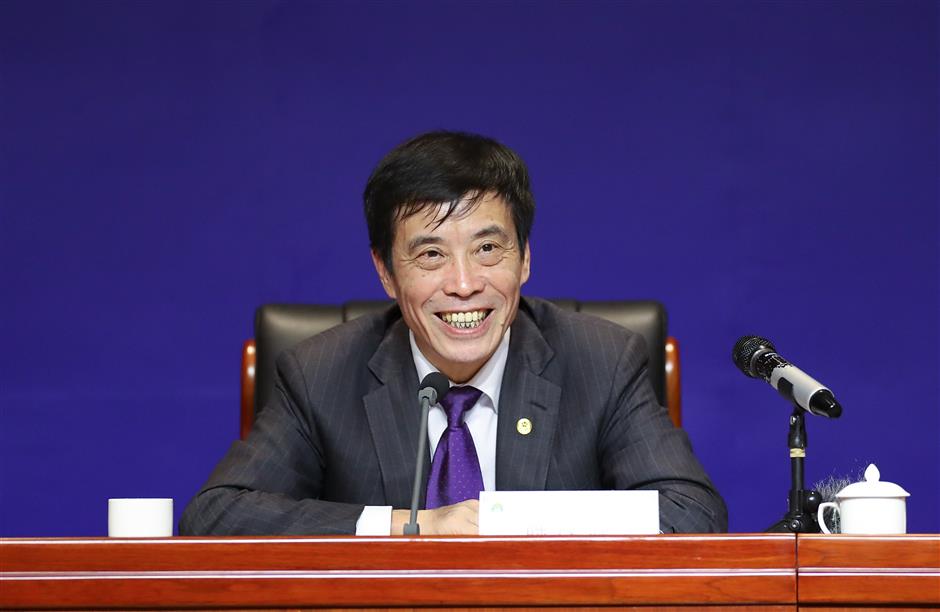 According to CFA statistics, China has been running a considerable amount of projects to train local coaches. Over the past four years, the number of coaches trained has increased by nearly 38,000, and the CFA has established 33 national youth training centers across the country and three international training centers worldwide.

"It's not enough," he repeated.

"Take campus football as an example. The reform plan said that China will build 50,000 specialist football schools by 2025, which means we need more than 100,000 coaches. However, the whole country only has around 60,000 registered coaches," the former businessman revealed.

"This is one of the big problems of Chinese football. I have discussed with top government officials about setting up a football academy specializing in training football coaches, referees and other football-related professionals," Chen added.

Speaking about naturalized players, he insisted that "Chinese football should not pursue quick success".

"Long-term development is important, so (using naturalized players) is the short-term goal. I want to achieve success in the present and the future," Chen affirmed.

The most pressing short-term objective for the new CFA president is doing well in the upcoming 2022 FIFA World Cup qualifiers in September.

"There is no denying that we want to go to Qatar. In my opinion, the biggest contradiction in Chinese football is that the lackluster performance of the national team does not meet the expectations of Chinese fans," he said. China's men's national team, now ranked 71th in the world, has featured at just one FIFA World Cup, in 2002.

"Frankly speaking, I told the media that I don't agree with introducing naturalized players without Chinese heritage last year when I was still working at Shanghai SIPG," Chen noted. "However, as the CFA president, I have to think about the current situation."

Just one day before Chen's appointment, the CFA confirmed that Brazil-born forward Elkeson, who had worked with Chen at Shanghai SIPG for three years, has been called up by the Chinese national team to become its first naturalized player without Chinese heritage.

Chen promised that using naturalized players is not and will never be a long-term policy for Chinese football. "Naturalized players can be helpful in order to achieve the national team's short-term goals. It doesn't mean we will naturalize many foreign players, and the number will be very limited."