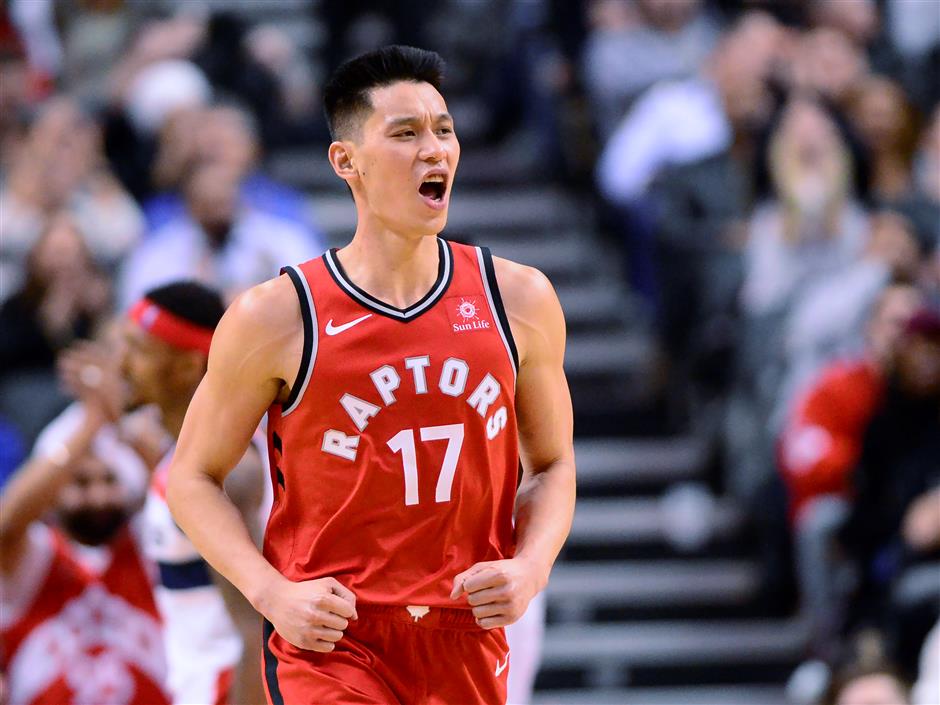 Jeremy Lin, the first Asian-American to win an NBA title, is moving to the Beijing Ducks, the team announced on Tuesday, bringing one of China's favorite basketball players to its domestic league.

Lin was part of the Toronto Raptors team that won the National Basketball Association championship last season, but he was often benched during the playoffs as he struggled with his form.

The man behind the 'Linsanity' hysteria of 2012 became an unrestricted free agent this summer, and struggled to find a new team in the NBA.

The Ducks, long one of the strongest teams in the China Basketball Association league, swooped in to sign him, and announced it on their official Weibo social media account.

"Jeremy joining the Beijing Ducks men's basketball shows his confidence in us and is an honor, we sincerely welcome him," said Ducks club chairman Qin Xiaowen.

Lin's path since his rise to fame in 2012 has been a troubled one, switching between several NBA teams.

He broke down in tears during an emotional appearance in Chinese Taipei last month when he described feeling abandoned by the NBA.

"Every year it gets harder," Lin said at the time.

"In English there's a saying, it says once you hit rock bottom, the only way is up but rock bottom just seems to keep getting more and more rock bottom for me."

Lin has also struggled with injuries and inconsistency since he led the New York Knicks to a seven-game win streak in 2012 to level their record at 15-15.

That season elevated his stardom far beyond the United States to China, where basketball has a huge following. Lin became something of an idol in China, as the country looks to find a replacement after Yao Ming's retirement.

The Ducks, three-time CBA champions, last lifted the jade-vessel-shaped trophy in 2015 with the help of former Knicks player Stephon Marbury, who later won a green card in China.

Meanwhile, the NBA's Brooklyn Nets have signed guard Caris LeVert to a contract extension after his remarkable recovery from injury last season.

The 2016 first-round pick was averaging a team-best 18.4 points in his first 13 games before sustaining a dislocated right foot, a gruesome-looking injury that had players in prayer as he was taken off the court on a stretcher.

But it was quickly determined that he wouldn't need surgery and would be able to return during the season, which he did after missing about three months. He helped the Nets make the playoffs, where he averaged 21 points in a first-round loss to the Philadelphia 76ers.

Terms of the deal announced on Monday were not disclosed.

The Nets respect the way LeVert has overcome injuries dating to college at Michigan, and view him as an important piece of a team that signed superstars Kevin Durant and Kyrie Irving in July.

General manager Sean Marks says "Caris personifies what it means to be a Brooklyn Net, and we firmly believe his best basketball is in front of him."