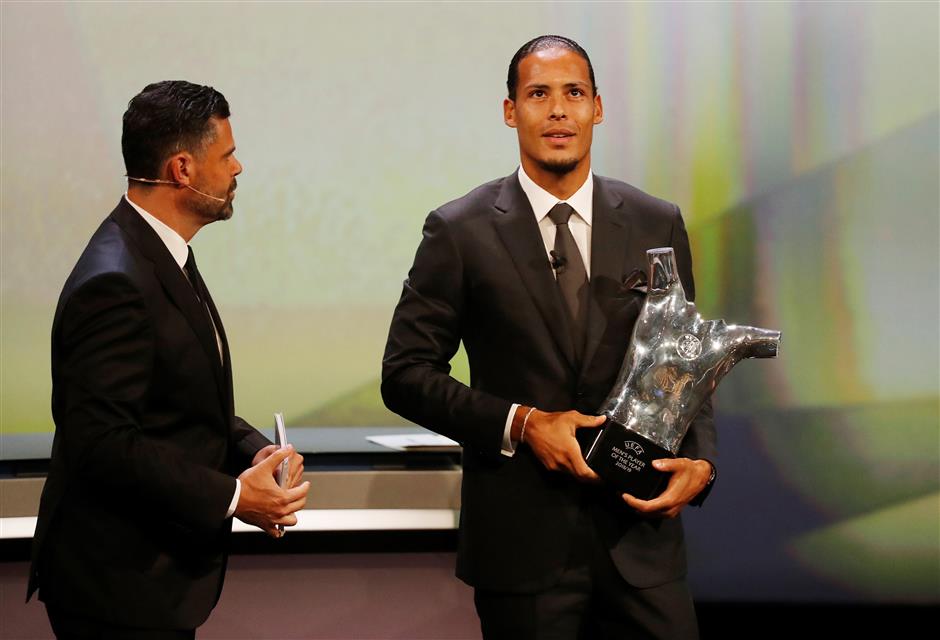 Liverpool's Virgil van Dijk poses with the UEFA Men’s Player of the Year award during the UEFA Champions League Group Stage draw at Grimaldi Forum in Monaco on Thursday. The Dutchman also won the Defender of the Season honor.

Juergen Klopp's side, which beat Tottenham Hotspur in June's final to win its sixth European Cup, will also face Austria's Salzburg and Belgian side Genk.

The draw in Monaco produced two fascinating groups which should deliver a real battle for qualification with Barcelona facing Borussia Dortmund, Inter Milan and Slavia Prague in Group F.

Real Madrid coach Zinedine Zidane will return to his homeland France for a clash with Paris Saint-Germain in Group A which also includes Club Brugge of Belgium and Turkey's Galatasaray.

English Premier League champion Manchester City was handed the kindest draw of all four English representatives, with Pep Guardiola's men coming up against Italian debutant Atalanta along with Shakhtar Donetsk and Dinamo Zagreb in Group C.

Perhaps the most balanced section sees Russia's Zenit Saint Petersburg, Benfica of Portugal, French Ligue 1 side Lyon and RB Leipzig of Germany clash in Group G. The first fixtures in all groups will be played on September 17 and 18. 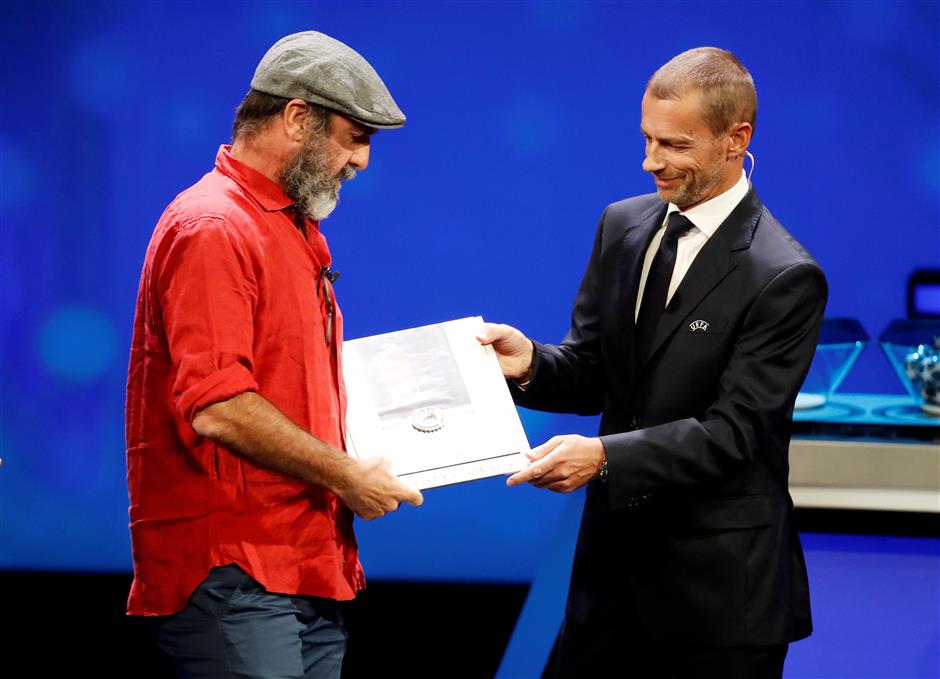 Dutchman Van Dijk starred as Liverpool won the UCL last season with a 2-0 final victory over Tottenham in Madrid.

"I need to thank my teammates, without them I would not have achieved what I have achieved," Van Dijk told BT Sport.

"It's been a long road and it's part of my journey. I'm very proud to get this trophy. It's credit to everyone who has helped me."

The 28-year-old is the first defender to win the award since the inaugural edition in 2010-11.

Liverpool also had Alisson Becker named the best goalkeeper, while Messi settled for being the best striker and Ajax Amsterdam's Frenkie de Jong as best midfielder.

Cantona said "only accidents, crimes, wars will still kill us, but unfortunately crimes and wars will multiply. I love football".

It came after Cantona, who was fondly referred to as King Eric by fans of former club Manchester United, was asked to give his thoughts on receiving the accolade in Monaco.

Dressed in a red shirt and grey cap, Cantona started off by invoking William Shakespeare's King Lear: "As flies to wanton boys, we are for the gods."

Cantona was known as an original thinker on and off the pitch, and has a history of making nonsensical statements.

At a news conference in February 1995 after he was handed an eight-month ban for jumping into the stands and kicking a fan in England, Cantona's only comment before walking out of the room was: "When the seagulls follow the trawler, it's because they think sardines will be thrown into the sea."