Sunday's 73-86 loss to Nigeria in the classification round for teams outside the top 16 means China has failed to qualify for the Tokyo Olympics directly from the World Cup, just days after the shock of crashing out at the group stage.

But the hosts failed to qualify for the last 16 after losing to Poland and Venezuela before the Sunday's reverse against the Africans in Guangzhou.

Asked at a press conference after the Nigeria game who took responsibility for China's poor performance, a grim-faced Yao responded "Me", before walking away.

Former Houston Rockets All-Star Yao led China to some of its best results in global competitions, fuelled basketball's popularity in China and raised expectations of a strong run at its home World Cup.

"It is me who disappointed the fans," NBA Hall-of-Famer Yao said after the game.

"The fans had great expectations for China at the World Cup, but we could not make it," the former Shanghai Sharks star added.

"(The World Cup) is a window for us to look out to the world. The gap between China and the world-leading basketball countries has been enlarged." 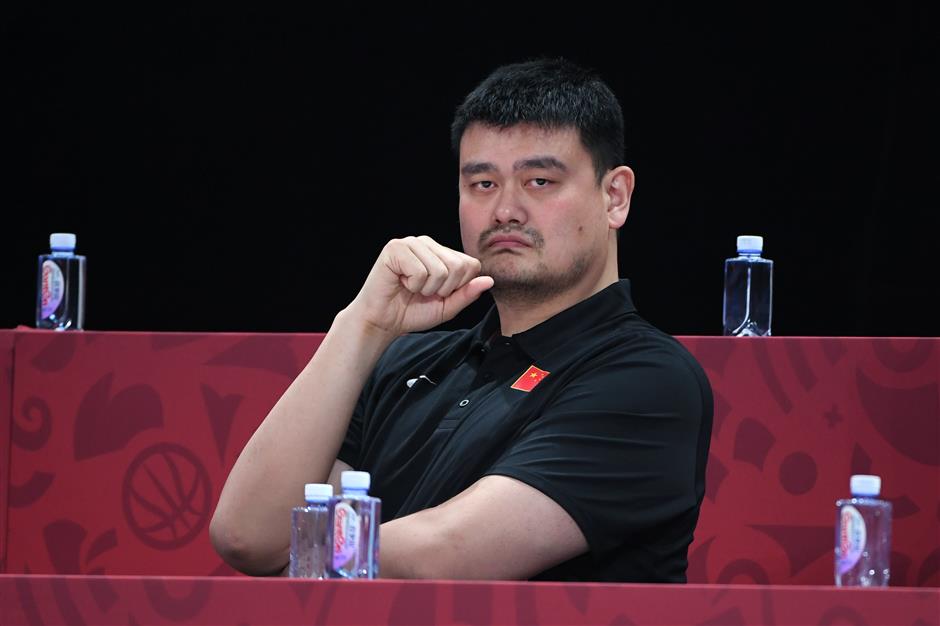 Yao Ming watches the 2019 FIBA Basketball World Cup Group A game between Venezuela and China in Beijing on Sept. 4, 2019.