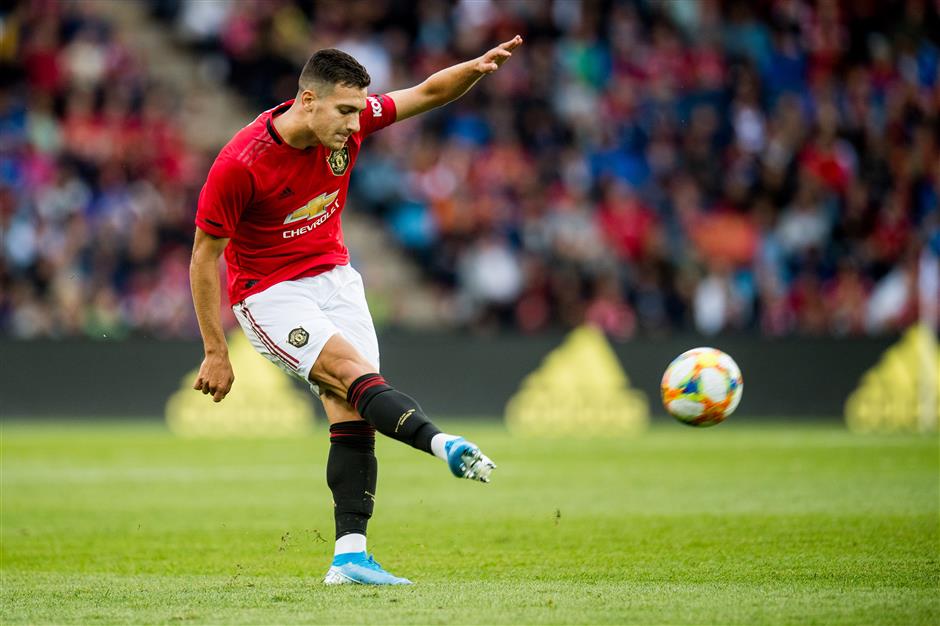 Diogo Dalot of Manchester United in action during the friendly match against Kristiansund in Oslo, Norway, in this July 30, 2019, photo.

Injured Manchester United defender Diogo Dalot has been having treatment at Chinese Super League club Shanghai SIPG under a Brazilian physiotherapist known as the "Miracle Doctor".

The 20-year-old Portuguese right-back is yet to feature this season and manager Ole Gunnar Solskjaer said last month that he was out until after the current international break.

What Solskjaer did not say is that Dalot, a US$25-million capture in June 2018 from Porto, was suffering with a hip problem and had gone to see Shanghai's physio Eduardo Santos.

Dalot landed in Shanghai on August 29 and spent 10 days with the CSL champion, the club said, publishing a photo of the defender at its training ground.

Dalot, who could be moved to a more advanced role on United's right after the signing of Aaron Wan-Bissaka, may now be in contention for an English Premier League start this month.

Santos was dubbed "Miracle Doctor" by French media in 2015 after getting Arsenal defender David Luiz — then at Paris Saint-Germain — fit in just a few days after a serious hamstring tear.

Former Chelsea man Luiz had contacted his fellow Brazilian, then employed by Zenit St Petersburg, and flew off to Russia for treatment.

There have been murmurs from experts querying how he can get players back into action so quickly, but Santos said in an interview last year: "What we do is not a miracle.

"I do science, and of course the results that I have are really, really good."