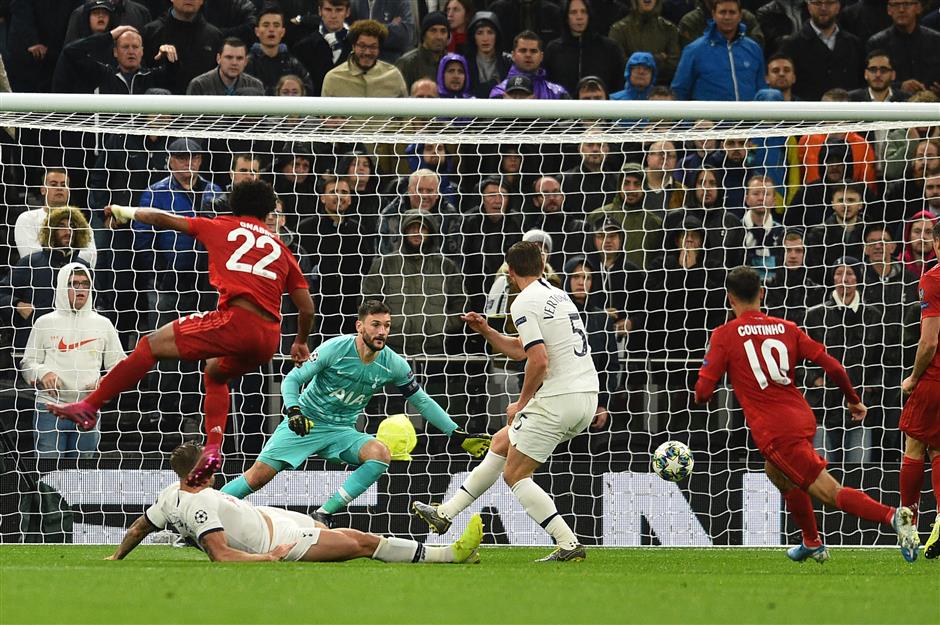 The wrong kind of history.

Tottenham was picked off repeatedly by Bayern Munich in a humiliating 7-2 loss on Tuesday, the first time the English team has conceded seven goals in a home match in any competition in its 137-year history.

Another team in trouble is Real Madrid, which has failed to win at least one of its first two games in the group stage for the first time in Champions League history. To avoid defeat against Club Brugge on Tuesday, the 13-time European champions had to fight back from 2-0 down to draw 2-2.

Tottenham slumped to the biggest margin of defeat by a team from England playing at home in any European competition.

Adding insult for Tottenham was the sight of Serge Gnabry, a former player at fierce rival Arsenal, scoring four of the goals for Bayern with clinical finishing. All of them came in a wild second half in the Group B game featuring six goals in total.

While it was a statement win for Bayern, which hasn't been widely regarded as one of the Champions League favorites amid something of a transitional season for the German club, the manner of the defeat exacerbates the concerns surrounding Tottenham and Pochettino.

Tottenham has been far from its best in the Premier League, squandered a two-goal lead to draw 2-2 at Olympiakos in its opening Champions League game, and was eliminated from the English League Cup by fourth-tier Colchester last week. Pochettino is in his sixth year as manager, leading to fears that Tottenham has gone as far as it can under the Argentine, who has spoken publicly about tensions in the squad since the loss to Liverpool in last season's Champions League final.

"We are very disappointed and very upset," Pochettino said, "but we have to stay together." 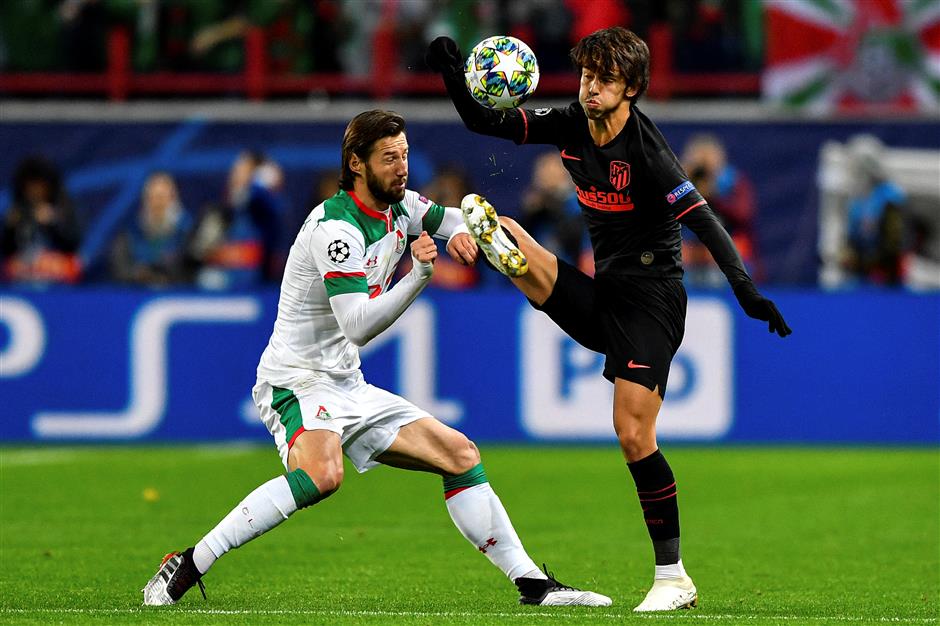 Barely 40 minutes had elapsed, Real Madrid was losing 2-0 at home to one of the Champions League's supposedly weaker teams, and Club Brugge scorer Emmanuel Bonaventure was taunting fans inside the Santiago Bernabeu by imitating the famous "Si!" goal celebration of Cristiano Ronaldo.

Success in European soccer's biggest club competition has come so easy for Zidane as Madrid coach — he won the Champions League an unprecedented three straight seasons in his first spell at the Spanish club — but he's not finding it so easy early in his second stint in charge.

Madrid's players roused themselves and recovered to draw 2-2 against their visitors from Belgium, thanks to headers by Sergio Ramos and Casemiro. But qualification for the last 16 is far from the certainty it seemed when the group-stage draw was made.

Having opened the group by being outplayed in a 3-0 loss at Paris Saint-Germain, Madrid — like Tottenham — is in last place on one point.

The Spanish team hasn't failed to advance past the group stage since the 1989-90 season, which was so long ago the competition was called the European Cup. A loss away to Galatasaray in the third round of games would make things extremely tough for the record 13-time European champions.

PSG didn't find its trip to Turkey straightforward on Tuesday, only winning 1-0 win thanks to Mauro Icardi's first goal for the French club.

It's now a record-extending 127 goals for Cristiano Ronaldo in the Champions League.

The Portugal forward scored the third goal in Juventus' 3-0 win at home to Bayer Leverkusen, adding to strikes by Gonzalo Higuain and Federico Bernardeschi.

Juventus opened Group D with a 2-2 draw against Atletico Madrid, which also responded with a win — 2-0 at Lokomotiv Moscow through goals by João Félix and Thomas Partey.

A lively substitute's appearance by Raheem Sterling sparked Manchester City to a 2-0 win over Dinamo Zagreb and a second straight win to open Group C.

City's finishing had been wasteful at Etihad Stadium before Sterling came on as a 56th-minute sub and met a cross from Riyad Mahrez with a side-footed finish from close range 10 minutes later.

Phil Foden, also on as a substitute but only in the 90th minute, made the points safe by running onto Sterling's pass on a counterattack and shooting low into the corner with virtually the last touch of the game.

The English champions are well on their way to qualification, having started with a 3-0 win at Shakhtar Donetsk two weeks ago.

In its second match, Shakhtar scored with practically the last kick before the final whistle to beat Atalanta 2-1 as the Italian side's first home game in the Champions League ended in disappointment.

Manor Solomon scored sin the fifth minute of stoppage time after Junior Moraes canceled out Duvan Zapata's opener for Atalanta in the first half.