"We apologize. We love China," Harden said, standing alongside fellow Rockets guard Russell Westbrook in Tokyo, where the team is playing two exhibition games this week.

"We love playing there. Both of us, we go there once or twice a year. They show us most support so we appreciate them."

The furore comes after general manager Daryl Morey -- whose Rockets attracted a huge following in China after signing superstar Yao Ming in 2002 -- posted a tweet Friday featuring the message "Fight for Freedom. Stand with Hong Kong".

The Rockets have enjoyed a huge following in China since the club drafted Chinese star Yao Ming in 2002.

The towering centre averaged 19 points and 9.2 rebounds in eight seasons with the team and became president of the Chinese Basketball Association in 2017. 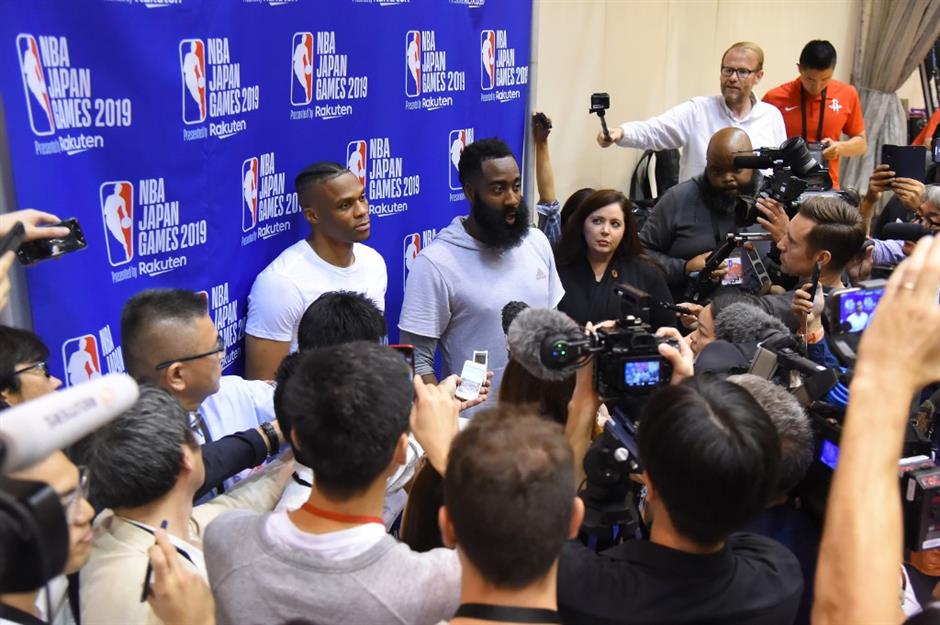 Russell Westbrook and James Harden of the Houston Rockets speaks to the media during practice and media availability as part of the 2019 NBA Japan Games at a training facility on October 7, 2019 in Tokyo, Japan.