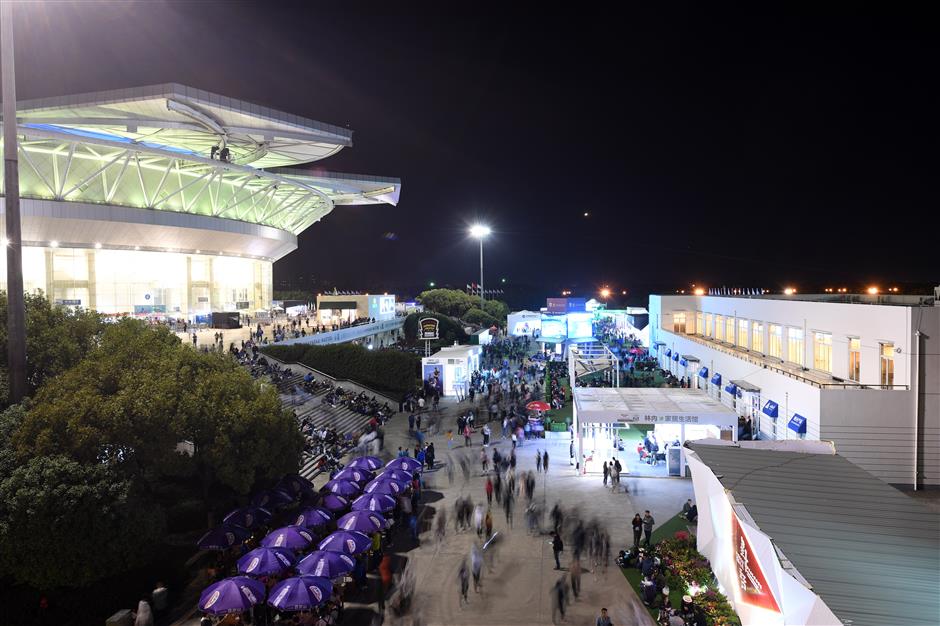 A view outside the Qizhong Tennis Center in suburban Minhang District during the ongoing Rolex Shanghai Masters.

Previously under the management of suburban Minhang District, the venue has hosted Shanghai’s major tennis events, including the Masters Cup and Shanghai Masters since 2005.

State-owned Juss Sports is the organizer of Shanghai’s major international sports competitions and also manages some of the city’s landmark sports venues, including the Oriental Sports Center in Pudong. The company held a press conference on Tuesday together with Minhang District government to make the announcement.

It was revealed that Juss has been taking part in Qizhong’s management since March. Apart from local tennis competitions, the venue successfully staged eSports and street dance competitions earlier this year.

According to Juss, the Big3 3-on-3 basketball league is scheduled to be held at Qizhong next month. Under Juss's management, the venue will continue to spread tennis culture while making full use of its resources and explore more market value, the company said.

Apart from the center court, the Qizhong Tennis Center boasts six indoor courts and 16 outdoor courts. The center held its largest revamp in May to improve court condition and players’ facilities.