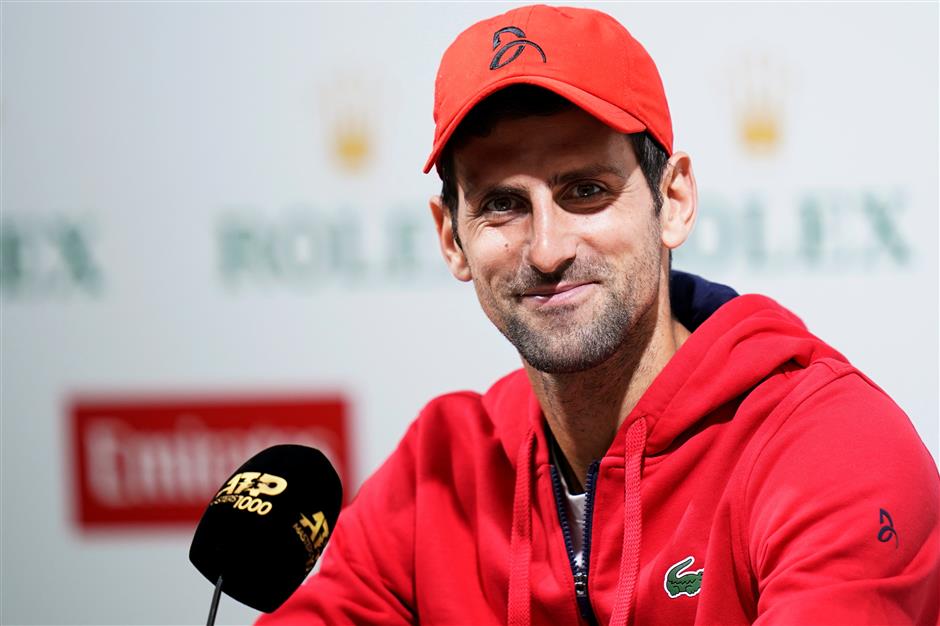 World No. 1 Novak Djokovic hailed Daniil Medvedev as a "very complete player" on Tuesday, having lost to the young Russian in their last two matches.

The 23-year-old Medvedev is at a career-high fourth in the world and reached the final at the US Open, only to be on the end of an agonizing five-set loss to Rafael Nadal.

Medvedev has won three titles this year, including beating Djokovic on the way to claiming victory at the Masters in Cincinnati in August.

"The last several months he's been playing the tennis of his life," Djokovic said at the Rolex Shanghai Masters, where he is the defending champion.

"He's played finals at least in every event in the last whatever, five, six events, which is amazing."

The 32-year-old from Serbia, who could again face Medvedev in the Shanghai semifinals, said it was hard to find a weakness in the Russian's game.

"He's improved his movement, his fitness. He's got the big serve, he's got the height and he uses angles very well," said Djokovic.

"Backhand — hard to break that backhand, it's very flat.

"He doesn't make many mistakes and he can hit anything he wants from that corner.

"Forehand maybe has been his weaker side, but now he's improved that, so he's a very complete player."

Nadal, ranked second in the world, pulled out of Shanghai because of a wrist problem.

But Djokovic is primed for a battle with the 19-time Grand Slam champion for the year-end No. 1 spot.

"I have been in this position many times before, obviously," he said.

"Rafa has had an amazing year so far and I have to do well here in order to really have a chance or go toe to toe with him in the indoor season."