Stefano Pioli is banking on three principles of coaching to help him turn things around at AC Milan.

The 53-year-old Italian, who has previously coached city rival Inter Milan, was hired by Milan on Wednesday to replace the fired Marco Giampaolo.

"Ideas, intensity and unscrupulousness," said Pioli, who has agreed to a two-year contract with Milan. "There are difficulties but they will be overcome by hard work."

Pioli is Milan's ninth coach since Massimiliano Allegri was fired in January 2014. During that time, Milan has also had three different owners and a multitude of directors in a period of instability.

"We have to become a united team as soon as possible. My aim is to improve each and every player, to bring out their best," Pioli said. "I will work from the morning to night. I am very demanding with myself as I am with my players, I won't stand for lack of desire or ambition."

Pioli's appointment has not been well received by many Milan fans, who are unhappy with his strong links to Inter. Pioli coached Inter during the 2016-17 season but was fired after losing 10 of 27 matches. He then went on to coach Fiorentina but left the club in April after a slew of poor results.

Pioli has also never won a trophy in his 16-year managerial career, although he did lead Lazio into the UEFA Champions League playoffs.

"I respect the fans and they have the right to criticize, but for me it's an additional incentive to do my work even better," said Pioli, who was an Inter fan when he was younger. "I was a child, the past is the past. Now I'm a mature professional. I want to do well and I hope that judgment will be passed only on what I do on the field and not on what I thought as a child." 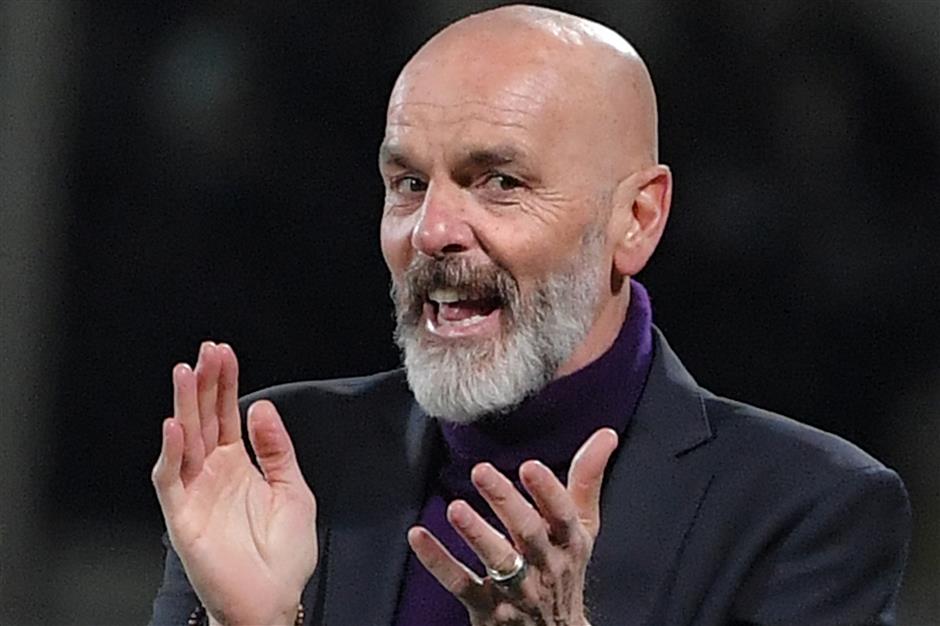 Giampaolo's dismissal on Tuesday meant his tenure at Milan was the shortest of any coach in the club's history. He was hired by Milan in June as a replacement for Gennaro Gattuso, who stepped down after a fifth-place finish left the team out of the Champions League. However, Milan has lost four of Giampaolo's seven matches in charge.

"This has not been a decision taken lightly. It is a decision made all together, putting the club above everything else," Milan chief executive Ivan Gazidis said. "We understand and we share the frustration of our fans. Milan has suffered in recent years and they fear the club's difficulties will never end."

Milan has not qualified for the UCL since 2013. The club voluntarily removed itself from this season's Europa League to pay for UEFA financial fair play breaches.

"We inherited massive financial breaches which led to our exclusion from European competition and debts which we had to clear," Gazidis said. "I don't say lightly that the path is difficult, it is difficult and it will take some time."

Despite Milan's poor start to the season, it is only four points below the UCL positions and next faces Lecce at home on October 20, after the international break.

"We have decided to make this decision now because we intend to fight for this season," Gazidis said. "There is a long way to go and there is time to turn the ship."