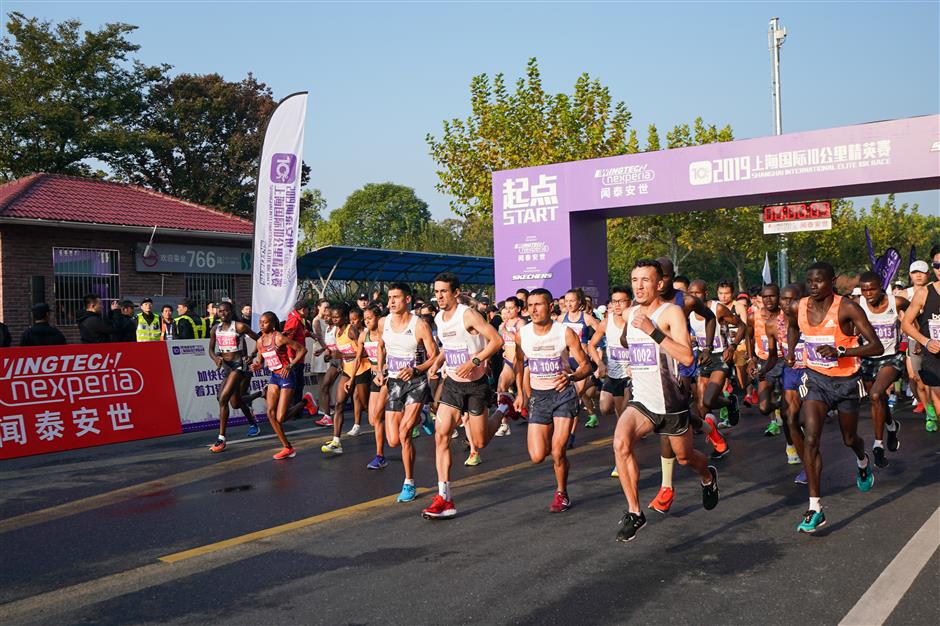 A total of 7,000 runners took part in the 2019 Shanghai International Elite 10K Race on Sunday.

Kenyan runners created the best results at the 2019 Shanghai International Elite 10K Race, which featured a total of 7,000 participants on Sunday morning.

Six thousand runners took part in the 10-kilometer main race while another 1,000 competed in the 6km health run. Both races started from the Suzhou Creek sightseeing pier.

Emmanuel Bor from Kenya won the men’s 10K race  in 27 minutes and 41 seconds. His compatriot Sheila Chelangat was the first women runner to cross the finish line at East China Normal University, clocking 31 minutes and 25 seconds. Both were best results in the event’s history.

The top 300 male and 300 female finishers of the 10K race are granted quotas for next year’s Shanghai International Half Marathon.

Some 728 volunteers, 61 referees and 700 public security officers were deployed for the event. Five medical spots and six ambulances had been arranged along the route to ensure runners’ safety.

To promote a “green running” theme, nearly 7,000 water bottles consumed during the event will be recycled and made into raincoats and bags to serve runners at future events.