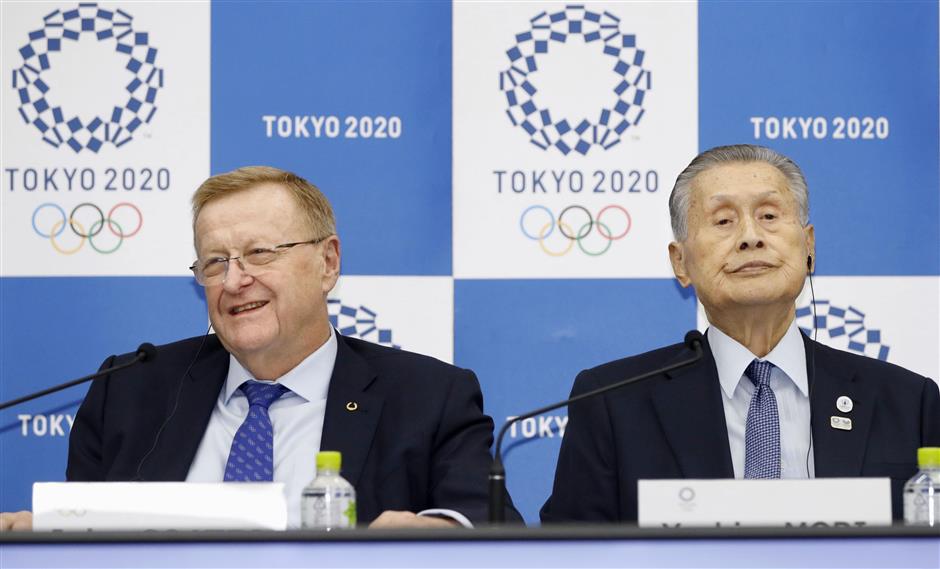 Tokyo has eventually accepted the International Olympic Committee's decision to move the marathon and race-walking events of the 2020 Games to Sapporo from the Japanese capital.

The IOC announced last month that the marathon would be moved to the northern Japanese city of Sapporo due to concerns over Tokyo's summer heat. Tokyo Governor Yuriko Koike has been a strong critic of the move and described the IOC decision as "unprecedented" earlier this week.

On the final day of the IOC coordination commission visit led by John Coates, a four-party working group meeting took place Friday, during which the next steps in moving the marathon and race walk events to Sapporo were discussed.

"Though we still do not agree we will not obstruct the decision made by the IOC, which has the authority to have the final say," Koike said, speaking through an interpreter after the talks with the IOC.

Cotes welcomed Koike's statement as well as assent from the 2020 organizers.

"We thank the four-party working group for productive discussions and cooperation in the change of venue for the marathon and race walk, in order to safeguard the health of the athletes. We look forward to moving forward as a united team, something which has successfully characterised these Olympic Games to date," he said.

"On behalf of the IOC, we also want to express our sincere appreciation to the people of Tokyo. We can fully understand the concerns and disappointment of Tokyoites, who are so enthusiastic and involved in these Olympic Games. It is for this reason that we have proposed to organize, together with the Tokyo Metropolitan Government (TMG), an 'Olympic Celebration marathon' after the Olympic and Paralympic Games. It will be an opportunity to say thank you and celebrate the outstanding contribution of the TMG and the people of Tokyo to the success of the Olympic and Paralympic Games."

The four-party working group also agreed that Tokyo will not bear the costs for the venue change and the IOC will not move any other events out of Tokyo, Coates said.

"During the meeting today, the IOC conveyed its thoughtful words to many Olympic fans in Japan, and Chairman Coates read to us a message from IOC President Bach," said Tokyo 2020 President Yoshiro Mori. "We in the Organizing Committee share these sentiments. We appreciate the fans' enthusiasm and will come together as one team and make our best efforts to ensure the success of the Games. After the four-party meeting, I contacted Sapporo mayor Akimoto and Hokkaido governor Suzuki. Both were very honored and said that they will be well prepared."

In addition to this important conversation, the IOC Coordination Commission members discussed several key topics during the three-day meeting, including transport, operational readiness and legacy.

Tokyo 2020 has achieved a succession of important milestones over the last several months, including the unveiling of the spectacular Ariake Gymnastics Center. With its opening, only three venues remain to be completed, all of which are more than 85 per cent finished. This includes the Olympic Stadium, which received glowing praise after the IOC Coordination Commission members toured the facility during their visit.

The Commission members also saw the Tennis Park, as well as stopping off at the Oi Hockey Stadium, where they had the opportunity to interact with athletes who are preparing to represent Japan in nine months' time.

"Tokyo 2020 has been extremely productive since our last Coordination Commission meeting. Preparations for these Olympic Games continue apace, and global interest in them continues to rise at incredible rates," said Coates. "Congratulations are in order to both Tokyo 2020 and the Tokyo Metropolitan Government for the successful organization of the most recent wave of test events, as well as for the delivery of venues on time."