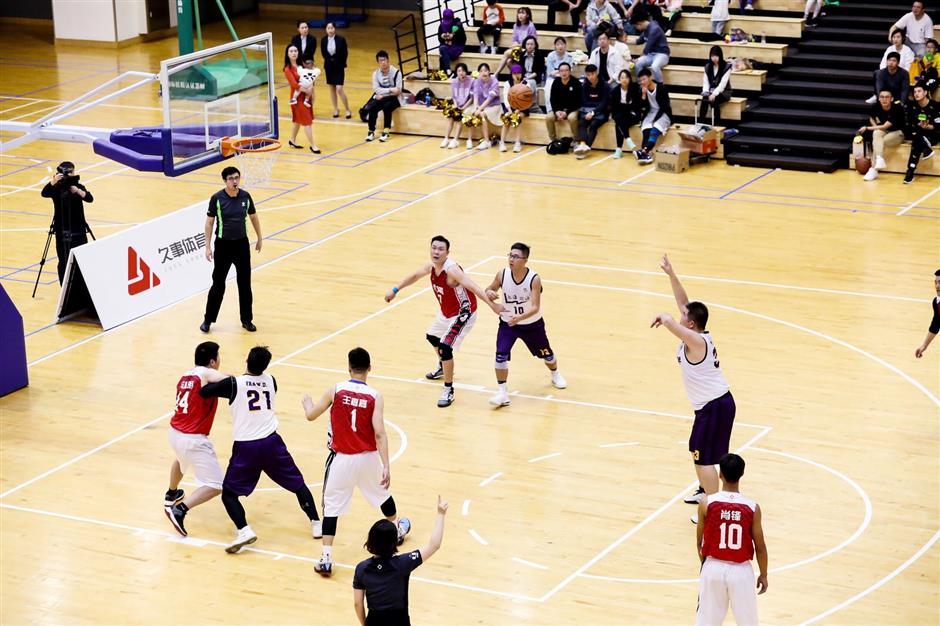 More than 500 city- and district-level officials competed in the 'Juss Sports Cup', a basketball tournament for local government agencies.

The “Juss Sports Cup”, a basketball tournament for Shanghai government agencies, came to a close at Pudong’s Oriental Sports Center on Sunday. More than 500 city- and district-level officials took part in competitions over the past seven days.

The event was a tribute to the 70th anniversary of the founding of the People’s Republic of China. The final was attended by Shanghai Juss Sharks players Huang Xu and Tang Zihao and Sharks’ former captain Liu Wei.

Huang and Tang showed their 3-point shooting and dunking skills, while Liu served as a commentator for the final of the competition.

As a traditional basketball competition for local government agencies, the event aims to boost communication among officials and build group cohesiveness.

Starting from this season, the Chinese Basketball Association's Shanghai Sharks have a new owner in Juss Sports, with Liu becoming the new team leader.

A retirement ceremony was held for Liu at Pudong’s Yuanshen Stadium on Saturday, before the start of the Sharks’ CBA season-opener against the Nanjing Monkey Kings, which the hosts won 93-84.

Accompanied by his wife and son, Liu was greeted by fans as well as his Shanghai and national teammates. Some of them, including Yi Jianlian and Wang Zhizhi, expressed their wishes for Liu through video link.

As the new team leader, Liu will assist Sharks head coach Li Qiuping in the team’s daily routine, including management and communication. 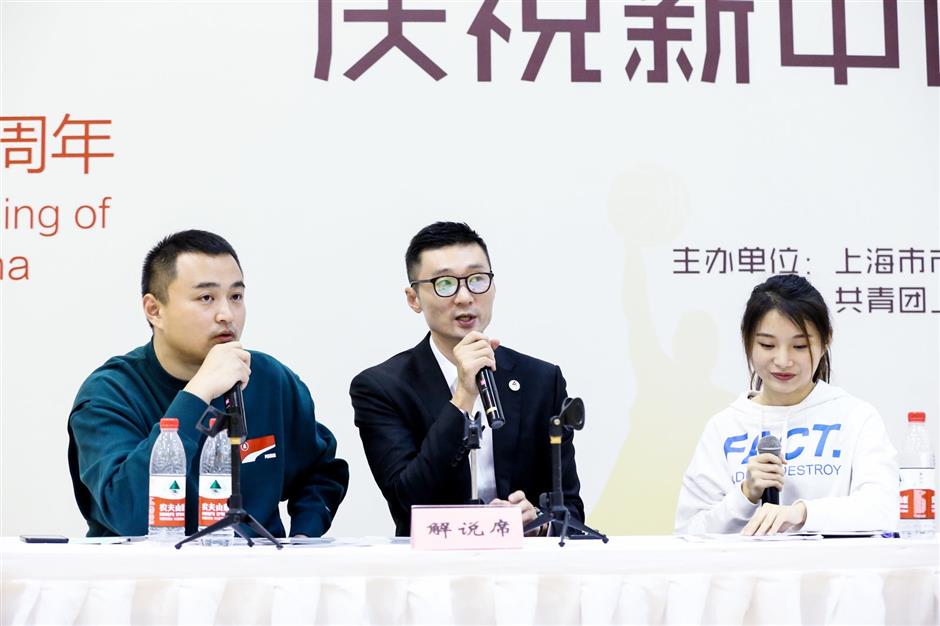 Shanghai Juss Sharks team leader Liu Wei (center) served as a commentator for the final of the tournament.