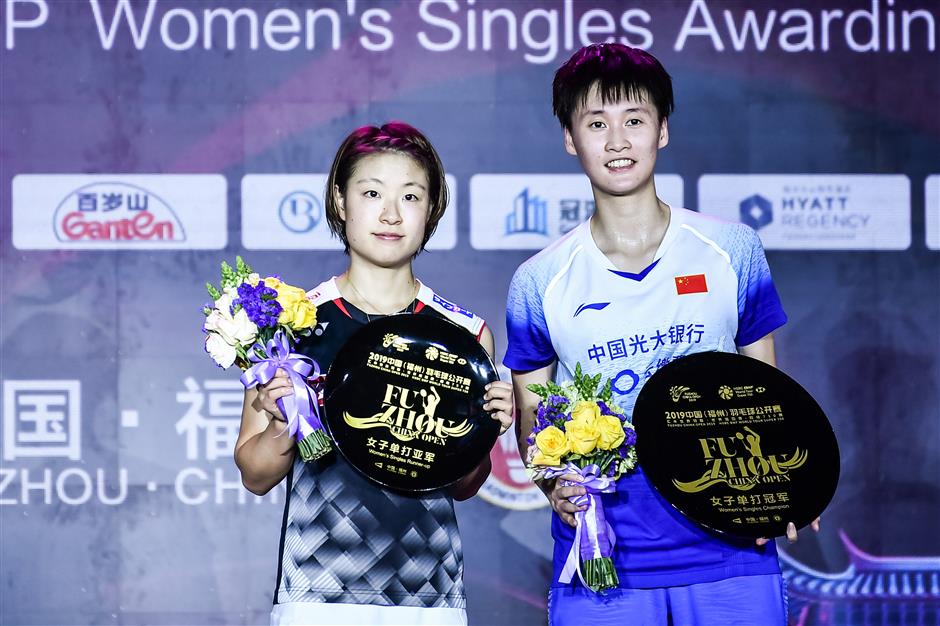 Women's singles title winner Chen Yufei (right) of China and runner-up Nozomi Okuhara of Japan pose with their trophies on the podium at the Fuzhou China Open in Fuzhou, southeast China's Fujian Province, on Sunday.

Chou saved one match point, but handed Momota the title by hitting into the net. The Japanese player fell onto his back and screamed in celebration, his fists clenched.

Momota lost the final of the Indonesian Masters in January to Denmark's Anders Antonsen and said that defeat sparked his incredible run of titles.

"I was in form in Indonesia and I was very disappointed when I lost," said the 25-year-old, whose haul in 2019 includes another world crown and the prestigious All England Open.

"I used that as motivation to work harder. I didn’t want to lose another final so I’ve put in a lot of effort."

The women's final was a similarly gruelling affair and likewise went to three games.

China's Chen lost the first game 9-21 to Okuhara but recovered to lift the Fuzhou title for the second year in a row by winning the next two 21-12, 21-18.

The 21-year-old Chinese, who withdrew from the Denmark Open due to an ankle injury last month, called a medical timeout in the third game when Okuhara was leading 2-1.

"I didn't twist my ankle again. It was just because of a scratch on my foot," Chen said.

The final result was more disappointment for Okuhara, who has now lost all six finals she has contested this year.

"I tried my best, but it wasn’t enough," she said.

"It’s very painful to accept. I’m very disappointed that I lost another final," said the Japanese, who still secured the world No.1 spot.

In contrast, this was Chen's fifth tournament triumph this year.

"I feel honored and proud of myself," she said.

The final was a repeat of last year, which Zheng and Huang won in three games.

However, Sunday's final saw a completely different scenario. Zheng and Huang, who had won 10 of their 11 head-to-head meetings with Wang and Huang, couldn't find their best form and conceded the final in just 31 minutes. 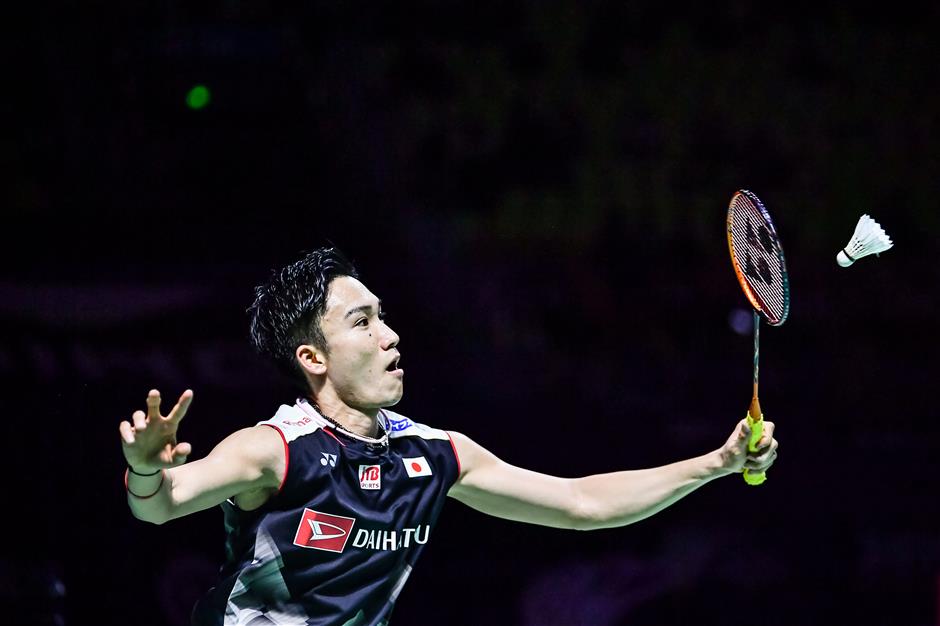 Japan's Kento Momota in action against Chou Tien-chen of Chinese Taipei in the men's singles final of the Fuzhou China Open in Fuzhou on Sunday.