Du Feng, the new head coach of China's national men's basketball team, says that the reform of the sport in China still has a long way to go.

China failed to directly qualify for next year's Olympic Games in Tokyo after a disappointing performance at the 2019 FIBA World Cup. Despite being tournament hosts, China only ranked 24 out of 32 teams with two wins and three defeats.

"The team is going through a very difficult time. Our basketball players and fans can see the gap between us and the leading teams through the World Cup hosted at home. Closing that gap should be our No. 1 priority," Du said.

Compared with foreign coaches, Du, who coached the Guangdong Southern Tigers to the CBA title in 2019, said he believes a Chinese coach will have an advantage in understanding Chinese players' mentality.

The first task for Du's team is the FIBA Olympic qualifying games in June next year, which Du called "Mission Impossible".

"After the end of next year's CBA league, the training period for the national team will be very short. It's much more difficult than the World Cup," Du noted.

China has never missed qualifying for the Olympics since 1984. However, considering the difficulty of the Olympic qualifiers, there are concerns that the national team may not perform well in the upcoming games. Du urged fans to have more patience with the team.

"Chinese basketball needs to continue with its reforms and has a long way to go," the 38-year-old said. "This project may require generations of efforts, and more understanding and tolerance from all walks of life." 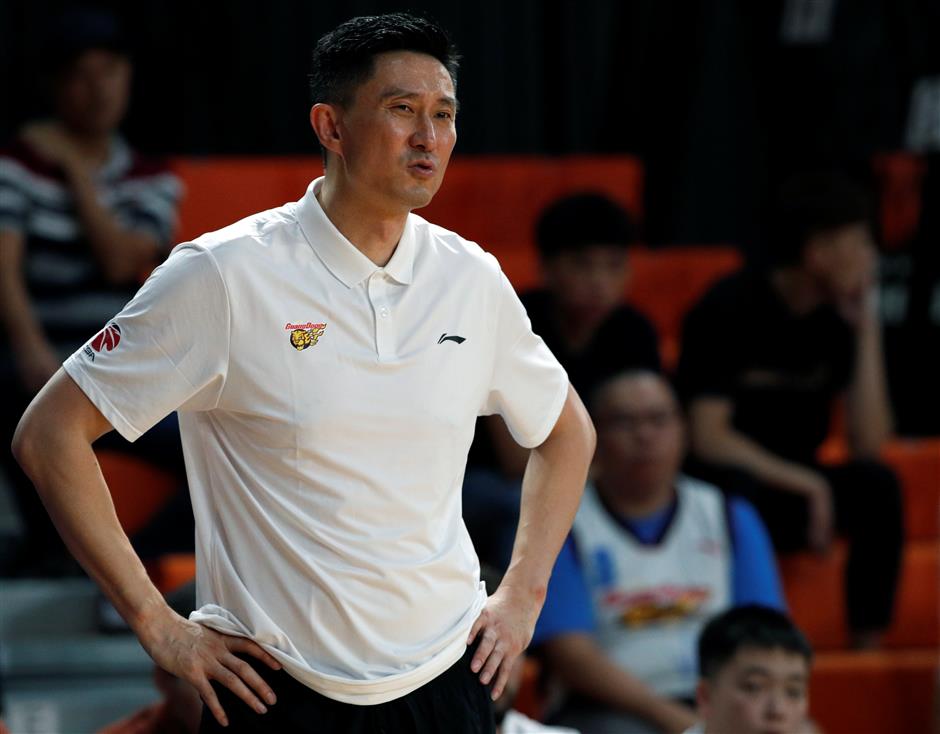 Meanwhile, Philadelphia 76ers coach Brett Brown is targeting Olympic gold at the Tokyo Games after being named for a second stint in charge of Australia on Wednesday, Reuters reported.

Brown, who coached the Boomers between 2009-2012, replaces Andrej Lemanis, who guided the team to fourth at both the 2016 Rio Olympics and the recent World Cup.

Brown has intimate knowledge of the Australian game, having coached the Melbourne Tigers, North Melbourne Giants and Sydney Kings in the nation's top flight.

"When the opportunity to coach the Boomers next summer in Tokyo came up, I was reminded of my deep history with Australia and Australian basketball,” the 58-year-old said in a statement.

"I felt a duty to try and help in any way that I could.

"This is our mission and my message to our team: We’re going into the 2020 Olympics to win a gold medal. I understand the magnitude of this statement. I would feel irresponsible having any other goal but this."

Brown coached Australia to the quarterfinals at the London Olympics, where it was beaten by eventual champion, the United States.

Lemanis, who succeeded Brown after London, took an Australian roster laden with National Basketball Association stars to Rio but they were heartbroken to miss out on a medal for a 14th successive Olympics.

Local media reported Lemanis had strained relationships with key players, with both Ben Simmons and Jonah Bolden late withdrawals from the World Cup.

Lemanis said his replacement by Brown, who manages both Simmons and Bolden at the 76ers, was a "collaborative process" and in the best interests of the team.

"I leave with plenty of fond memories,” he said.

"One of the key elements in making the Boomers environment so special is the willingness of everyone involved to sacrifice for the greater good of the team.

"It is my belief that for the Boomers to medal at the Tokyo Olympics, the coach best positioned to deliver that is Brett Brown."