The Chinese head coach of Hungary's short-track speed skating team has offered her resignation over an offensive comment made by Hungarian Olympic champion Csaba Burjan about China, the Hungarian National Skating Federation said.

The federation said in a statement on its website that it did not accept the resignation of Lina Zhang Jing and that it was in talks with her about her future. It apologized for what it called Burjan's "insulting behavior to China" and said Burjan had also apologized to Zhang.

"The Council of the Hungarian National Skating Federation apologizes for the attitude, which is completely unacceptable from a national athlete. The resignation of the head coach was not accepted, the council began negotiations with her," the federation said.

It did not say what the insulting behavior had entailed, and could not immediately be reached by phone.

Hungarian media reported that after arriving at a busy Shanghai Pudong International Airport for a World Cup series event at the weekend, Burjan had cursed China, using a swear word, on his Instagram social media account while standing in the queue. His post was later deleted.

Later Burjan, whose Instagram account is private, posted another message picked up by the online edition of Hungary's main sports daily Nemzeti Sport, saying: "Deeply sorry for yesterday's post. Was tired after a long trip didn't mean it."

Burjan refused to comment via his representative, and declined to confirm what the offensive remark was.

Burjan was a member of the Hungarian team that won a gold medal in the men's 5,000-meter relay at the 2018 Pyeongchang Winter Olympics in South Korea, the first ever for Hungary, with Zhang as the coach.

He was not allowed to participate in the Shanghai event and the federation said it had started disciplinary proceedings against him. 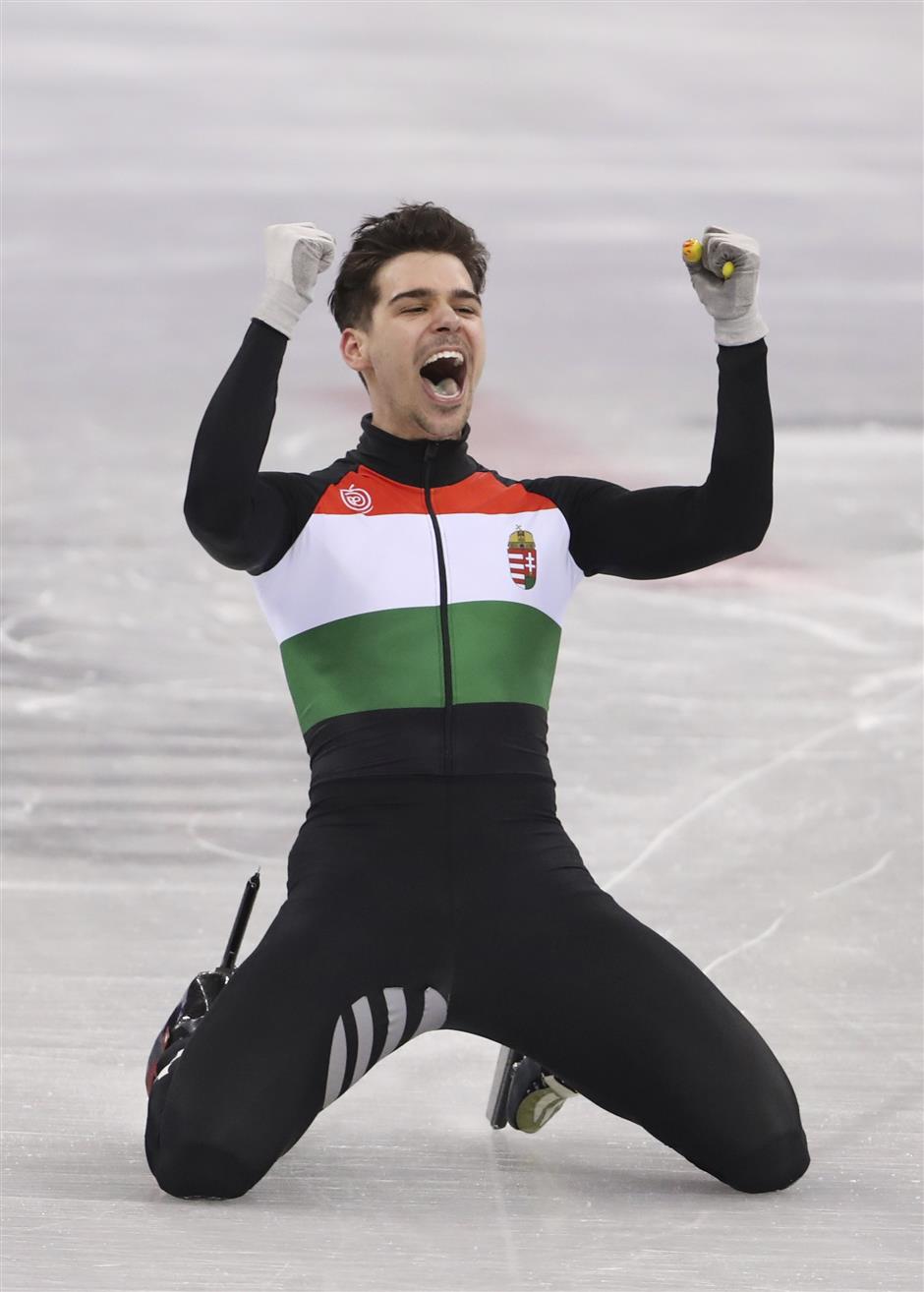 Csaba Burjan of Hungary reacts after winning the men's 5,000-meter relay final at Gangneung Ice Arena in Gangneung, South Korea, during the 2018 Pyeongchang Winter Olympics in this February 22, 2018, photo.