Lippi successor to be unveiled soon 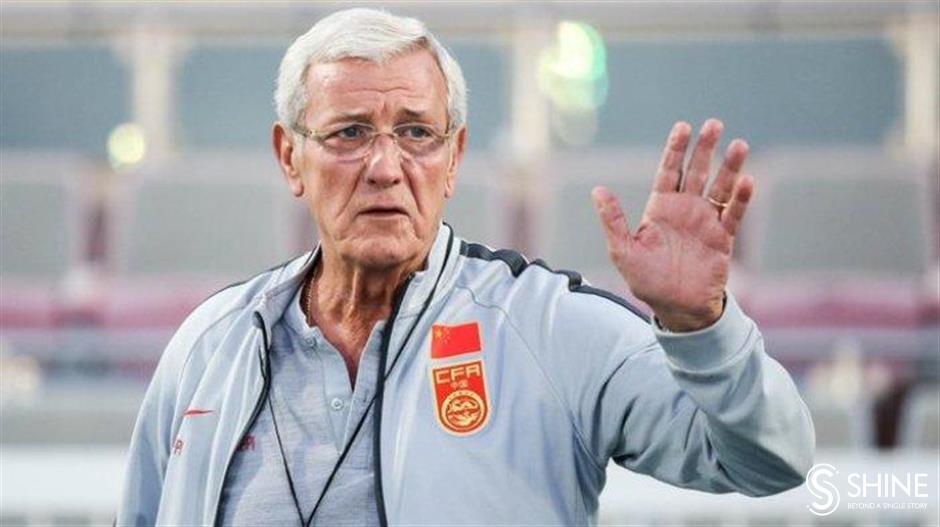 The Chinese Football Association is expected to appoint a successor to Marcello Lippi as the national team head coach in a few days after talks with three local candidates on Thursday.

Li Tie, Li Xiaopeng and Wang Baoshan, all coaches of Chinese Super League clubs, were interviewed by a panel of experts at a secret place, a CFA insider told Xinhua.

"Most of the CFA staff had no idea of where the interview was held," he said.

"As the national team will set up training camp on January 5, the new head coach will be unveiled on or before that date."

Li Tie, 42, and coach of Wuhan Zall is considered to be the favorite to fill in the vacancy left by Lippi's sudden resignation on November 14 when China lost away to Syria 1-2 in a crucial 2022 World Cup qualifier.

Li Xiaopeng heads Shandong Luneng while Wang is the coach of Henan Jianye.

"We did not expect it, his decision threw everything into turmoil," an insider with the Chinese team said.

The Chinese football chiefs, shaken by Lippi's walkout, decided to appoint a local coach who knows the team well and will be responsible.

China, eight points behind group leader Syria, will play its next Asian World Cup qualifier at home against the Maldives on January 26.

If China wins all of its remaining four group matches, it still has a chance to qualify for the final stage of the Asian qualifiers for the Qatar World Cup.